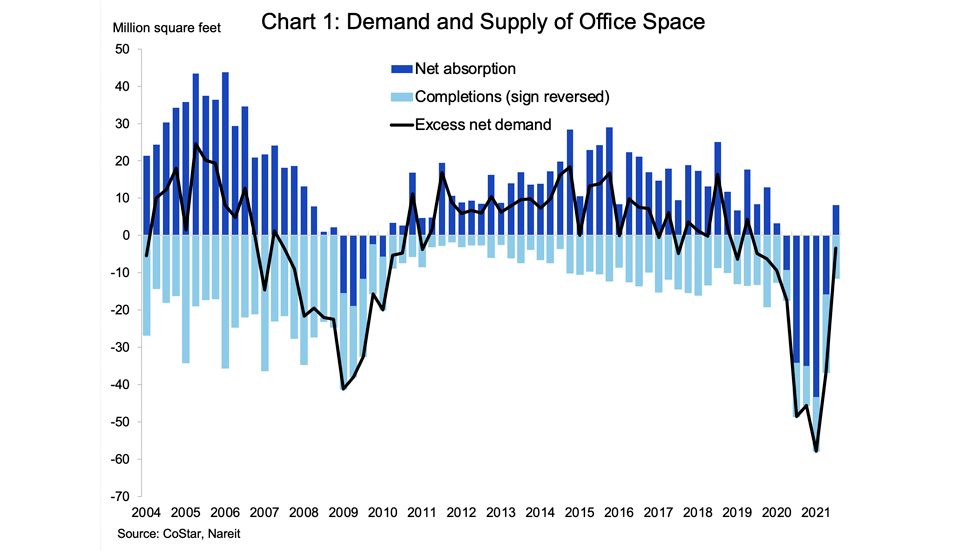 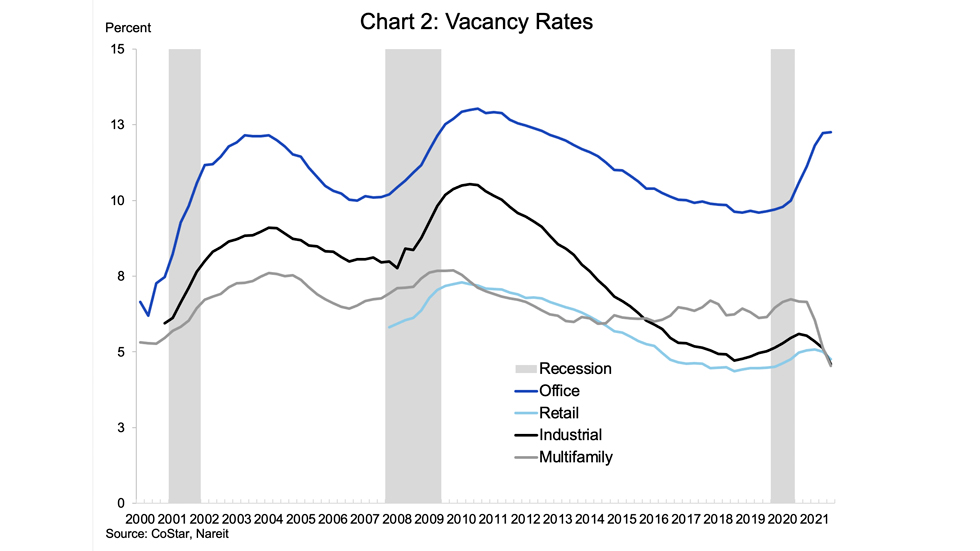 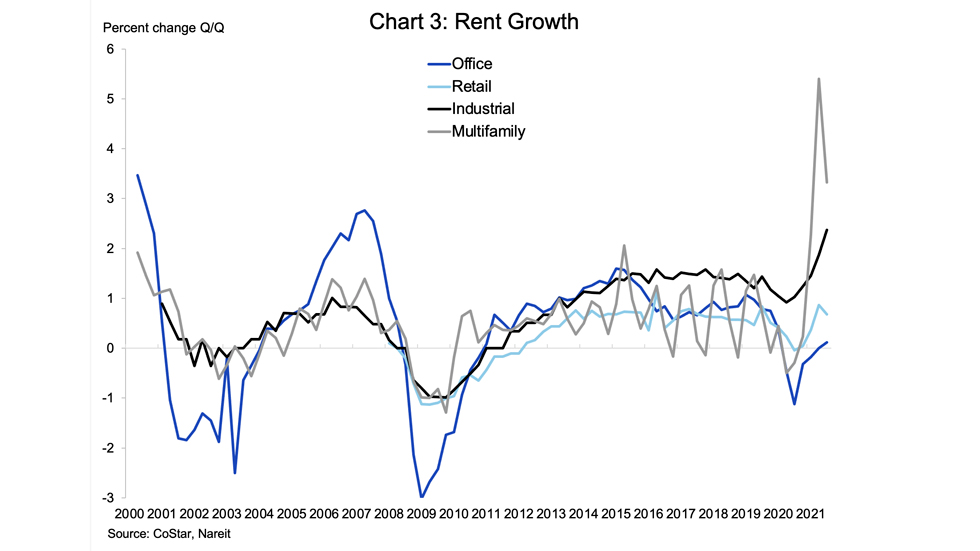 Office markets registered the increase in leased space since 2020:Q1, with net absorption of 8 million square feet. There were 12 million square feet of newly completed buildings, however, resulting in a 10 bp rise in vacancy rates (this is the smallest rise in vacancy rates, however, since 2019). Rents edged 0.1% higher, the first positive move since the beginning of the pandemic, but are still 0.4% lower than one year earlier; 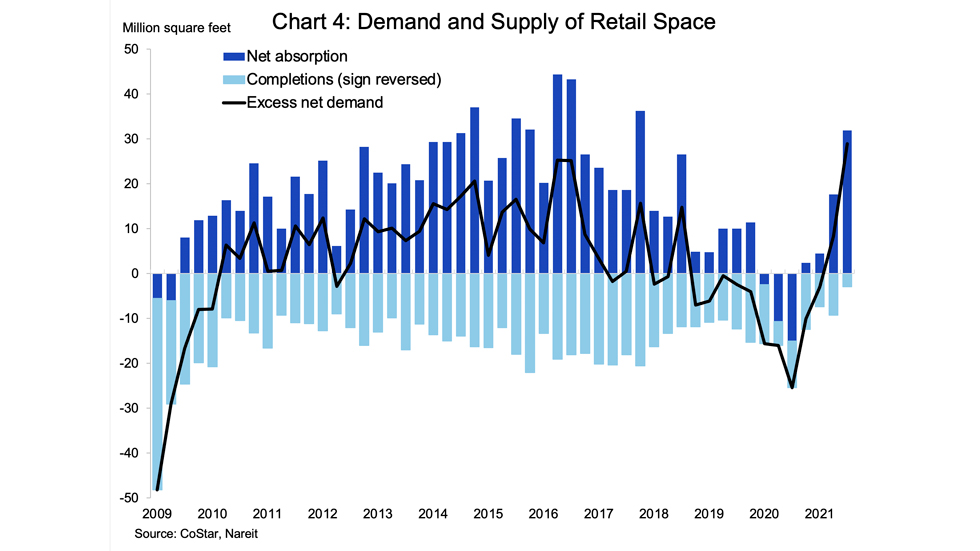 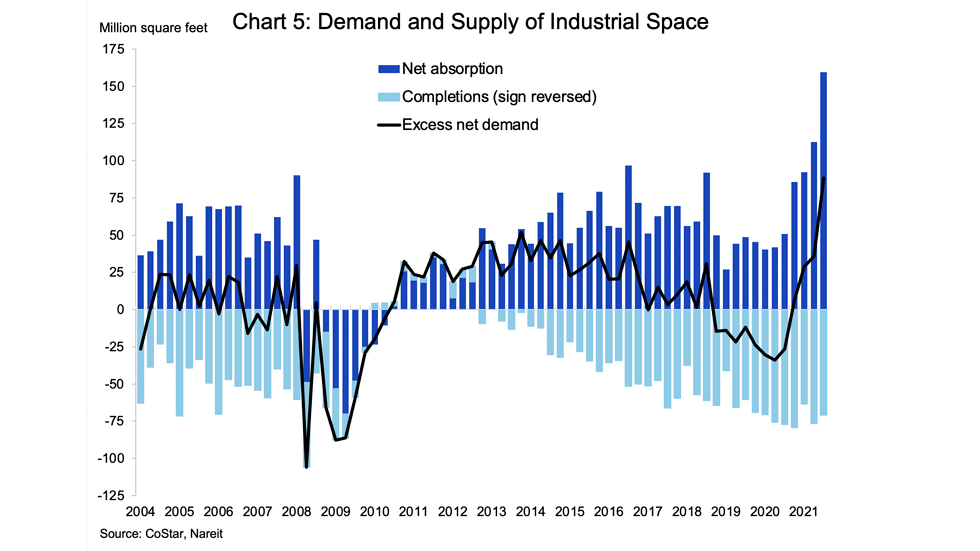 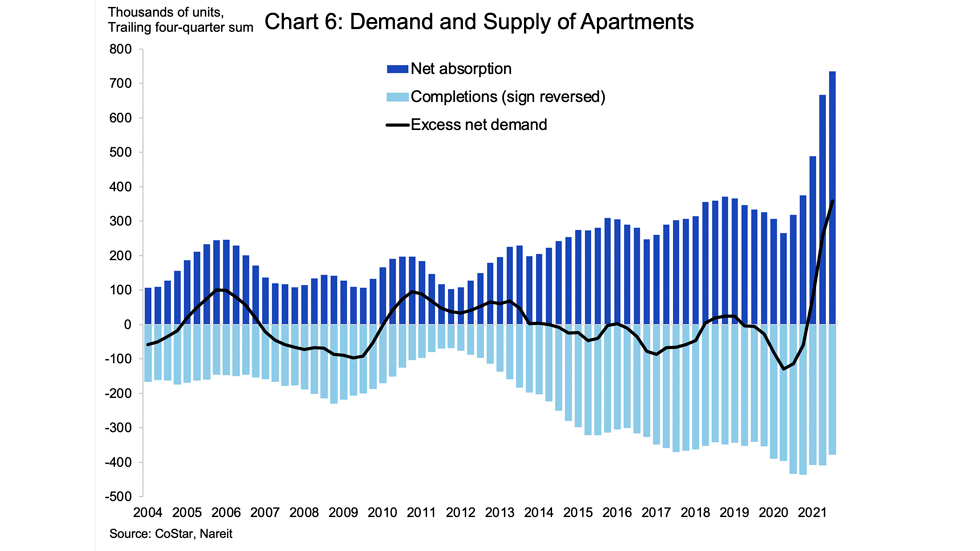 Apartment markets had the second-highest demand ever, with net absorption of 195,000 units, after the record 261,000 net absorption in the second quarter. Net absorption over the past four quarters totaled 735,000 units, a record high and nearly four times the average of 195,000 since 2000 (Chart 6 plots the four-quarter sum due to the strong seasonal pattern in net demand for apartments). Vacancy rates fell 60 bps to a new low of 4.5%. Effective rents were up 3.3% over the second quarter, and 11.6% higher than one year earlier.