Public, non-listed REITs (PNLRs) would realize additional long-term growth from proposed regulations that would increase their disclosures of fees and commissions paid to brokers, according to real estate industry practitioners.

Currently PNLRs are not required to show an estimate of their per-share value until 18 months after the sponsor stops raising funds. Under the proposed changes from the Financial Industry Regulatory Association (FINRA), customer account statements would display the per-share price net of the REIT’s expenses, rather than displaying the $10 nominal per share price.

Observers say the change would usher in increased transparency, lower costs and fees, product diversity and a wider pool of investors for PNLRs. As of now, the investment community has reached “just the tip of the iceberg” with PNLRs, according to Scott Crowe, global portfolio manager at Resource Real Estate. 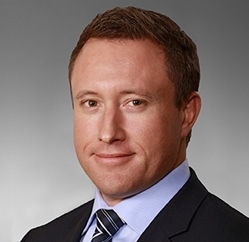 growth potential of this sector is tremendous,” he said. “The real upside is that at the moment, the non-traded REIT market has grown substantially, but really only touches a limited set of the underlying investor base.”

Martel Day, founder and principal of NLR Advisory Services, a firm that advises potential, developing and established PNLRs, said any future growth would enhance progress that has already been made in the sector. “The positive performance of [PNLRs] over the last three years has actually expanded the investor interest in and acceptance of [PNLRs] as part of a diversified portfolio. We’re already seeing a wider acceptance by financial advisors and their clients,” Day told REIT.com.

PNLRs are attractive, Crowe explained, because they offer yield; an absolute return profile, which seeks a positive return over time regardless of prevailing market conditions; and low rates of correlation with other investments.

Crowe predicts that the new FINRA rules are likely to go into effect toward the beginning of 2015,  although he noted that industry is seeking additional time for implementation.

Day, who endorses an 18-month implementation period from the time the rules go into effect, emphasized that FINRA has worked cooperatively with PNLRs to achieve greater transparency. FINRA made its initial proposal to change the disclosure rules in 2011. At the time, “the industry was already working toward standardized performance metrics that would allow for increased visibility for investors about the source of returns and values for their" PNLRs, Day said.

He noted that since 2011, PNLRs developed income reporting and valuation standards, both of which were initiatives endorsed by the regulators. The industry has taken a proactive approach, Day said, “because we view those (standards) as beneficial to both investors and the industry.”

According to Crowe, increased transparency will attract more investors and sponsors of PNLR products.

“A lot of people have kept away from the market because of this perceived lack of transparency” regarding fees and commissions, Crowe said.

Crowe added that the market will evolve to create better products that meet the growing demand for alternative investments. “We would expect to see the introduction of more institutional real estate property types and increased product diversity away from net lease,” Crowe said.

Day said the proposed regulatory changes “have sparked a creative effort within the industry to develop new formats for investing in real estate investment trusts and commercial real estate as an asset class.”

In addition to spurring new products, if passed, the changes are also expected to result in a reduction in fees and commissions. Crowe speculated that fees will become more back-end weighted, which will reduce the upfront impact to client statements. “That’s important because the more money you can get in the ground up front, the more return you can generate,” Crowe said.

PNLRs raised more than $4 billion in the first quarter of 2014, according to data from the Investment Program Association (IPA), a trade association for non-listed direct investments, and Robert A. Stanger & Co., an investment banking firm that specializes in direct investment securities.  The figure represents an increase of 5.6 percent over the first quarter of the previous year. For all of 2013, IPA/Stanger noted that PNLRs raised approximately $19.6 billion, compared with $10.3 billion in 2012.

“With their higher-than-average current income and low correlation to stocks, bonds and other financial instruments, direct investments remain attractive in the current low-rate environment,” said Kevin Hogan, president and CEO of IPA.

Crowe noted that part of the demand for PNLRs is caused by investors, who are looking for diversity and want to structure their portfolios in a similar fashion to institutions, especially income-seeking retirees. Additionally, Hogan pointed out that asset allocation, diversification and inflation-resistant income have great importance to active retirees “and are fundamental drivers of the" PNLR industry.

According to Crowe, growth in alternative investments available to non-institutional investors isn’t going to be measured in a few percentage points.

“Over the next five to 10 years, we’re going to be talking about doubling or tripling the size of this market.”