More than 40 countries and regions have adopted the U.S.-based REIT approach to real estate investment offering all investors access to portfolios of income producing real estate across the globe. Mutual funds and exchange-traded funds offer the easiest and most efficient way for investors to add global listed real estate allocations to portfolios. 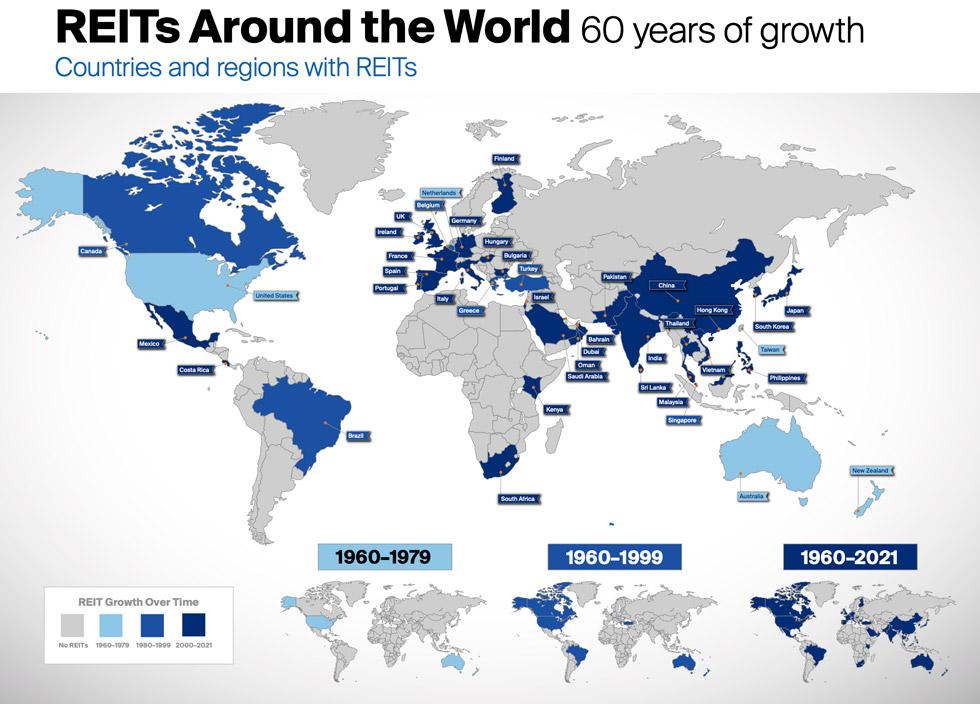 How Many REITs Are There in the World? 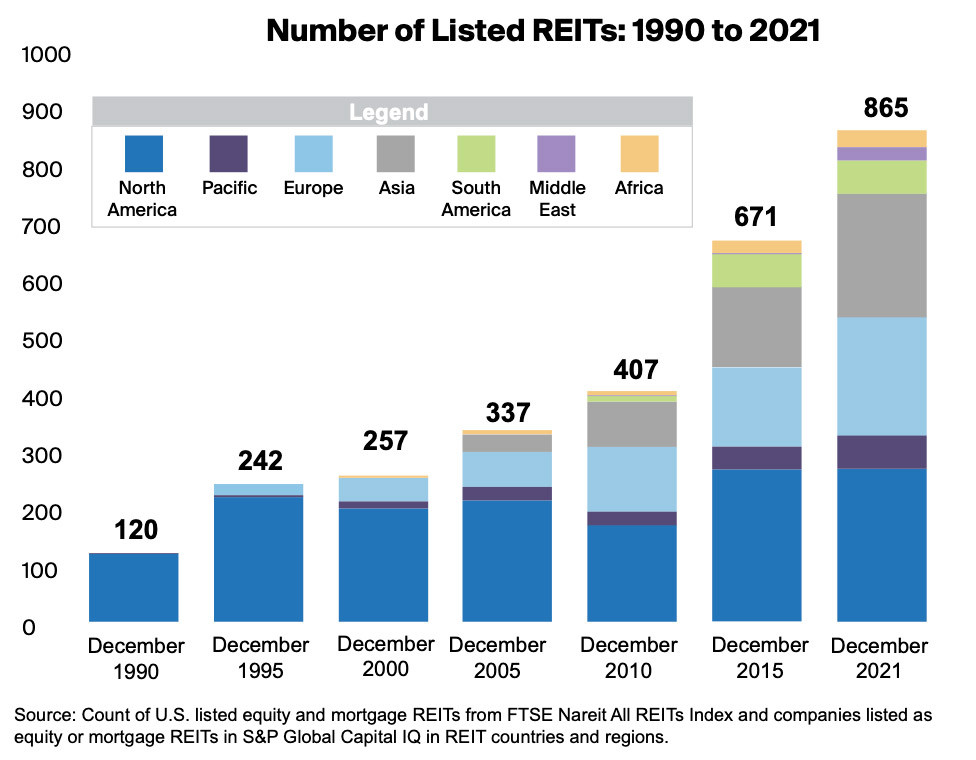 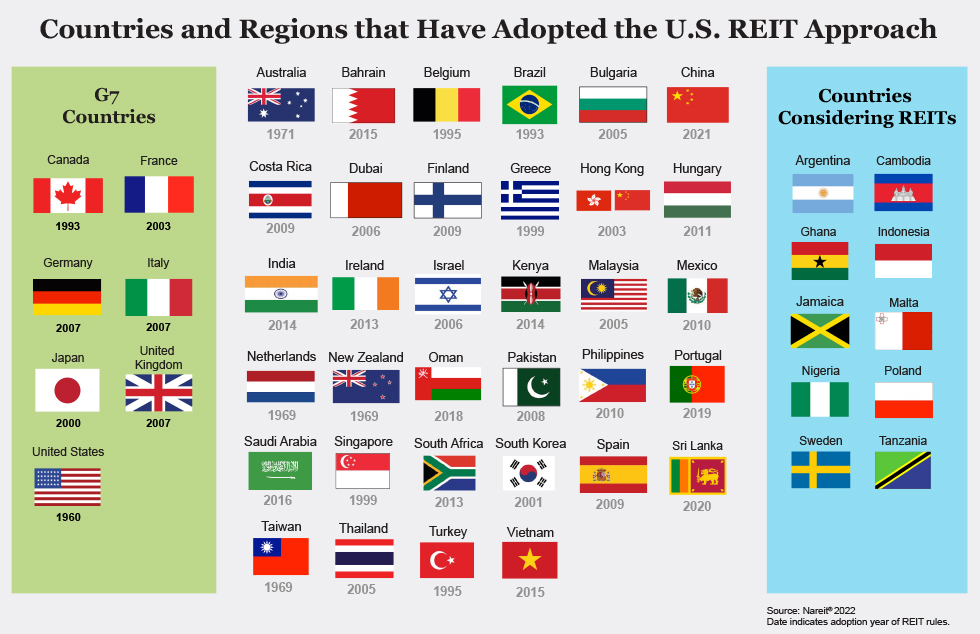 How Much of the Global GDP and Population Do Countries and Regions with REITs Represent?

Market capitalization for REITs has increased steadily around the world with the largest growth in North America from $8.7 billion in 1990 to $1.8 trillion in 2021. This growth is a testament to the success and durability of the REIT approach. As the REIT model has spread globally, current countries and regions with REITs represent 85% of 2020 global GDP, increasing from 28% of global GDP in 1990. The GDP of REIT countries and regions has increased from $6.5 billion to almost $72 trillion in this time frame. 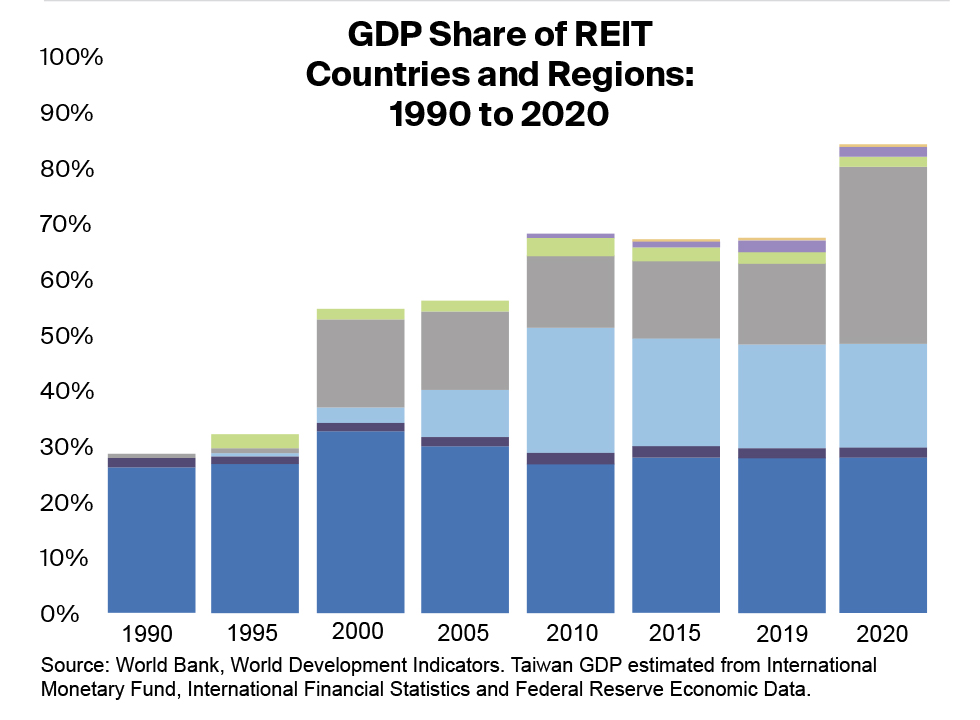 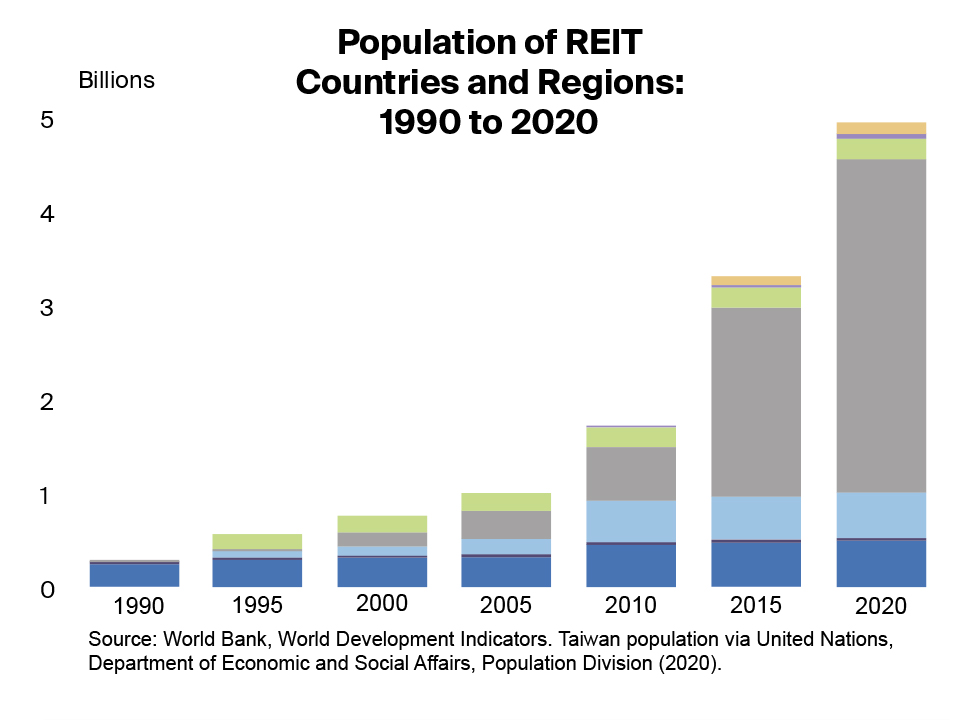 Where Do I Find Information About Establishing a REIT Approach to Real Estate in my Country or Region?

Nareit has produced a Global REIT Approach to Real Estate Investing brochure that addresses the benefits to economies, communities, and investors by adapting a REIT model.

What Benefit Does a Global Listed Real Estate Allocation Provide in a Diversified Investment Portfolio?

Research done by the investment consulting firm Wilshire Associates showed that an allocation to global listed real estate improved the returns of a diversified investment portfolio. 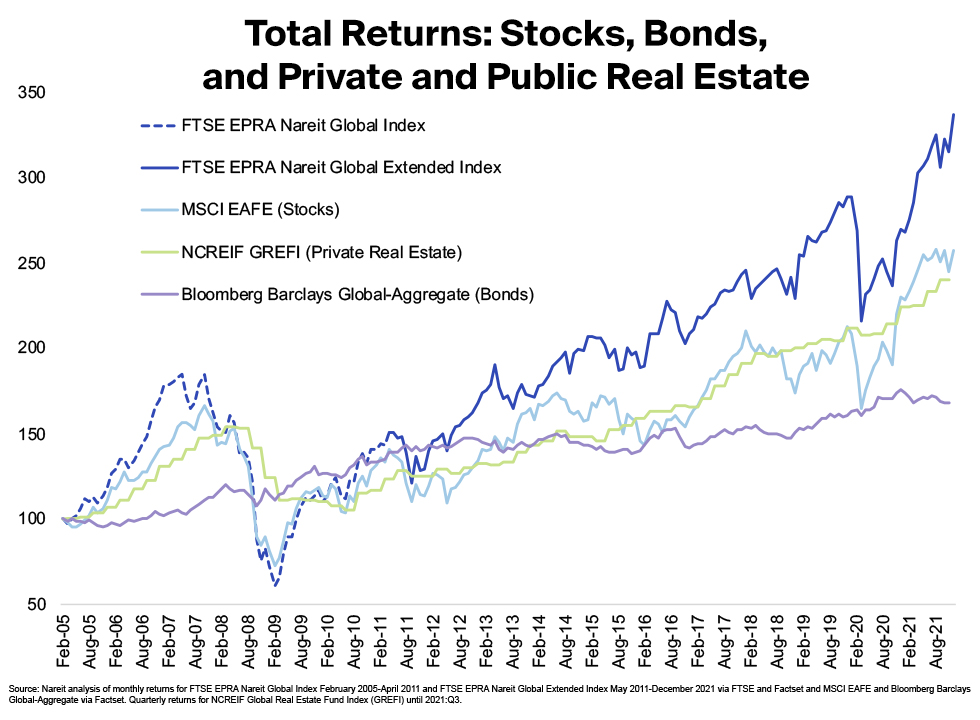 TDFs are designed to simplify portfolio planning for individuals. It is expected that the majority of new 401(k) and IRA assets will be invested in TDFs over the coming decades and the retirement security of millions of Americans will depend upon their investment performance. 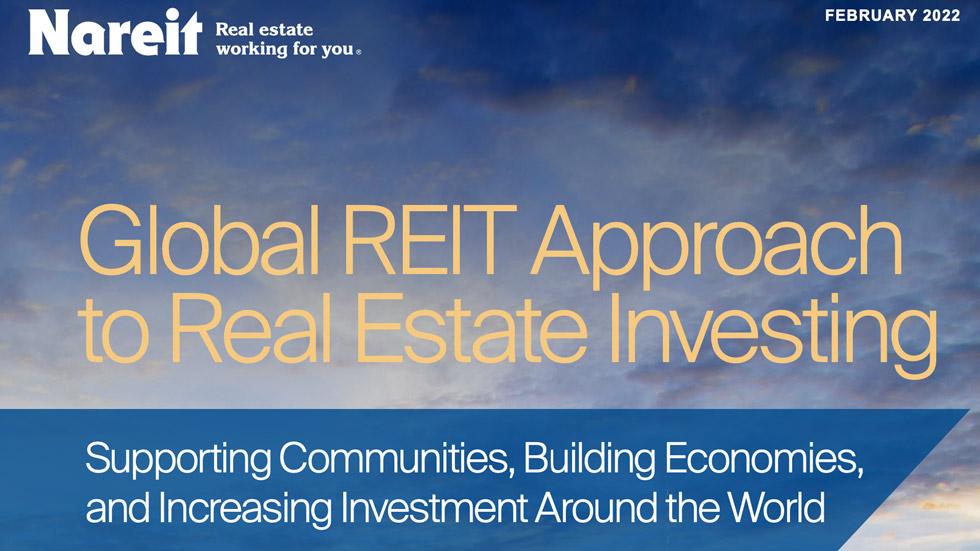 This study summarizes the dramatic growth of REITs around the world since their inception more than 60 years ago and the benefits of the REIT model for communities, economies, and investors. There are currently 41 countries and regions, accounting for 85% of global GDP with a combined population of nearly 5 billion people, that have enacted REIT legislation.

How Can I Add a Global Listed Real Estate Allocation to My Portfolio?

The easiest and most cost-efficient way to add a global listed real estate allocation to a portfolio is purchasing an investment in a mutual fund or exchange-traded fund of these securities.

The withholding rate on dividends paid by U.S. corporations to non-U.S. shareholders is set by the tax code at 30%. However, The U.S. has entered into bilateral tax treaties with 77 countries to promote cross border investment between the countries by lowering the normal 30% withholding rate. This chart summarizes the withholding tax rates collected on U.S. REIT ordinary dividends paid to non-U.S. shareholders, broken down on a per country basis and based on the type of REIT investor, e.g., individual or corporation.

How Can I Track the Global Listed Property Market?

The most common index for the REIT and global listed property market is the FTSE EPRA/Nareit Global Real Estate Index Series, which was created jointly by the index provider FTSE Russell, Nareit and EPRA, the European Public Real Estate Association. The index is used by a variety of institutional investors, money managers and funds to manage real estate investment on a global basis. It contains both REITs and non-REIT listed property companies. The Global Index Series contains the Developed Markets indices and the Emerging Markets indices.

Are There Other Organizations Like Nareit Across the World?