REITs, Real Estate and Recession Risks: Where Are We in the Cycle?

We often get questions about where we are in the cycle. REITs and real estate are tied closely to the macro economy’s turns through expansion and recession. While the crystal ball is never very clear about the medium-term outlook, we can make several statements about recession risks.

Recessions are driven by the cyclical components of GDP. These include investment and capital spending, including housing construction, as well as consumer purchases of durable goods. When cyclical spending declines it often triggers a negative feedback loop of job cuts, spending cuts, output cuts and then more job cuts, resulting in economic recession.

The remaining (noncyclical) components of GDP—consumer spending on nondurable goods, on services, and government spending and net exports—fluctuate much less. In fact, noncyclical components of GDP have not posted a decline (on a 4-quarter change basis) in the past 60 years! Even during the Great Recession, noncyclical GDP continued to increase, albeit slowly. 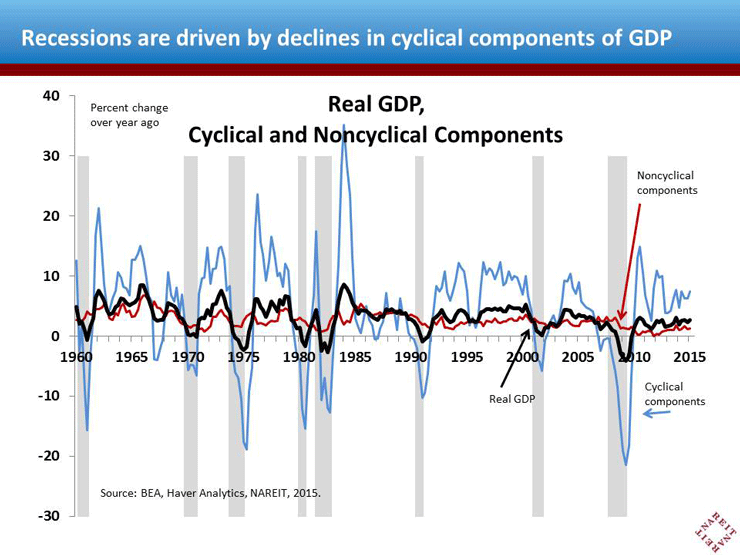 The outlook for cyclical GDP thus holds the key for recession risks. Cyclical GDP can’t fall far, though, if it isn’t high to begin, and every modern recession has occurred when cyclical GDP as a share of the overall economy was well above its long run average. This makes sense—consider residential construction as a share of GDP, which fell 4.2 %-pts, from 6.7% of GDP before the Great Recession, to 2.4% at its trough. The res construction share of GDP is currently 3.3%. To decline a similar amount as during the Great Recession from the current point, construction would have to be negative! 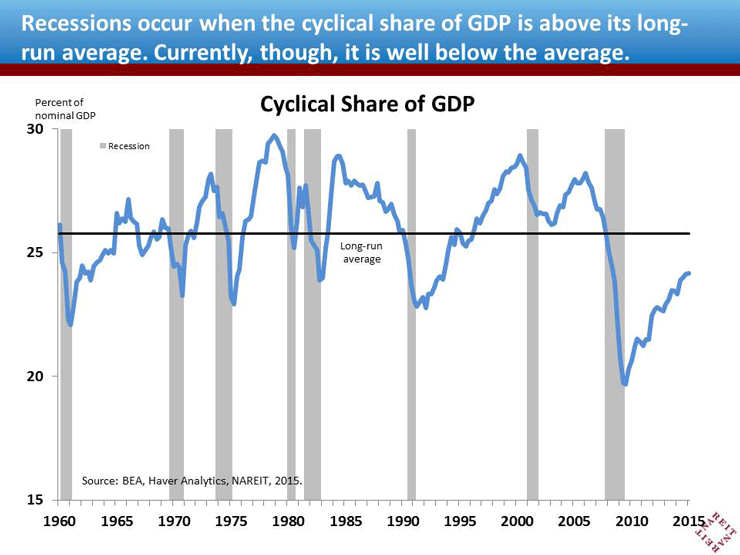 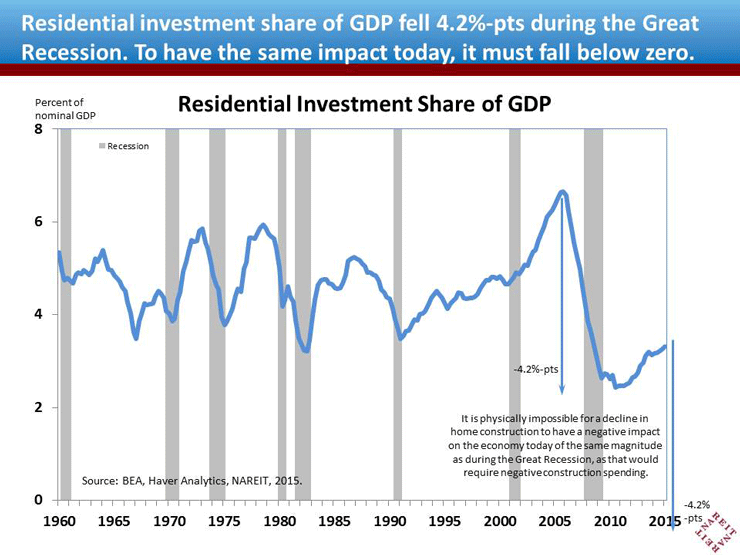 Cyclical GDP is currently still well below its long-run average.  While there are still risks of slow growth, a recession is nearly impossible. This suggests there are several years of growth ahead.