This research note estimates the number of American households and Americans living in them that own REIT stocks directly or indirectly through mutual funds, ETFs or target date funds.

The SCF reports that 52.6% of households have equity exposures. The most common type of equity exposure includes ownership through a tax deferred retirement account (50.5% of households), direct stock (15.2%), direct holding of pooled investment funds (9.0%), and other managed assets (5.9%). The predominance of tax deferred retirement account based ownership will be used below as a key assumption.

Table 1 shows the number of households and associated number of adults per household as derived from SCF data.

As noted above, the dominant form of stock ownership is through a tax deferred retirement account, most typically through an employer sponsored 401(k) plan. EBRI estimates the average asset allocation in 401(k) accounts. EBRI divides equity ownership vehicles into four categories, which are treated as mutually exclusive by EBRI and for this analysis. The four categories are equity funds, target date funds, balanced funds and company stock. The shares are shown in row (1) of Table 2.

For each of these four fund types we can estimate the share of assets that have REIT exposure using Morningstar Direct data. This analysis is done on an asset-weighted basis and is shown in row (2) of Table 2. 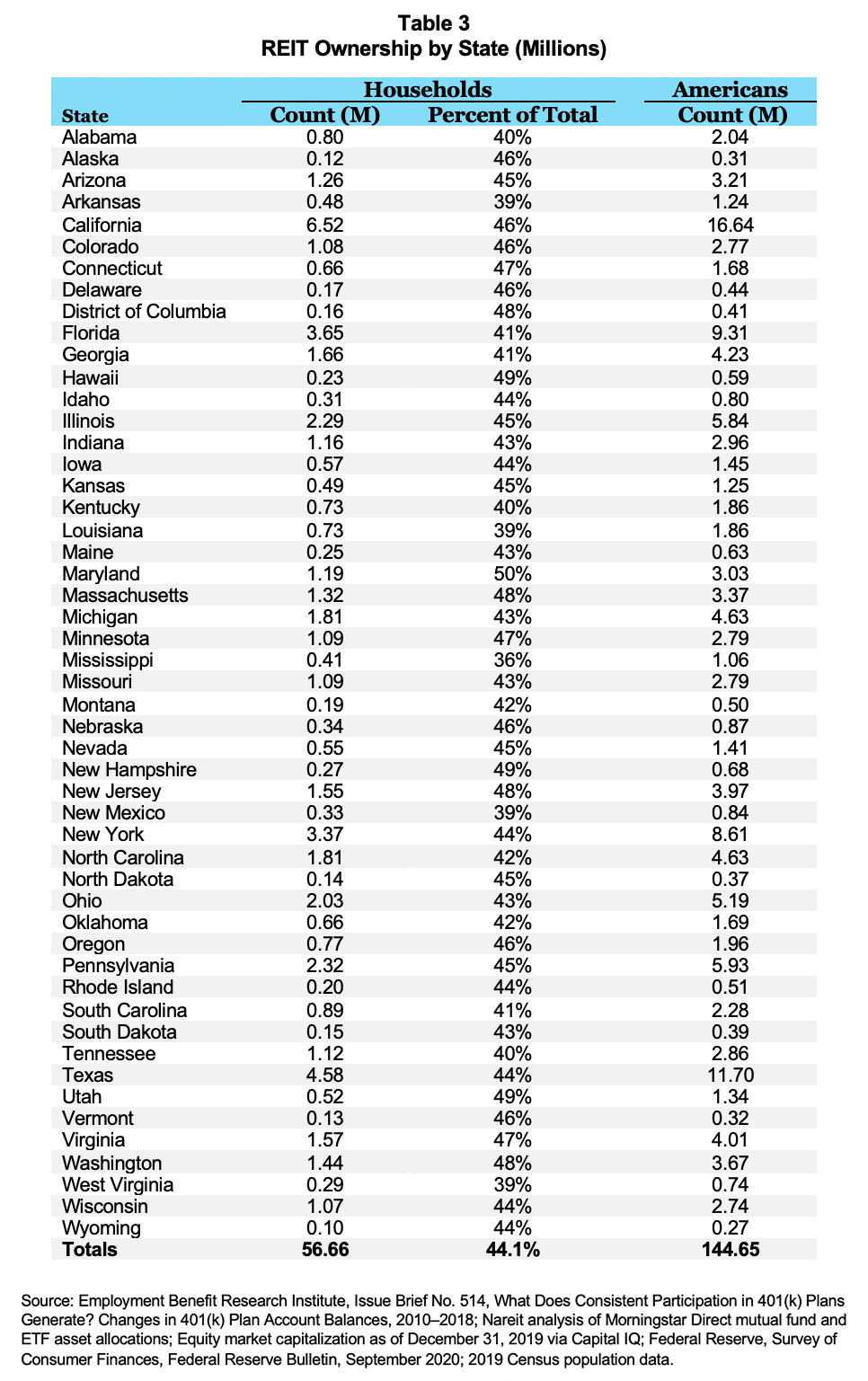