Economic Contribution of REITs in the United States

REITs in the United States supported 2.9 million jobs in 2020.

Nareit commissioned EY to estimate the current economic contribution of all U.S. REITs (including public listed, public non-listed, and private REITs) in the United States.

The table below summarizes the direct, indirect, and induced REIT contributions to U.S. employment activity. 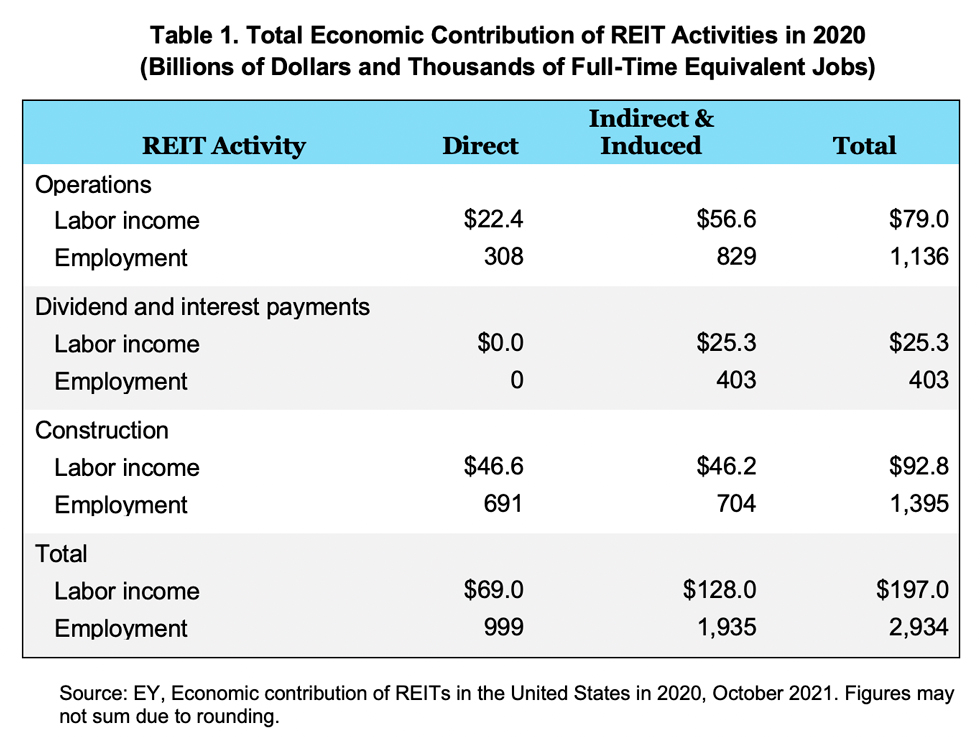 Some key results related to REIT economic contributions in 2020 include: