See who's making news in the REIT and publicly traded real estate industry.

Colony Capital, Inc. (NYSE: CLNY) said Nancy Curtin, previously the company’s lead independent director, has been appointed chairperson of the board. Thomas Barrack, Jr., has transitioned to become a non-executive member of the board. His former position of executive chairman has been retired.

The Howard Hughes Corp. (NYSE: HHC) announced that Correne Loeffler has been appointed to serve as the company’s CFO. Loeffler succeeds David O’Reilly as CFO, a position he held since joining HHC in 2016 and continued to hold on an interim basis since being appointed CEO in December 2020. Prior to joining HHC, Loeffler was CFO for Whiting Petroleum Corp.

Mack-Cali Realty Corp. (NYSE: CLI) named Mahbod Nia as CEO. Nia, who has served as a director of Mack-Cali since June 2020, will succeed interim CEO MaryAnne Gilmartin, who will serve as special advisor to ensure a smooth transition of responsibilities. Previously, Nia was CEO of NorthStar Realty Europe Corp.

SmartStop Self Storage REIT, Inc. said Michael McClure retired as CEO. Founder and Executive Chairman H. Michael Schwartz assumed the role of CEO, a role he previously held. McClure is retiring after spending over a decade with SmartStop and its affiliated companies.

STORE Capital Corp. (NYSE: STOR) appointed President and COO Mary Fedewa to succeed Christopher Volk as CEO. Volk is now executive chair of the board. Fedewa was a co-founder of STORE in 2011 and has served as a member of its board since 2016. She was named COO in 2017 and was appointed president in September 2020.

Vornado Realty Trust (NYSE:VNO) announced the promotion of Jan LaChapelle to EVP-head of capital markets. LaChapelle joined Vornado in 2014 and was most recently SVP of Capital Markets. Prior to joining Vornado, she was a member of Wells Fargo’s real estate banking group. LaChapelle succeeds Mark Hudspeth, who is leaving to become head of U.S. capital markets at Blackstone Real Estate. 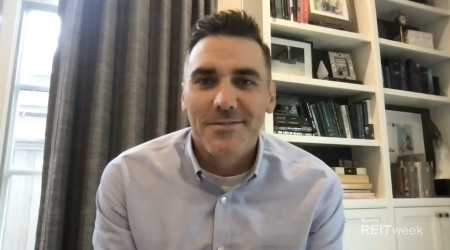