Agree Realty Corp. (NYSE: ADC) named Karen Dearing to its board, where she will serve as a member of the audit committee. Dearing currently serves as the CFO, secretary, treasurer, and EVP of Sun Communities, Inc. (NYSE: SUI), a position she has held since 2008.

AvalonBay Communities, Inc. (NYSE: AVB) said Benjamin Schall has been appointed president and will join the board of directors on or before Feb. 1. Timothy Naughton, chairman, CEO, and president, and former Nareit chair, plans to retire as CEO at the end of 2021. At that time, Schall will be appointed CEO and Naughton will remain on the board as executive chair. Schall will be joining AvalonBay from his position as CEO and president of Seritage Growth Properties (NYSE: SRG).

Columbia Property Trust, Inc. (NYSE: CXP) announced that Connie Moore has been appointed as chair of its board of directors. Moore has over 40 years of experience in the real estate industry, most recently serving as president, CEO, and a board member of BRE Properties.

Cousins Properties (NYSE: CUZ) promoted Kennedy Hicks to the role of EVP-investments. Hicks joined Cousins in November 2018 as SVP responsible for investments. In July 2020, Hicks was also named managing director of the Atlanta market, overseeing the operations for the company’s seven million square feet within the city.

David O’Reilly was named CEO of The Howard Hughes Corp. (NYSE: HHC), after serving as interim CEO since September 2020. Promoted to president in June 2020, O’Reilly joined the company in 2016 as CFO, and will continue in that role while a search is conducted for a permanent successor. Meanwhile, L. Jay Cross, the former president of Related Hudson Yards, has joined the company as its new president.

National Retail Properties, Inc. (NYSE: NNN) announced that Paul Bayer, EVP and chief investment officer, retired at the end of 2020. Bayer joined the company in 1999 and will continue to provide consulting services to the company for a period of one year after his retirement. 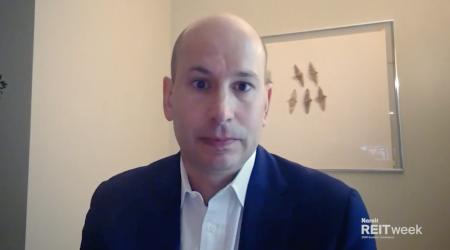