When President Dwight D. Eisenhower signed the Cigar Excise Tax Extension Act of 1960 into law, the bill authorized REITs in the United States. In the beginning, the industry primarily consisted of companies owning mortgages. Yet, over time, the REIT approach to real estate investment has demonstrated the capacity to evolve to fit the changing demands of the economy at large.

“During my tenure in the real estate world for the last 40 years, the advent of the public real estate company in the last 25 years has been the decisive landmark development for the real estate industry,” says Richard Ziman, chairman of Rexford Industrial Realty Inc. (NYSE: REXR). “I think the REIT format especially with the ability to use the UPREIT structure was a key catalyst that really brought real estate into the business as well as the public mainstream.”

For their first 30 years in existence, U.S. REITs bore little resemblance to the industry seen today. Since the early 1990s, however, owners and operators in a growing number of real estate sectors have opted to set up shop under the REIT banner.

The REIT universe has continued to expand to include areas such as health care facilities, storage facilities, timberlands, cell towers and charter schools. Some of the newest members of the club illustrate REITs’ diversity. 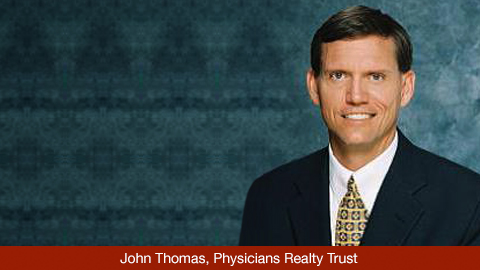 Just What the Doctors Ordered

If you want to know the story behind Milwaukee, Wisc.-based Physicians Realty Trust (NYSE: DOC), look no further than its ticker symbol, “DOC,” says John Thomas, the company’s CEO. The health care REIT maintains the view that, fundamentally, its role is to serve as a partner to doctors and medical practices.

“We interface with our tenants from a real estate perspective,” he notes, “but we approach them with a holistic way of being their partner and working with them for the future. For us, it’s not a landlord-tenant relationship. It’s a health care delivery relationship.”

Physicians Realty touts the extensive experience of its management team across all facets of the health care system from policy to law to management. The chairman of the company’s board of directors, former Governor of Wisconsin Tommy Thompson, headed the Department of Health and Human Services in President George W. Bush’s administration from 2001 to 2005.

According to Thomas, that familiarity with all aspects of medical care puts Physicians Realty in a unique position to better understand and accommodate the real estate demands of the hospitals and practices that lease space from the company.

Physicians Realty held its initial public offering in July 2013, raising nearly $120 million. Since going public, the only problem that the company has faced is “a good one to have,” according to Thomas.

“Raising capital in the public market is not an easy thing to do, but we’ve had substantial opportunities to deploy capital and invest it accretively,” he says. “Our biggest challenge so far is just being able to keep up with the opportunities for investment.”

Richard Ziman, Rexford Industrial’s chairman and the former founding chairman and CEO of office REIT Arden Realty, rattles off a wide range of industries when talking about the diversity of businesses in the region and the opportunities presented for development and growth in what is considered the largest industrial market outside of China.

The firm’s tenant base reflects that variety. Although Rexford has many large tenants, the average tenant in its portfolio is 10,000 square feet of space. The advent of e-commerce and “just-in-time” distribution has enabled companies to work in smaller confines and requires larger users to seek smaller “close-in” facilities, Ziman notes. As a result, the demand from small-business entrepreneurs and large users in Rexford Industrial’s bread basket is boosting demand for smaller spaces in multitenant facilities and smaller buildings, he says.

A significant benefit of Rexford Industrial’s business model is the ability to hedge its risk through diversification, according to Ziman.

“I would never put all of my eggs in one or two or even five baskets, especially where you have such a diversified economy as here,” he says. “There’s no tenant that can really hurt you, or even a sector that can hurt you because it’s so diversified—not just by the enormous number of tenants, but by business and industry sectors.” 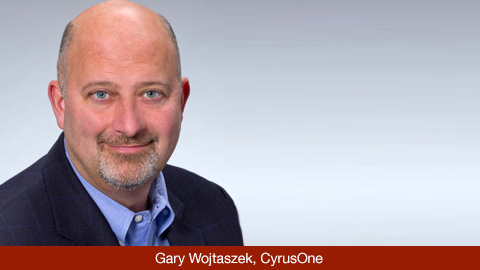 The amount of data being generated around the globe has accelerated with the proliferation of laptops, tablets, smartphones and the like. The rise of sophisticated, high-performance computing applications has expanded the output of data, too. As Gary Wojtaszek, president and CEO of data center REIT CyrusOne (NYSE: CONE), points out, just how big the growth of data has become is staggering: 90 percent of the data that existed in the world in 2013 had been created in the previous two years.

CyrusOne, which elected to operate as a REIT at the beginning of last year, is working to partner with the companies that are driving that growth as they refine their IT environment needs. CyrusOne specializes in enterprise-class, carrier-neutral data center properties. The company provides mission-critical data center facilities that protect and ensure the continued operation of IT infrastructure for customers.

CyrusOne counts 135 Fortune 1000 companies among the 630 tenants that lease space in its 25 facilities comprising more than 1.1 million square feet of space. The firm’s portfolio space grew by 13 percent in 2013, and as part of its continuing expansion, CyrusOne is developing a site in Northern Virginia that represents its first foray into the East Coast.

With the infrastructure demands of tenants expected to evolve and become more specific, Wojtaszek says his company is focusing on ensuring that its data centers are flexible and customizable.

Chief information officers “are looking at information technology options more critically than they were in the past because so many more exist,” he says. “They will examine IT options and determine the best solution based on the application.” 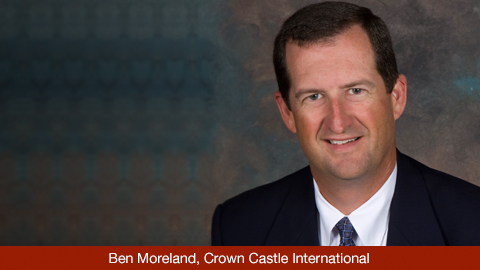 The decision for Crown Castle International Corp. (NYSE: CCI), which owns, operates and leases towers and other infrastructure for wireless communications, to organize as a REIT wasn’t a difficult one, according to Ben Moreland, the company’s president and CEO. The company went public in 1998, but it didn’t begin operating as a stock exchange-listed REIT until the beginning of 2014.

“We think about ourselves as a real estate company,” he comments. “In fact, the company was founded in 1994 by two real estate professionals. We think it’s the right long-term corporate structure.”

The company has made a significant investment in that real estate, nearly doubling in size in the last two years. Crown Castle’s business centers around “shared infrastructure,” according to Moreland. Crown Castle’s objective is to aid wireless carriers in their push to improve their networks by leasing them more antennas on their current cell towers and offering them space on towers where they don’t have a presence already.

“It gives them the benefit of the low cost of occupancy,” he says.

Moreland also touts the “resilient business model” sported by his company. Since 2007, the company has grown its adjusted funds from operations (AFFO) per share by 18 percent annually. As such, he says the company effectively experienced no disruption as a result of the recession. “We had access to capital all along and we put it to good use.”

Rather than look abroad for opportunities, Crown Castle is keeping its sights set on North America: “So far, it looks like American consumers have an insatiable appetite for wireless data and continue to use more data applications and Internet services.”