The real estate market in the United States is likely to continue to grow for the next three to five years as current policies such as tax reform benefit the industry, according to a panel at a Capital Markets Update lunchtime session during REITweek: 2018 Investor Conference. At the same time, the industry must respond to the underlying challenges created by demographic and technological change.

The current market cycle has been in a slow and steady growth pattern for the past decade, panelists noted. Although the macroeconomic profile under the current administration is facing geopolitical uncertainties, policies that have been implemented have extended the growth cycle, they said.

“It feels like we were in the seventh to eighth innings [of the market cycle] before the tax reform. But after the reform, we pulled back to the fifth to six innings,” said James Connor, CEO of Duke Realty Corp. (NYSE: DRE), one of the panelists.

Other panelists, including Michael Bilerman, managing director and head of the real estate and lodging team at Citi, and Sherry Rexroad, managing director of global REITS at BlackRock, agreed that there will be at least a few more years of growth in this cycle.

However, the industry is still facing a lot of challenges ahead. Supply is likely to be constrained in the next few years due to the increasing costs of labor, construction, materials, financing, and land. The rising costs will eventually factor into higher rent for tenants, according to panelists.

Underperformance and interest rate moves also present challenges to the industry. REIT growth has been at about 3 percent, compared with the broader market, which has been growing more than 20 percent in the past year. This trend hurts the REIT industry in the short term, as investors are attracted by industries with higher growth, panelists said.

As interest rates move higher, some argue that leveraging up now could be a proactive plan as financing costs are going to increase in the future. The panel, however, advised against it. 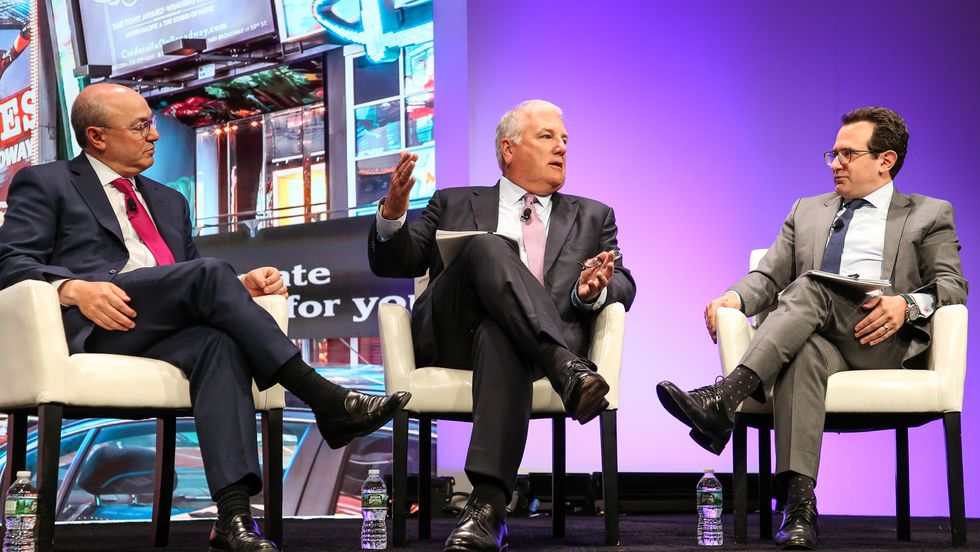 Connor agreed, noting that the same discussion happened 15 years ago. Then the 2008 crisis came. “We’re not going to put ourselves in that position again,” he said.

Meanwhile, broad demographic and technological changes are also shaping the industry. Understanding the negative and positive changes and embracing them will be key for REITs to capture future growth, panelists said.