Being one of the nation’s oldest REITs hasn't stopped Washington REIT (NYSE: WRE) from moving quickly on an extensive transformation of its portfolio. In less than three years, it has metamorphosed from a predominantly suburban office REIT to an urban-infill focused player with significantly greater parity between office, multifamily and retail properties.

Paul McDermott, the company’s president and CEO, says that while the Washington metro area remains its only playing field, the new Washington REIT is concentrating on creating value through  lease-up, redevelopment and renovation. 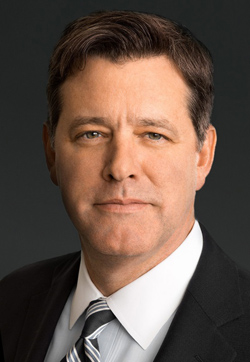 At the same time, the company is selling legacy suburban assets that it deems to have reached an “inflection point” in their growth trajectory, according to McDermott. To that end, the company has shed its largely suburban medical office portfolio and expects to complete the sale of its suburban Maryland portfolio by the end of the year.

It’s all part of what those inside the company refer to as “Washington REIT 2.0,” an overhaul of the company’s portfolio, personnel and culture driven by McDermott since he was appointed CEO by the company’s board of directors in October 2013.

“We want opportunities to create value with every acquisition and every development. The people we’ve brought in are really of that mindset,” McDermott said in an interview with REIT.com.

Move to D.C. a “Cultural Catalyst”

Since taking over at the helm, McDermott has replaced the entire c-suite. The new management team has hired new senior managers and moved the company’s offices from Rockville, Maryland, to the central business district in Washington, D.C., in early 2015. McDermott described the move as a “cultural catalyst” that embodied the company’s new focus.

“If we tell people that this is where we want to invest in, we need to be right there with it. I want to see my competitors walking down the street every day; we weren’t seeing any of that before,” McDermott said.

The move downtown followed the start of key changes to the firm’s portfolio, as Washington REIT recycled the proceeds from asset sales into new purchases in the office, apartment and retail segments of the nation’s capital.

“Those deals were probably the best assets in each class in our portfolio. We really raised the bar on the quality spectrum,” McDermott said.

For example, the company bought 1775 Eye St., located about three blocks from the White House, in May 2014. The office building, which sits adjacent to an entrance to a stop on the local Metro subway system, was about half full at the time of the sale. Following an extensive modernization of the entryway, lobby and common areas, the building’s occupancy rate climbed to 98 percent by the end of 2015.

Washington REIT also purchased the Army and Navy Club Building in 2014. The office property, situated near three Metro stops in Washington’s central business district, is slated for a makeover, but one that retains its early 20th century architectural features. 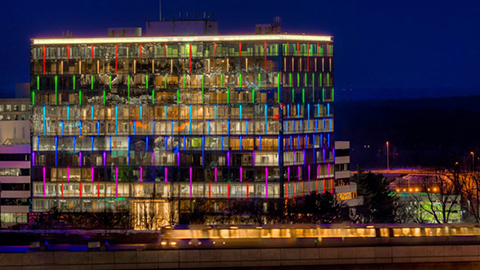 In addition to upgrading the portfolio through acquisitions, Washington REIT is redeveloping assets in need of refurbishment. A case in point is the Silverline Center, where a $35 million renovation was completed last year. “We completely repositioned that asset and made it an iconic building” in the Tysons Corner commercial district of the Northern Virginia suburbs, McDermott noted.

According to McDermott, Silverline embodies the cutting-edge design that he hopes will become a hallmark of the company in the future.

“The market would never have thought that Washington REIT would do a building like Silverline. People should expect us to mix it up a little bit more and take more calculated risks,” he said.

Recalibrating the Portfolio to Increase value-add Class B Multifamily Exposure

Another key piece to McDermott’s plan for reshaping Washington REIT is decreasing its reliance on the office sector. The CEO notes that losing an office tenant in Washington is a costly business, as it can take up to 18 months to refill the space. At the same time, he said, costly concession packages for tenants have become the norm in the city.

John Guinee, an analyst at Stifel, agrees with McDermott’s assessment: “The greater D.C. office market is recognized as one of the most expensive markets in the country for re-leasing office space.”

Therefore, in an effort to “recalibrate the portfolio and reduce volatility,” according to McDermott, Washington REIT is pushing to increase its multifamily holdings and downsize the overall share of its office assets. Although McDermott acknowledged that there is a rich new supply of multifamily assets in the Washington area, he pointed out that the market is absorbing it equally rapidly.

“The demographics here are phenomenal,” he said. “We believe in the longevity of the rental cohort here long term.”

The company recently put the finishing touches on a new class-A apartment building, the Maxwell, in Arlington, Virginia. Situated in an urban neighborhood close to a Metro stop, occupancy at the property has stabilized at 95 percent.

Washington REIT is also keen on acquiring class-B multifamily properties with redevelopment potential, which are significantly more affordable than ground-up development. The strategy addresses the needs of a growing cohort of renters priced out of class-A buildings.

McDermott cites Riverside, in Alexandria, Virginia,  one of Washington REIT’s latest multifamily acquisitions, as an example of the benefits of investing in class-B properties. The firm’s internal research has identified a gap of approximately $600 to $900 between monthly rents at Riverside and the newest class-A apartment buildings in the local market. On the other hand, the average gap in rent between class-B and class-A properties in the region lies between $300 and $400, meaning Riverside is “highly conducive” to renovation, according to McDermott.

Spring Valley Village, which the company purchased in 2014, is a prime example. Located in an affluent residential section of northwest Washington, the company is looking to add a two-story mixed-use space at the site.

Selling the Washington Story to Investors

The Washington metro area office market has suffered in recent years from government shutdowns, sequestration and downsizing of law firms. McDermott still believes, though, that it will see increasing rents in the next few years. He added that even though most of the job growth in the area since 2014 has come from the private sector, Washington is still fighting “the stigma that it’s a federal government town.”

That government presence, however, is also what makes the Washington Metro area real estate less volatile and more defensive in nature than counterpart gateway cities such as San Francisco and New York – particularly during cyclical downturns according to McDermott.

“We are experiencing increased institutional investor interest in our story as the Washington Metro area continues to recover,” McDermott said. “Our message to investors is that in addition to a D.C. recovery, we have purposefully positioned Washington REIT to benefit from multiple phases of organic growth that are embedded in our existing portfolio and expected to create value for our shareholders over the next five years.”