Many of the most important issues facing real estate markets concern the possible impact of higher interest rates in the months and years ahead. In particular, what may be the effect of rising rates on property prices, especially with cap rates already at historically low levels? In addition, what is likely to happen to property transactions as financing costs move higher?

It is still early in the cycle of interest rate increases, and we expect more to come, both from policy actions by the Federal Reserve to raise its target for short-term interest rates and also the market-driven increases in long-term interest rates. There has been enough of a rise in both short-term and long-term rates in recent months, however, to assess where we stand. Yields on the 10-year Treasury note are 70 bps or more above where they were six months ago, and nearly 150 bps above their low point in mid-2016. The question on everyone’s mind is, will this drive up cap rates, possibly causing property prices to fall? 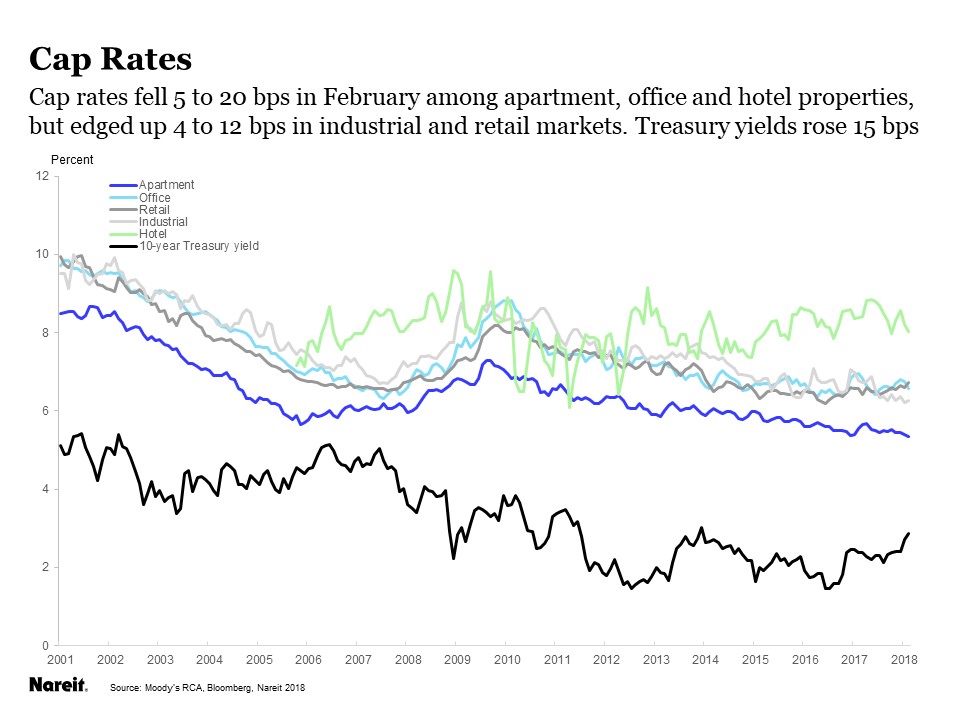 The answer, so far, is no. In fact, cap rates through February, 2018, have continued to decline in the apartment, office and hotel sectors, while edging higher in industrial and retail property markets. Despite the considerable rise in long-term yields over the past year or more, cap rates in the apartment market reached a new low for the cycle in February, and cap rates for the industrial, office and retail markets remain near their lows. 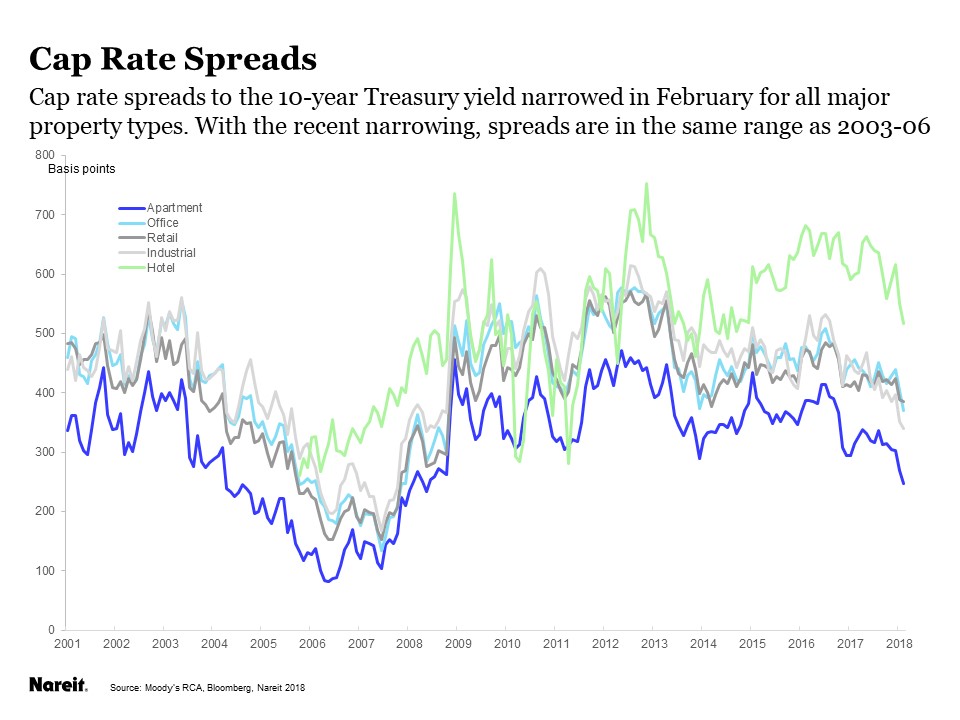 The continued downtrend of cap rates should not be that surprising, however, as the spread between cap rates and Treasury yields has been much wider than normal, giving the real estate market a healthy cushion against rising interest rates. Only recently, in fact, have spreads to Treasuries moved back into the range where they were in the mid-2000s.

Spreads remain wide, but there is less margin than there was six months ago. We expect future increases in interest rates to be gradual but steady, which will likely be accompanied by some further narrowing of cap rate spreads. A sharper increase in interest rates, while unlikely, could lead to some disruption in cap rates, including a reversal of some or all of the recent increases in property prices. 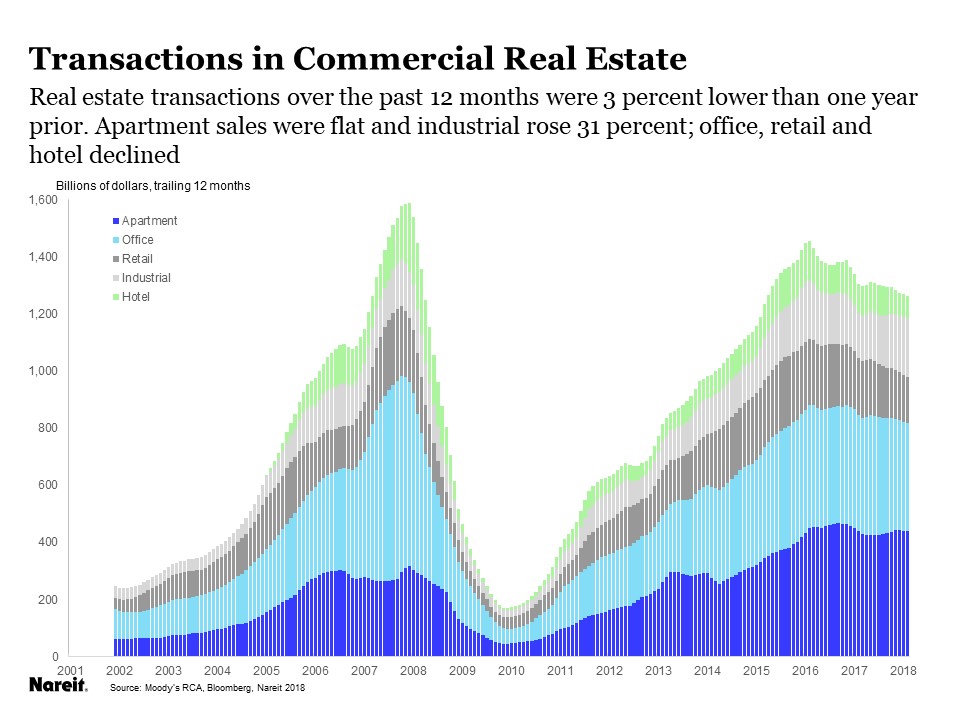 Real estate transactions slowed a bit further over the past twelve months, and were 3 percent lower than they had been during the prior twelve month period. The overall level of sales remains high, though, although sales never returned to the pace they had at the peak of the market in 2007—which is probably a good thing, as the market has been able to avoid the overheating and frothy pricing of that period. Our outlook on the sales market is similar to our take on cap rates, that further increases in both short and long term interest rates that are in line with those in the recent past are unlikely to have much effect on transactions volumes. Financing costs remain quite low, historically speaking, and the economy and job market appear to have good momentum, which will continue to drive the demand for real estate.