Multifamily housing starts declined in March, on the heels of a double-digit decline in February. Winter weather had an obvious impact delaying new construction across the nation in February, but the further decline in March suggests that the recent weakening of some macroeconomic trends, in part due to a stronger dollar and its impact on exports, may have damped builders’ enthusiasm for new projects. We continue to believe the fundamental drivers of the U.S. economy are sound, however, and expect the recent softening to be temporary. 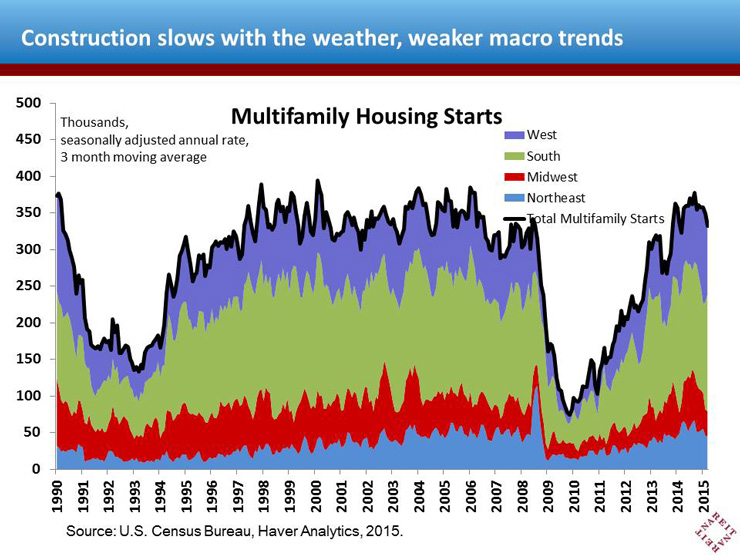 Demand for apartments appears to continue to firm. The national occupancy rate moved higher in March, according to Axiometrics.  While much of the month-to-month firming represents normal seasonal patterns as we enter the prime leasing season for apartments, the trend is considerably stronger than recent years, as the late-winter low in occupancy remained well above the levels seen in 2011-2013. 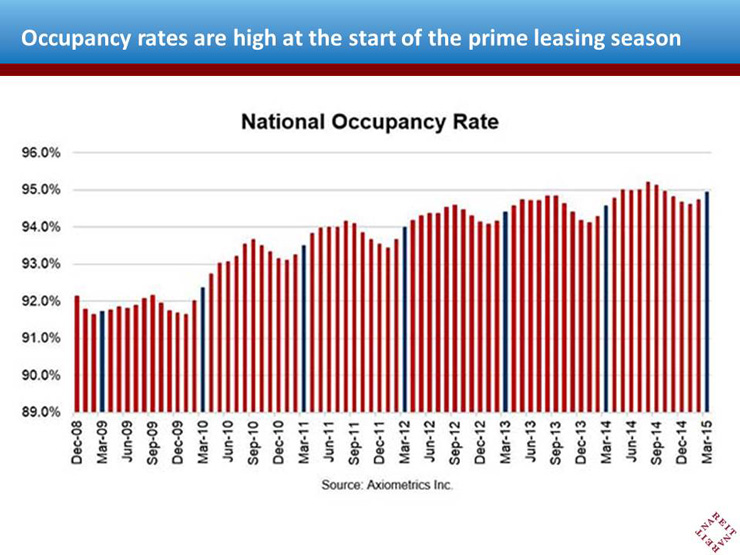 Tightening vacancies in most cities combined with robust job growth in recent months (even allowing for the lull in hiring in March) have supported rent growth at a multi-year high of 5%. A resumption of construction activity as warmer weather spreads will likely increase the supply pipeline, but to date it still appears to be trying to catch up to the surging demand. 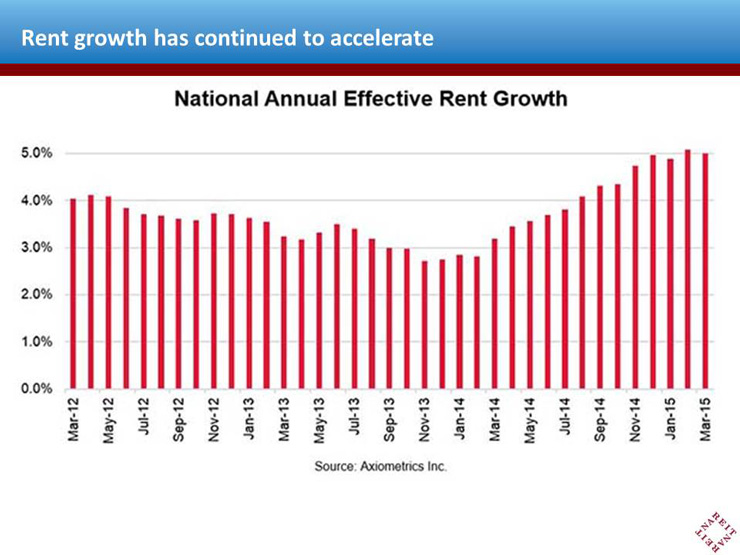