The CMBS delinquency rate continued to decline in August as the reopening of the economy helped revive cash flows at some troubled tenants. The overall 30+ delinquency rate fell 58 bps, to 9.02%, according to data from Trepp. While delinquencies are considerably below the June peak of 10.32%, they are still 648 bps above one year ago.

Some of the improvement reflects mortgages that the borrower brought current by making up any past-due payments. Others, however, could reflect forbearance being granted to remove the loan from delinquent status rather than any improvement in underlying credit quality, cautions Trepp. 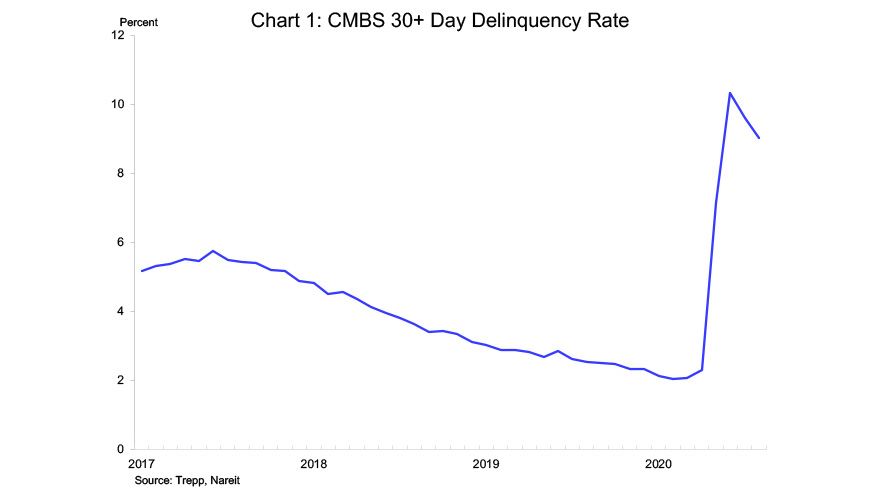 Delinquency rates fell most among mortgages on retail properties, declining 122 bps, to 14.88%. Retail delinquencies are 319 bps below their peak level in June as stores and shopping malls have continued opening up. The decline in delinquencies on lodging properties also declined, slipping 83 bps, to 22.96%. The improvement in this sector has been slower, as travel volumes remain deeply depressed, and lodging delinquencies have come down just 122 bps.

Other property sectors did not experience as severe a drop in revenues during the spring as did lodging and retail, and delinquencies among office, multifamily, and industrial properties increased much by less in April, May, and June. These sectors nevertheless also saw slight declines in delinquency rates last month. 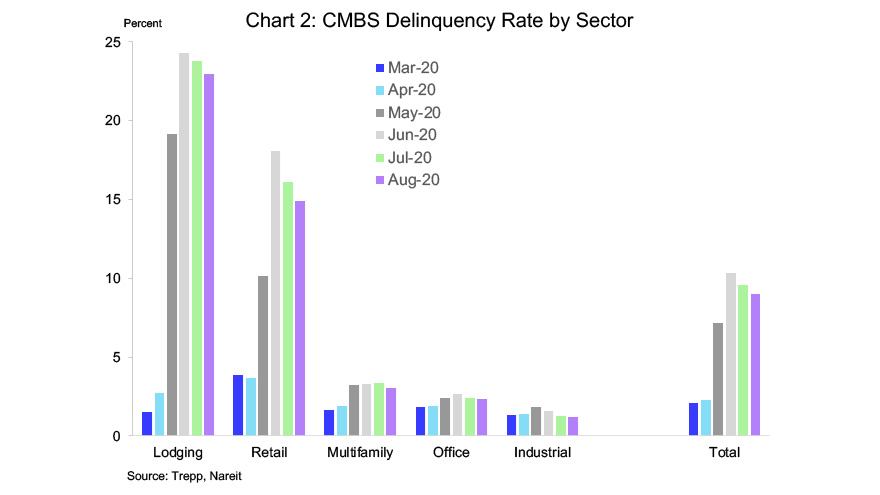