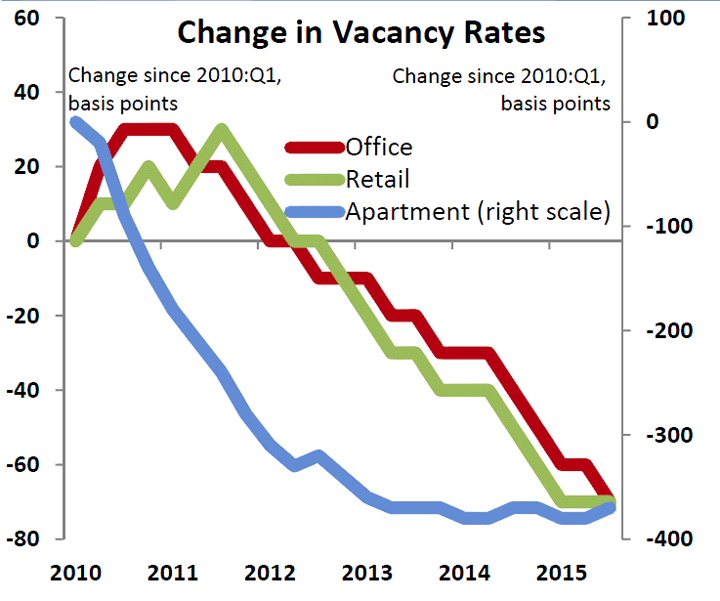 Apartment markets remain tight across the country. Vacancy rates ticked up 10 bps, from continued new construction as well as some slowing in absorption, but are still at rock-bottom levels. Rent growth accelerated to a 6% annual rate, as vacancy rates in the low 4’s indicate little or no slack in the market, giving landlords a strong position to increase rents. 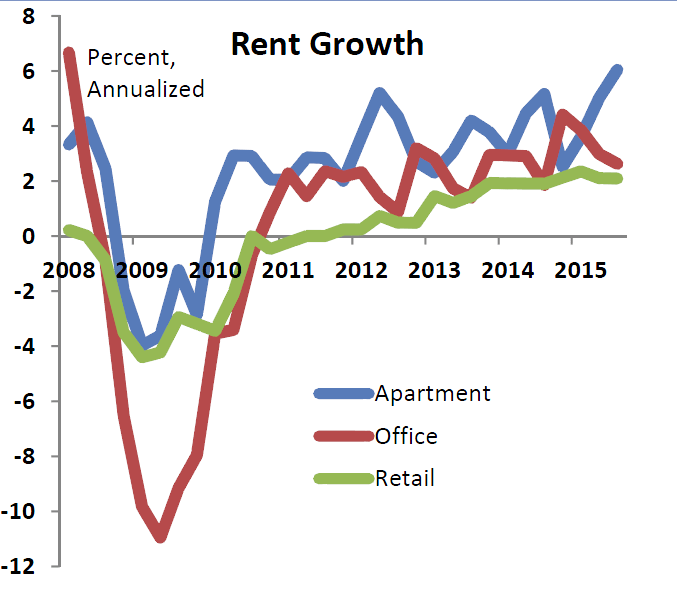 The office sector has enjoyed a solid increase in demand this year, with net absorption year-to-date up 30% from last year. Office vacancies edged down 10 bps on the quarter, resuming the trend that had been in place for most of the past four years. Rent growth decelerated a bit, though, from the robust gains earlier in the year.

Retail sector vacancy rates were stable in Q3, as weak demand is roughly matched by practically no new construction. Rent growth continues to lag the other property sectors. Conditions are slack among neighborhood and community centers, but regional malls have fared somewhat better, especially those with high-end retailers (and Apple stores).

Employment growth has been choppy around an improving trend. Job growth slowed in August and September, largely due to weakness in manufacturing (as goods exports took a hit from China’s troubles) and mining and oil drilling. Job growth bounced back in October, however, with the largest gain all year. More important than the job growth itself were signs that firmer labor markets are translating into rising wages and incomes. Average hourly earnings jumped, resulting in the fastest 12-month wage growth in more than six years. 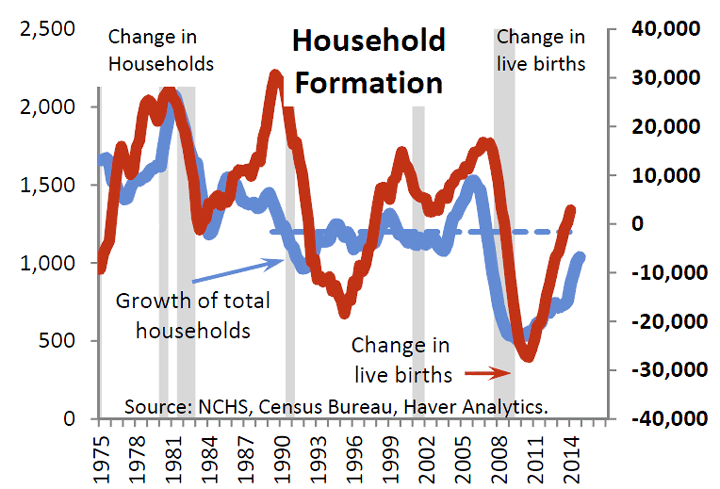 Household formation continues to recover. The formation of new households, which is the source of demand for both apartment and housing markets, plunged during the crisis. Millions of people “doubled up” with parents or roommates, generating an unprecedented level of “pent up” demand (compare household formation, blue line, to prior trend, dash blue). The birth rate also fell during the recession, but rose in 2014 for the first time since 2007. Continued increases in birth rates may well spur those who are doubled-up to move out to rent or buy—supporting demand for both rental apartments and home purchases. 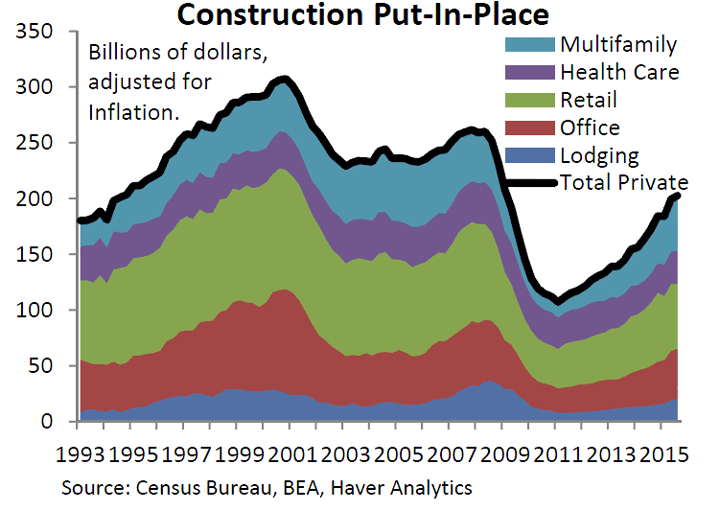 Construction is ramping up. Real construction (that is, adjusted for inflation) of all property types has been on a steady uptrend since the crisis, and indeed has nearly doubled since early 2011. Increases to date, however, only reflect the steepness of the decline during the recession, and activity is barely back to the levels in 1993. While overbuilding is always a potential risk in commercial real estate, those worries appear to be at least a few years away.