CRE Expansion at Mid-year: No End in Sight

Commercial real estate markets had some areas of strength in the second quarter but also pockets of softness. With ongoing concerns about the longevity of the expansion and recent cross currents in the macroeconomy, however, the most important news from commercial real estate markets at mid-year is that there are few if any signs that the expansion will be ending soon. 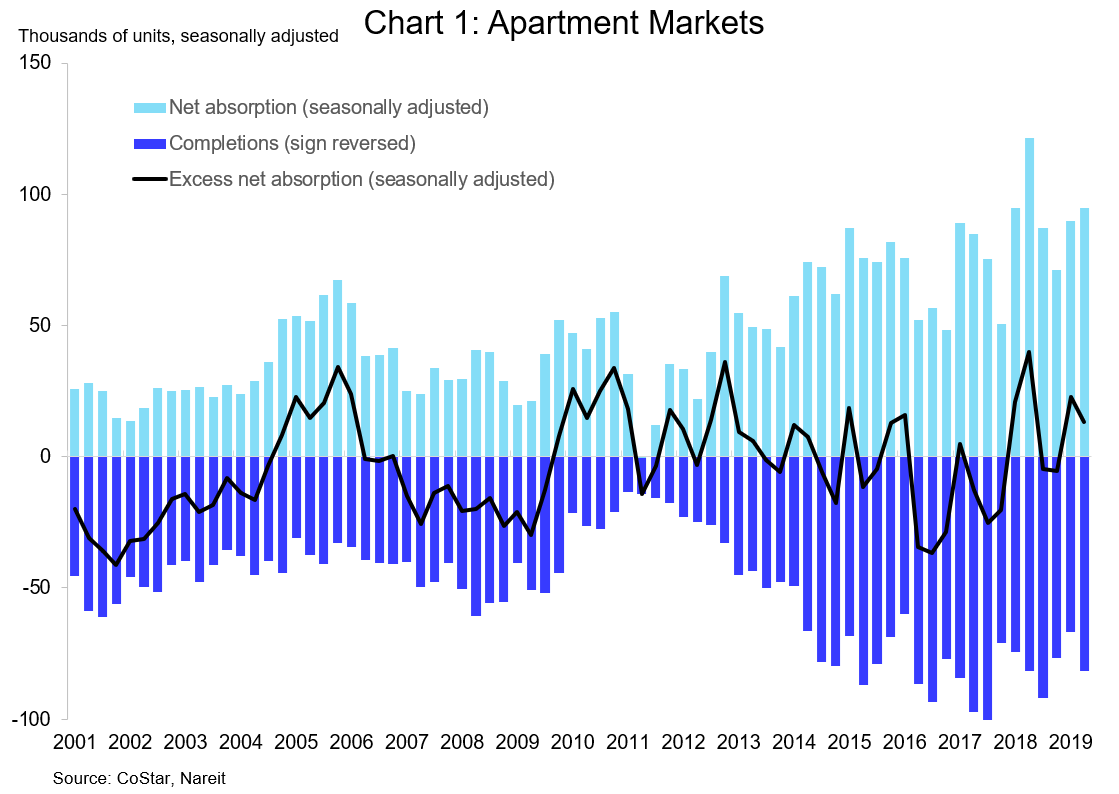 There was solid growth of demand for apartments and for office space. The spring quarter typically has the strongest seasonal demand for apartments, so robust growth is not unusual. Even after adjusting for seasonal patterns, though, net absorption in the second quarter was the second strongest on record. Demand for rental apartments has kept markets firm, even facing a high level of construction, as net absorption has exceeded completions by 50,000 units over the past four quarters. 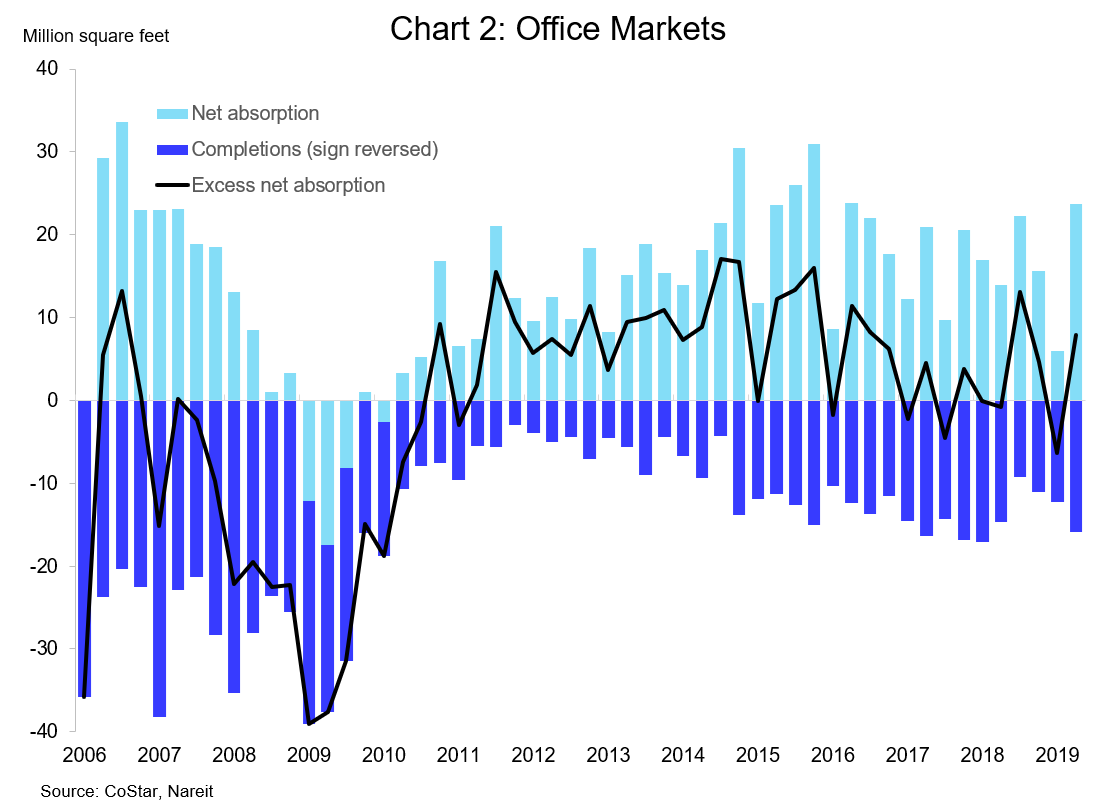 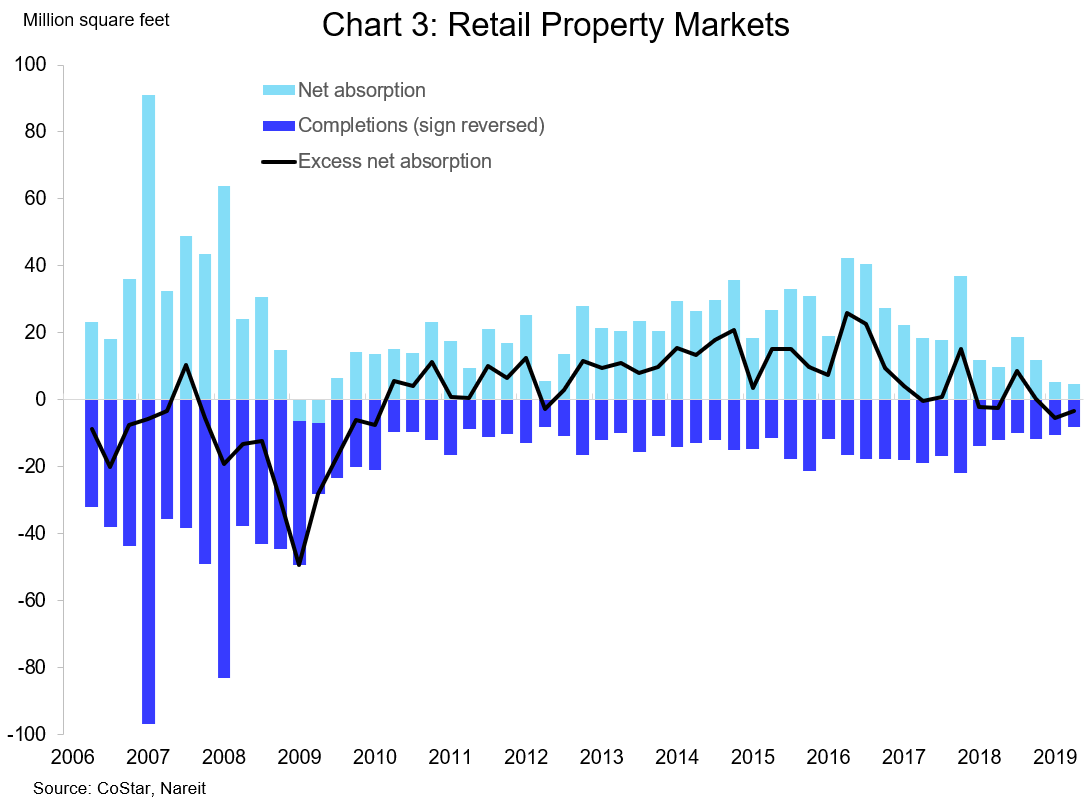 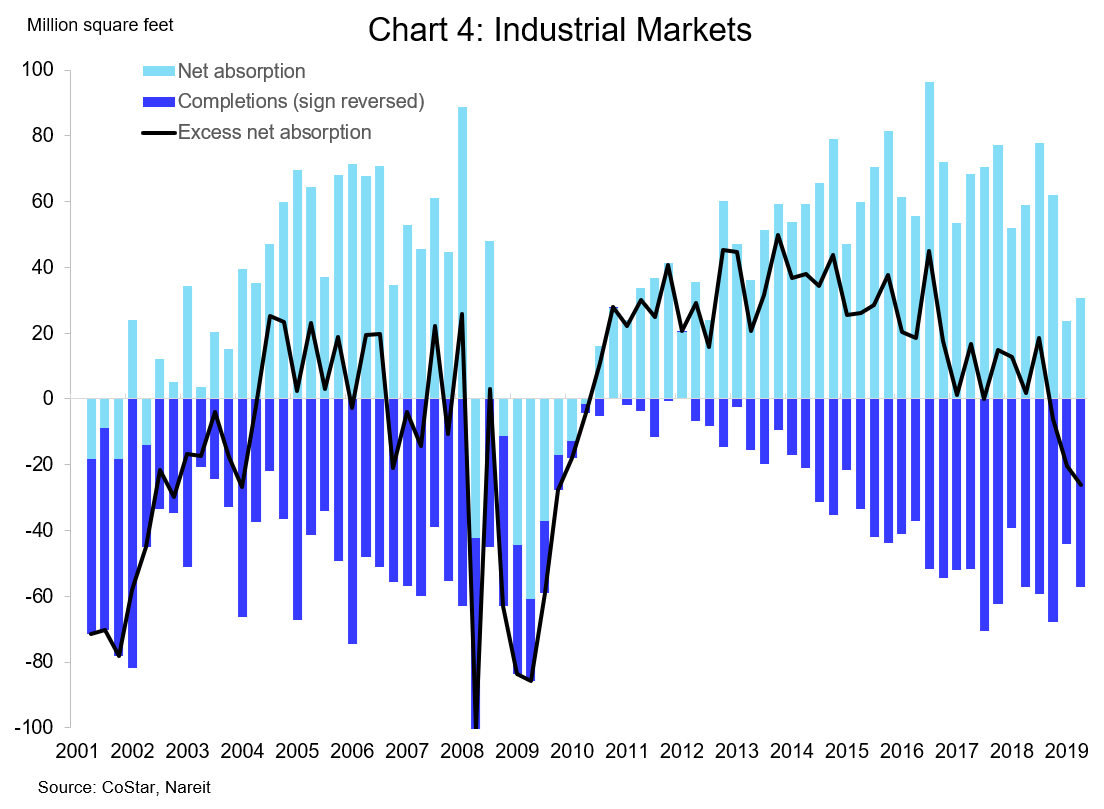 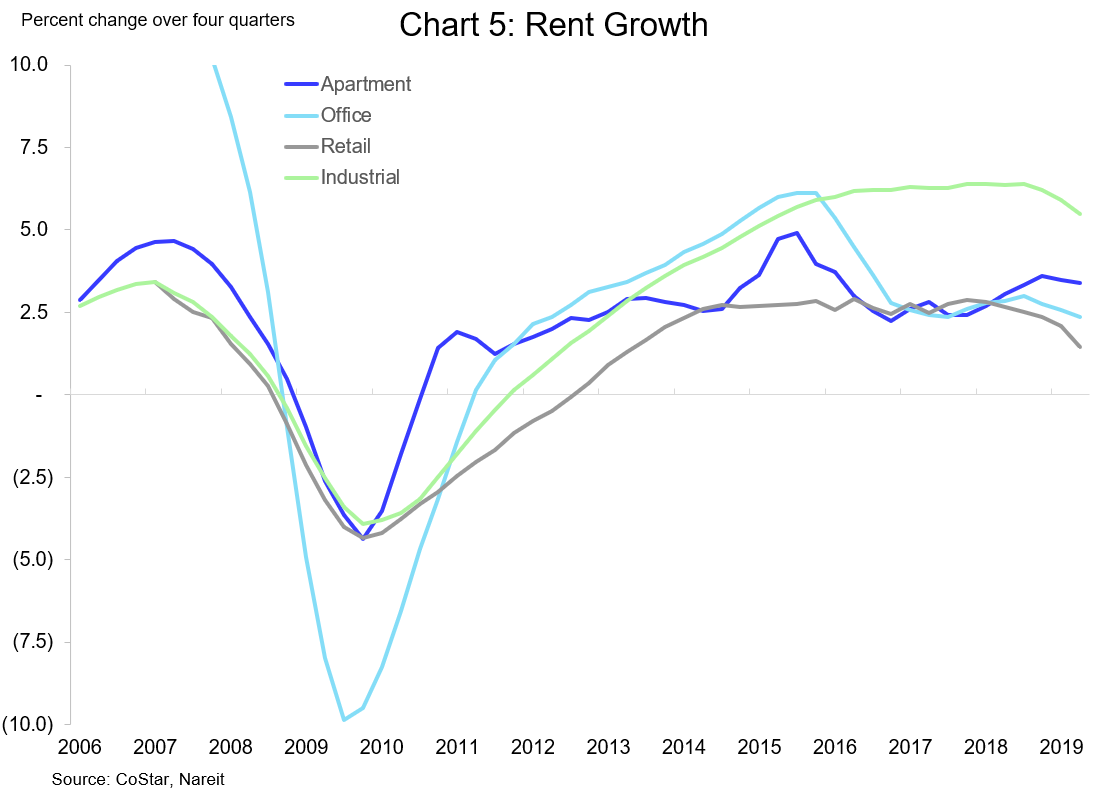 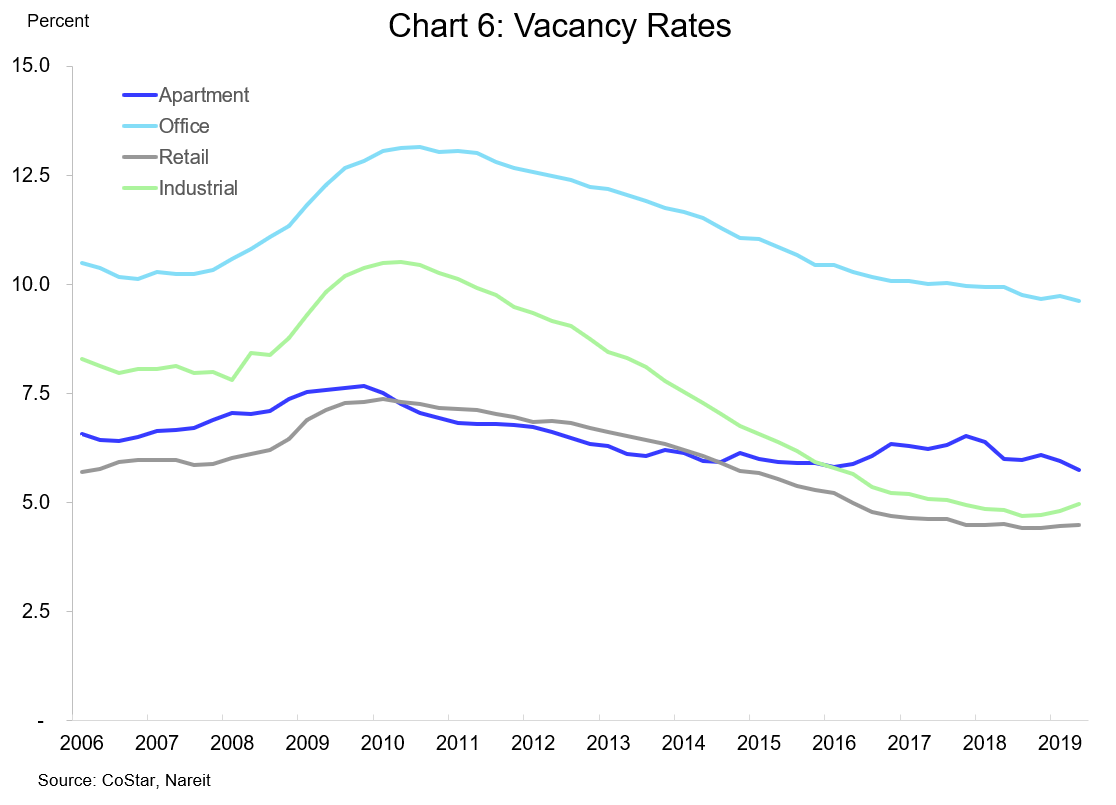