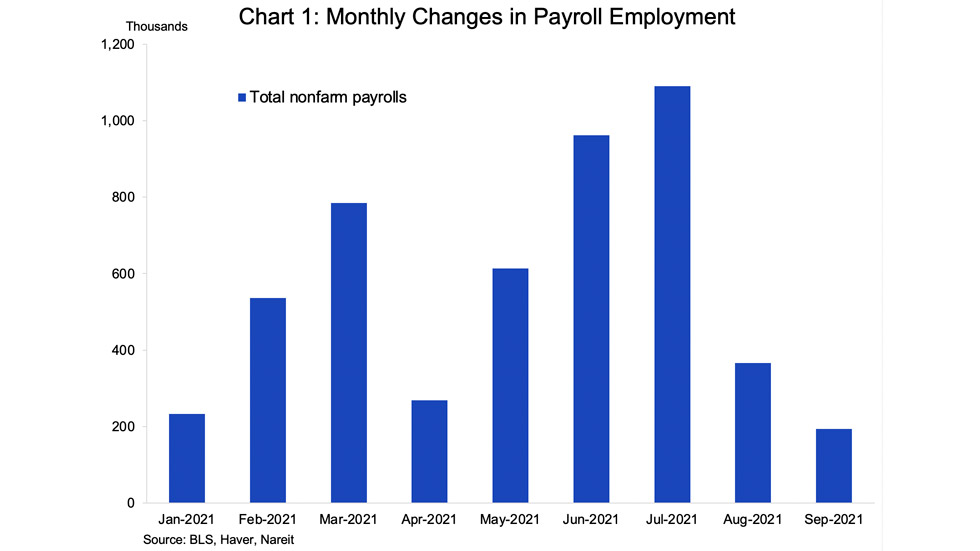 The September jobs report was disappointing on several fronts, as the surge in new cases of the Delta variant of COVID-19 put the jobs recovery on hold. Total nonfarm payroll employment fell short of expectations, with the 194,000 rise being the smallest monthly increase so far in 2021. The slowdown of employment growth was exaggerated to a certain extent by problems adjusting for “normal” seasonal hiring patterns during a pandemic in which little is normal. Even accounting for these technical factors, however, hiring was weak (see the statistical note at the end of this commentary for a brief discussion of the seasonal adjustment issues in the September employment report).

The monthly employment report contains the broadest measure of employees who work from home (WFH), based on the same sample of households used to calculate the national unemployment rate. According to this monthly measure, the return-to-office of workers who have been telecommuting due to the pandemic has paused, likely due to concerns about the recent surge in the Delta variant of COVID-19. Work-from-home (WFH) peaked at 46.0 million employees in May 2020, but steadily declined through most of last year, except for a bit of a rebound in November and December during a surge in COVID-19 infections. In 2021, an average of 2.0 million workers returned to the office each month between January and July. 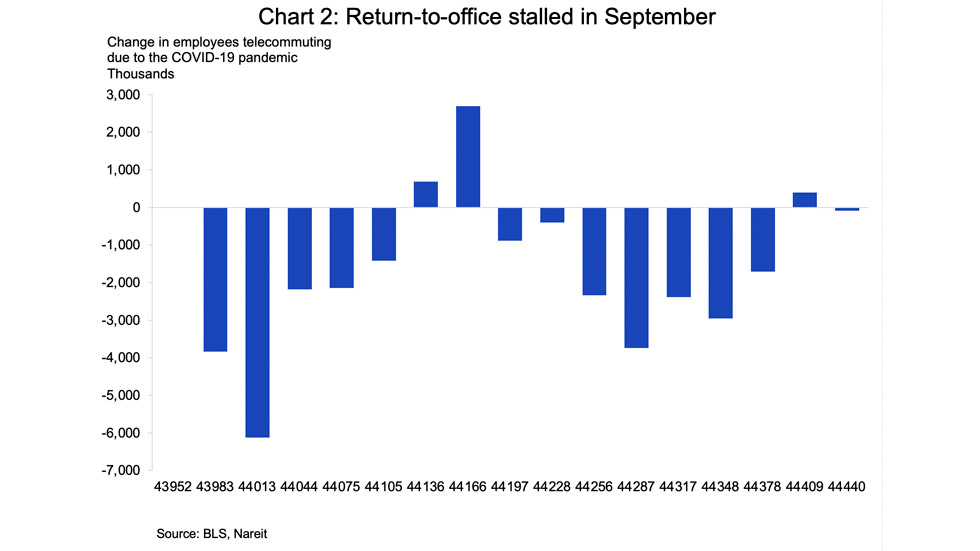 Return-to-office has stalled with the latest rise in pandemic infections. WFH increased 400,000 in August and was little changed in September. Many major employers have pushed back plans for a more complete return to the office later this year or in January, 2022. Many of the 19.6 million employees who continue to telecommute because of the pandemic are likely to return to the office in the first half of next year.

Another measure of the return-to-office shows a similar picture of a slowing or a pause in September due to the Delta variant. Kastle Systems, a company that provides security systems for office buildings, reports a weekly measure of the building access security card swipes by its business partners in ten major cities. Building occupancy among its business partners in these cities declined for several weeks in August and September as new cases of the Delta variant rose rapidly.

More recent data from Kastle show, however, that building occupancy began to rise again in late September and early October. This suggests that the national monthly measure may show a resumption in the return-to-office when the national monthly employment report for October is released.

Not all the news in the September employment report was negative, however. The index of aggregate weekly hours, a good proxy for total economic activity, rose 0.8%. The total hours worked over the past three months increased at an annual rate of 5.0% compared to the second quarter, suggesting that the economy retains considerable momentum despite the renewed concerns about the pandemic. This higher level of economic activity is generating demand for commercial real estate, and will continue to support the recovery in CRE markets. 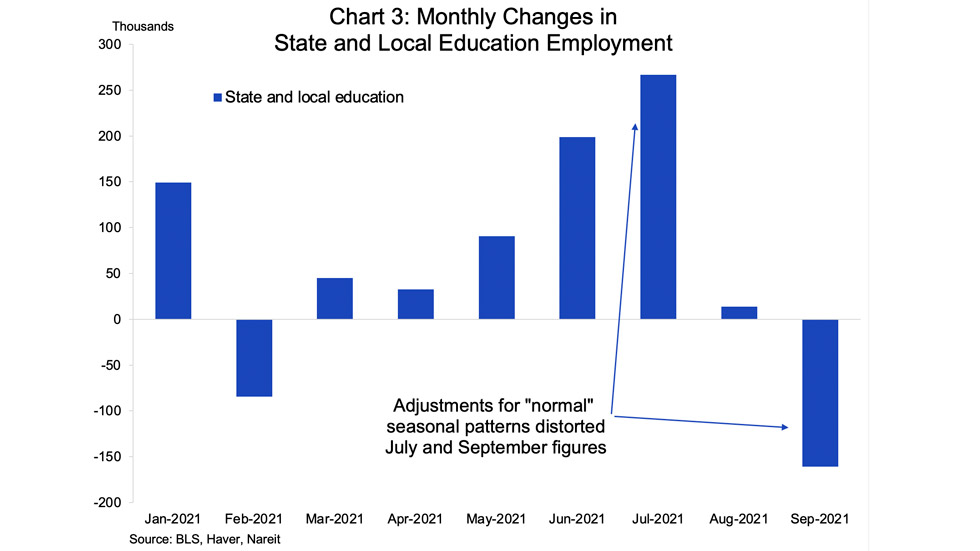 Statistical note: Seasonal adjustment programs expect a decline in education employment at the start of the summer and a rebound in the fall. Since school payrolls were already at bare-bones levels, a smaller decline occurred in July than in most years—many of the teachers who would have left their jobs in a normal year were already off of the payrolls in June—and the “seasonally adjusted” figures got an artificial boost. The opposite occurred last month, when state and local education increased 1.03 million, which was less than the seasonal factor expects for a “normal” year, so the adjusted figures showed a decline. Hiring outside of education did not show any deceleration, but still remained well below the pace in May, June, and July. 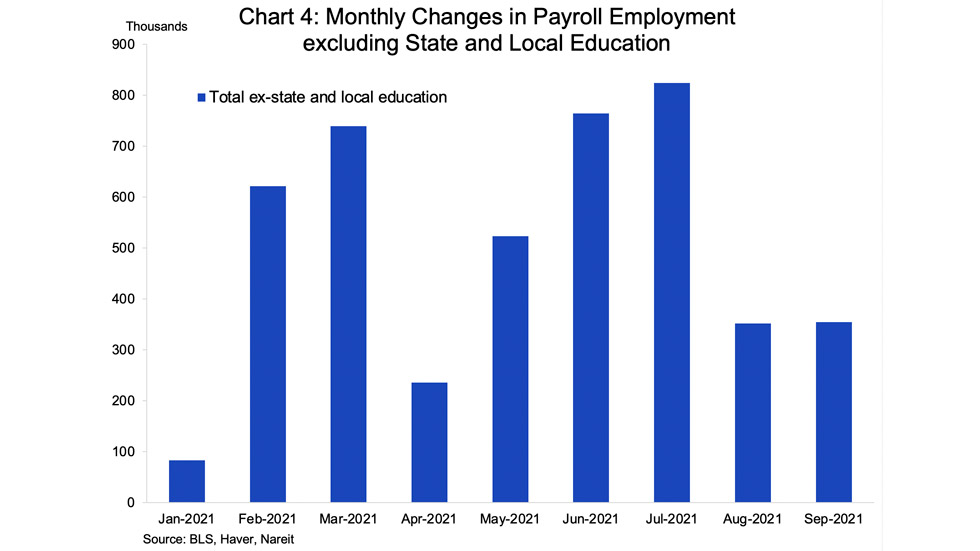