The January release of the Job Openings and Labor Turnover Survey (JOLTS) from the Bureau of Labor Statistics last week provides additional evidence that the labor market continues to tighten despite concerns about financial market volatility and weak foreign economic growth.  JOLTS tracks job openings, quits, hires and layoffs from a sample of establishments. Although it is published with a one month lag to the better-known monthly Employment Report, it serves as a useful complement to traditional labor market measures such as unemployment and change in total employment. NAREIT tracks labor market conditions because they are a timely indicator of the demand component of REIT and real estate fundamentals.

The number of job openings rose to 5.54 million in January, up 260 thousand from December 2015 and up 569 thousand year-over-year (below chart, blue line). 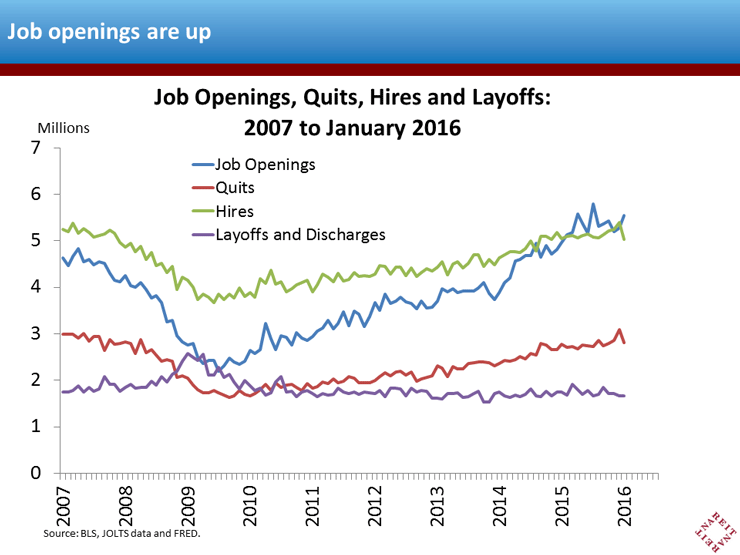 While job openings improved in January, other JOLTS monthly measures were mixed. The number of hires (the green line) fell slightly from the very strong December level, but remained about in line with the year-ago levels of hires.  Quits (the red line) are an important measure of employee confidence in the labor market. As the graph shows, quits declined from the strong December level, but are up on the year-over-year basis. The JOLTS trends are consistent with a relatively strong and tightening labor market. A new phenomenon is that the number of job openings has exceeded the number of hires in nine of the past ten months. 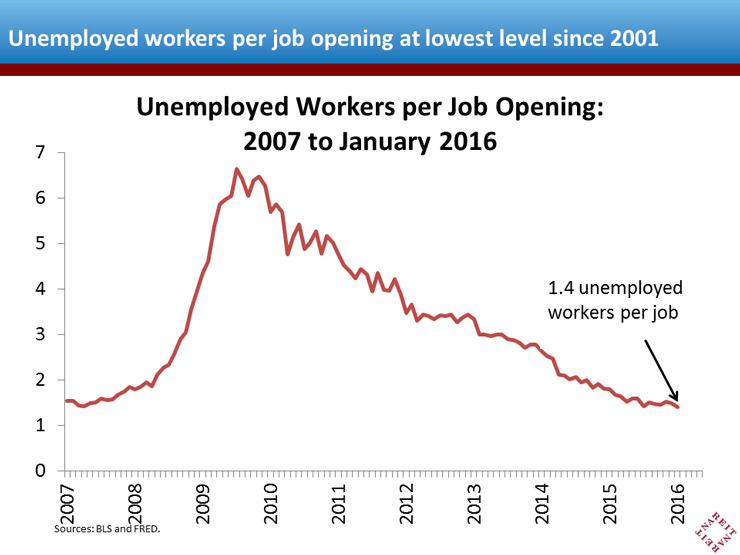