Calvin Schnure
Total nonfarm employment rose 211,000 in November, following an upward-revised increase of 298,000 in October, showing a strengthening economy heading towards the end of the year. Labor market slack is much diminished from two or three years ago, with the unemployment rate unchanged at 5%. The stronger job market is beginning to translate into higher incomes, as hourly earnings are on an upward trend, rising 2.3% over the past 12 months. 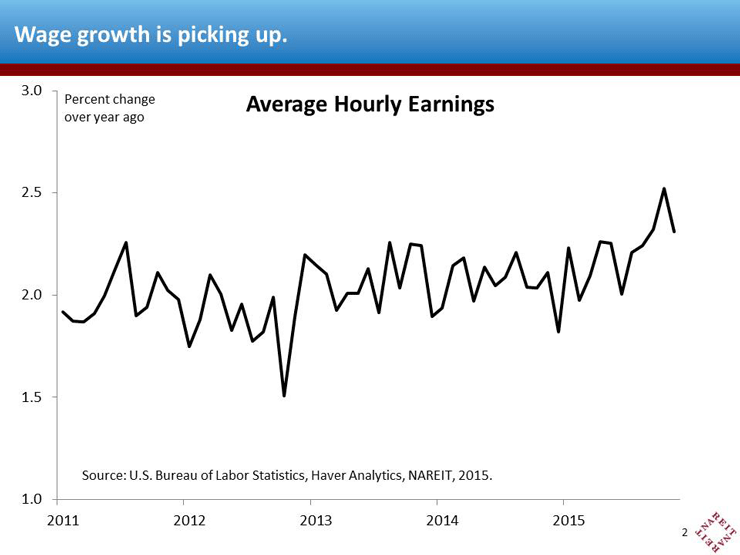 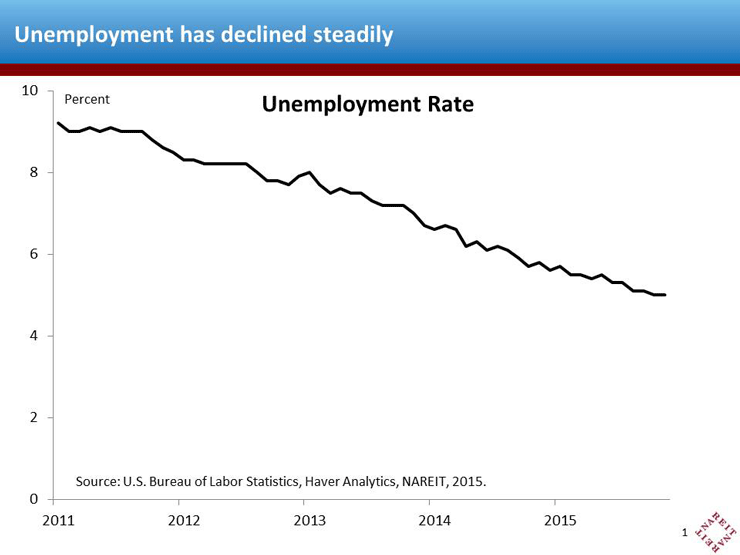 These headline employment figures indicate that the fundamentals for the overall economy are improving. We can dissect the report, however, for more insights about specific REIT property sectors: 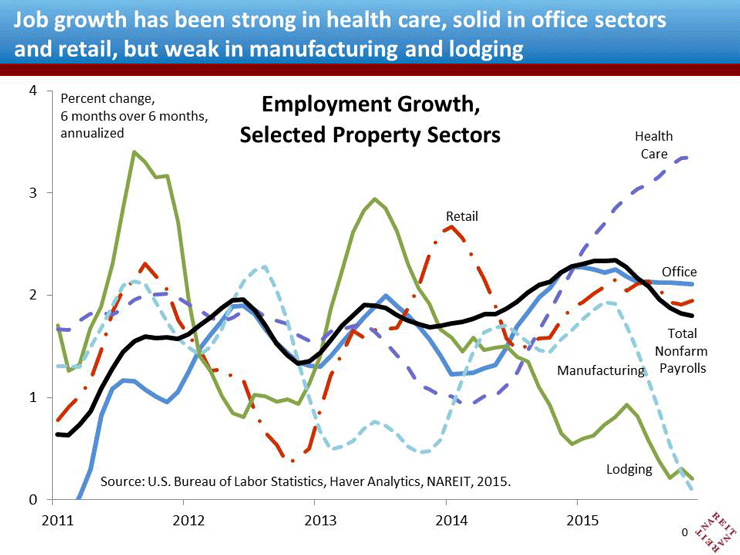