The April release of state unemployment rates from the Bureau of Labor Statistics provides additional evidence that, in most of the country, labor markets are healthy and continue to strengthen.

An exception to this improving trend is in oil producing states, where unemployment rates have been rising.  Generally, however, the level of unemployment in those states remains modest.  NAREIT tracks labor market conditions because they are a timely indicator of the demand component of REIT and real estate fundamentals. 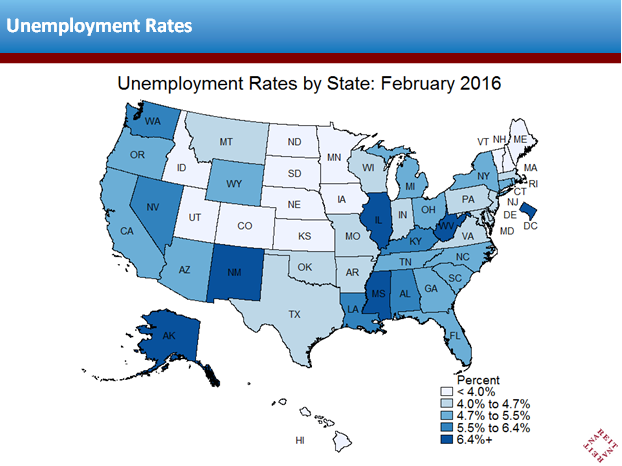 Compared with January, unemployment rates declined in 22 states, increased in 8 states, and were unchanged in 21 states.