Does the dismal employment report for March warn that the economy has stumbled again?

Nonfarm payrolls rose just 88,000 in March, a far cry from the 190,000 that analysts had expected, and the weakest monthly hiring since July 2012 [first chart below] . Is this a harbinger of a sharp slowdown in economic activity due to the sequester and the recent hike in payroll taxes? Let’s examine the details of the report, as well as other data, to look for signs of such a slowing.

Detail of the March job report

Bottom line: the sharp slowing in payroll growth does have us concerned about the durability of the economic recovery, especially in light of the sequester and recent increases in payroll taxes.

All of the industry details and other labor market and macroeconomic news, however, suggest the economy continues to move forward, albeit in an uneven manner and at a disappointingly slow pace. 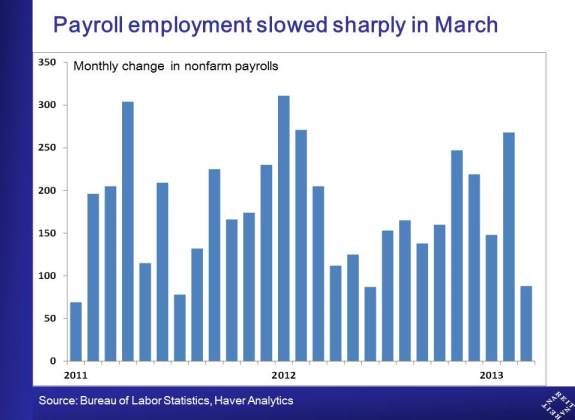 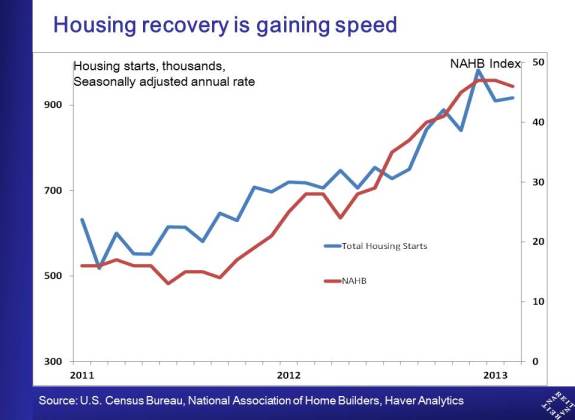 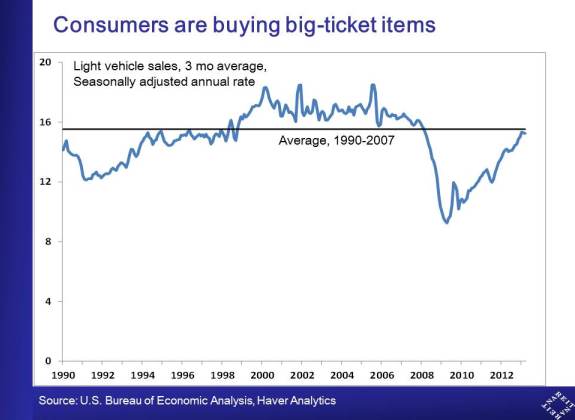 For more information on how the recent job market news affects the outlook for the overall economy and for commercial real estate, see the following REIT.com video.