Budget issues are likely to slow economic growth relative to baseline... but what's happening to the baseline?

Two issues have dominated recent economic headlines: the impact on consumers of the increase in payroll taxes that took effect at the beginning of the year, and the likely effects of an $85 billion cut to federal spending due to sequestration, should the Administration and Congress fail to reach a last-minute budget deal.

The cumulative effect of these fiscal changes is likely to be important, reducing GDP growth by one to two percentage points relative to the baseline outlook. There has been little discussion, however, of how that baseline may be moving.

The recent economic news outside of federal budget issues has been marked by upside surprises, suggesting that the baseline in fact has been moving up:

The take-away from these recent reports covering most of the economy — housing markets, labor markets, business investment, consumer confidence — is that the underlying momentum for economic growth has been moving up in recent months. The current federal spending issues are likely to restrain growth a bit, but there is an unmistakable sense that the economic baseline is gaining traction. 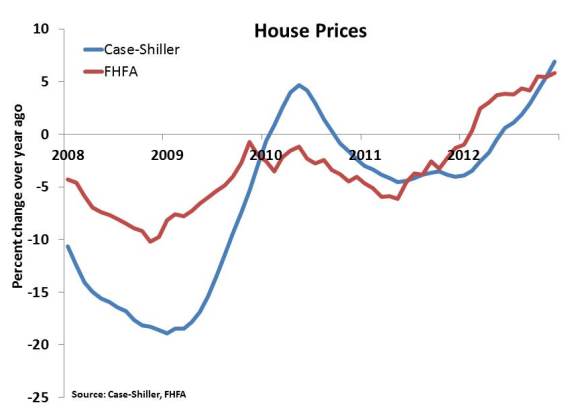 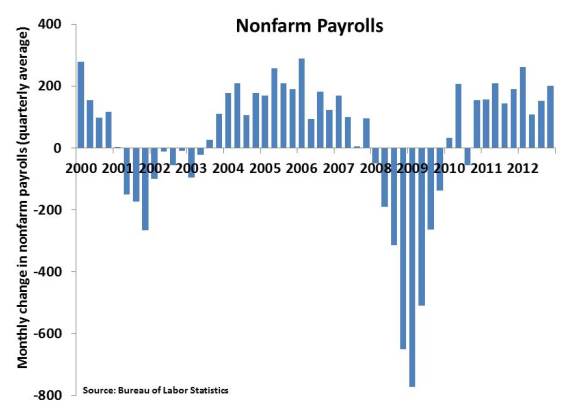