The pandemic left a deep mark on commercial real estate in the fourth quarter as falling demand for leased space led to a rise in vacancy rates across most property types, and rents declined. Sales of commercial properties rebounded, however, after a near halt in activity during the spring and summer, and transactions-based priced indices were stable, suggesting that market participants believe the pandemic’s impact will fade as vaccine distribution proceeds and the overall economy continues to recover. 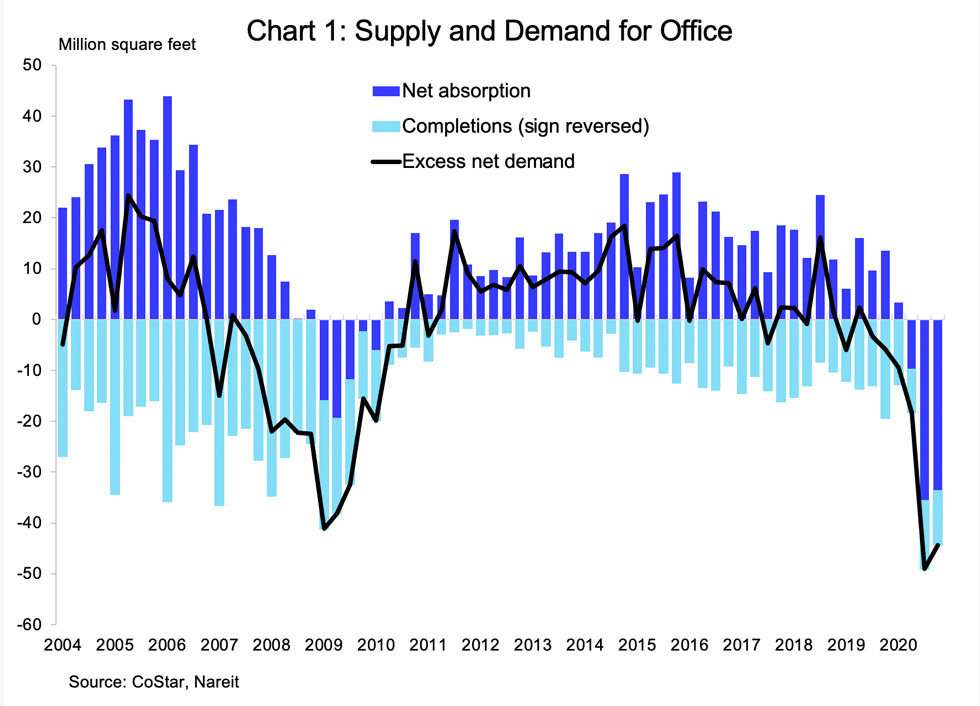 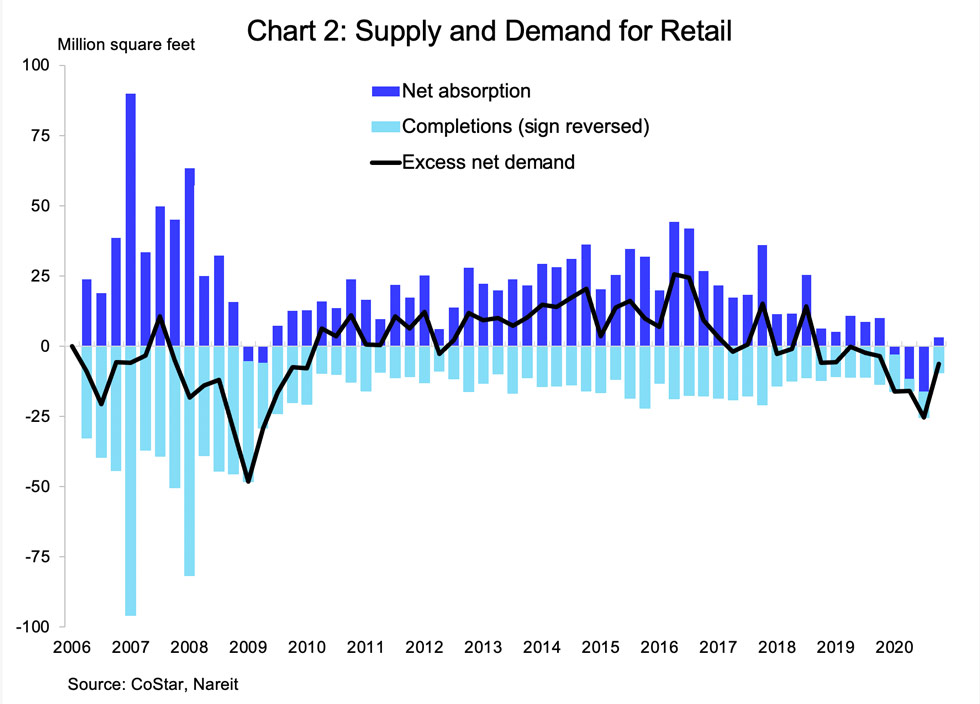 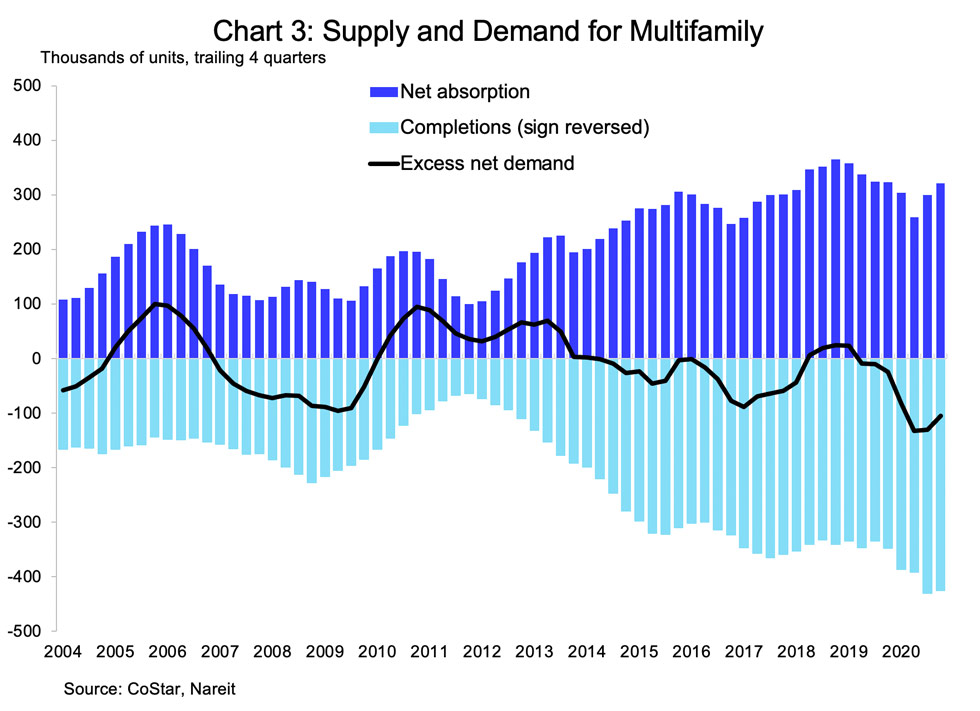 Demand for multifamily units has been less than new supply over the past four quarters (chart 3 displays trailing four quarters due to the strong seasonal patterns in apartment leasing). 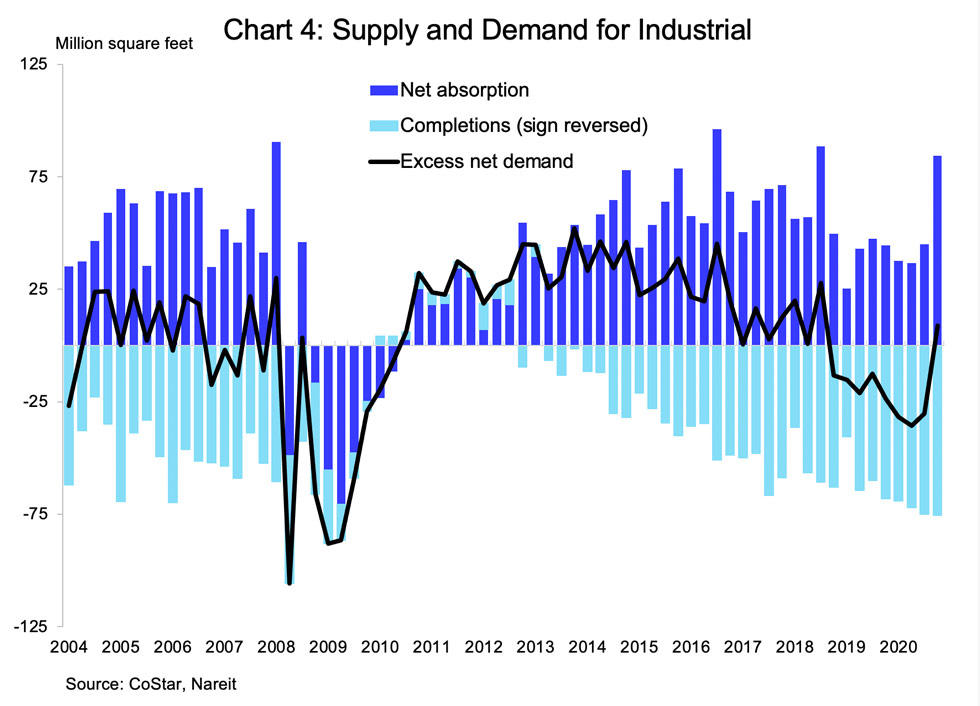 Demand for industrial space, in contrast, jumped to 84.4 million square feet, more than double the average quarterly pace during the first three quarters of the year. The increase in net absorption resulted in positive excess demand (i.e. net absorption minus completions) for the first time since the third quarter of 2018. 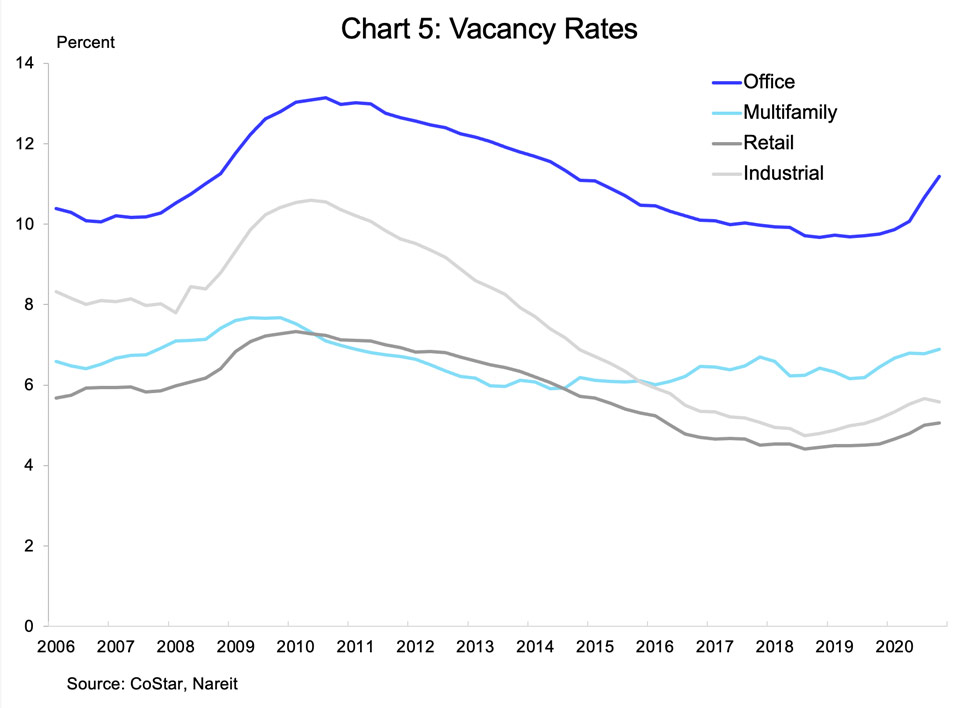 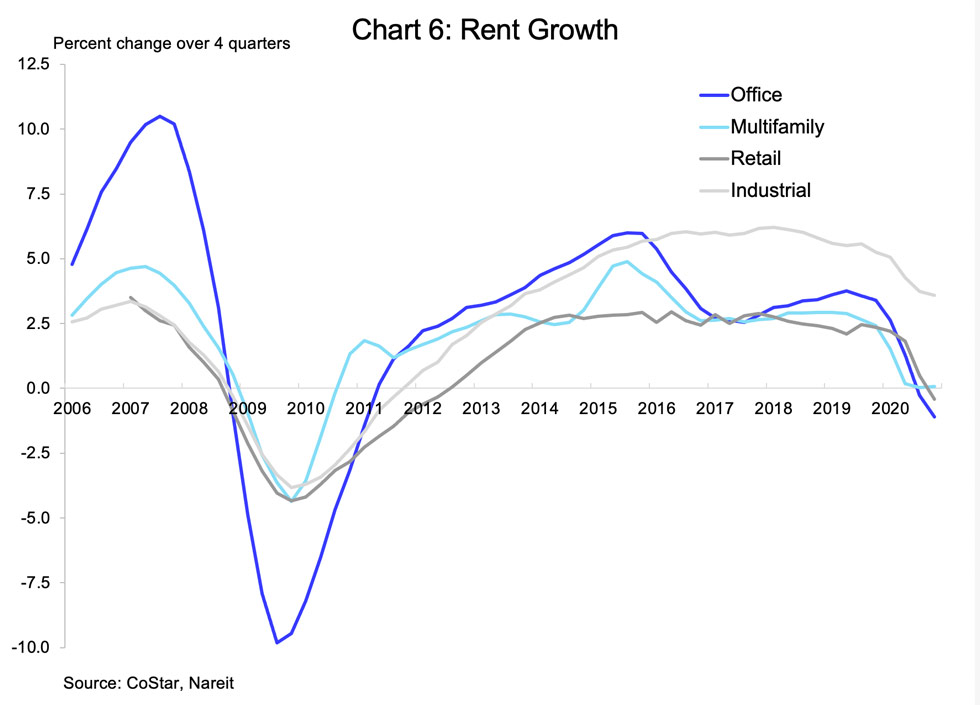 Rents declined in the three markets with rising vacancy rates. Office rents were 1.1% lower in the fourth quarter than one year earlier, and multifamily and retail rents were 0.3% and 0.4% lower, respectively. Industrial rent growth has decelerated to 3.6% over one year ago, from a 6% pace as recently as 2018. 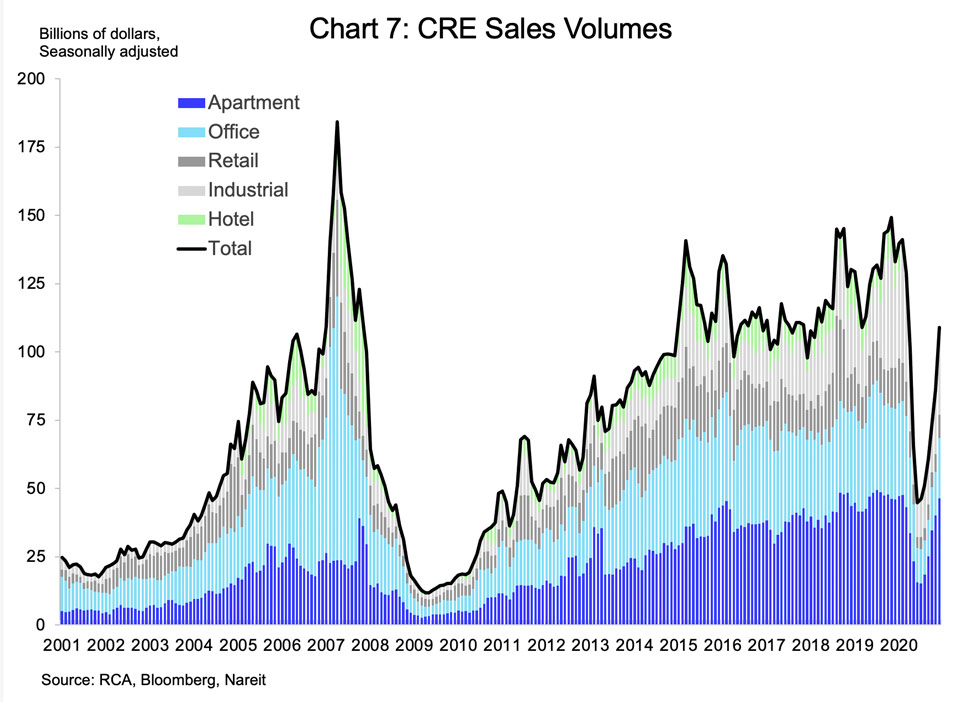 Transactions volumes of commercial properties rebounded in the fourth quarter, after having plunged during the early months of the pandemic. Sales of industrial and multifamily properties recovered fully by the end of the year to be back to year-ago levels. Sales of office and retail properties had partially recovered, to 35% and 45%, respectively, below year-ago. Transactions in hotel properties, in contrast, were 75% below year earlier. 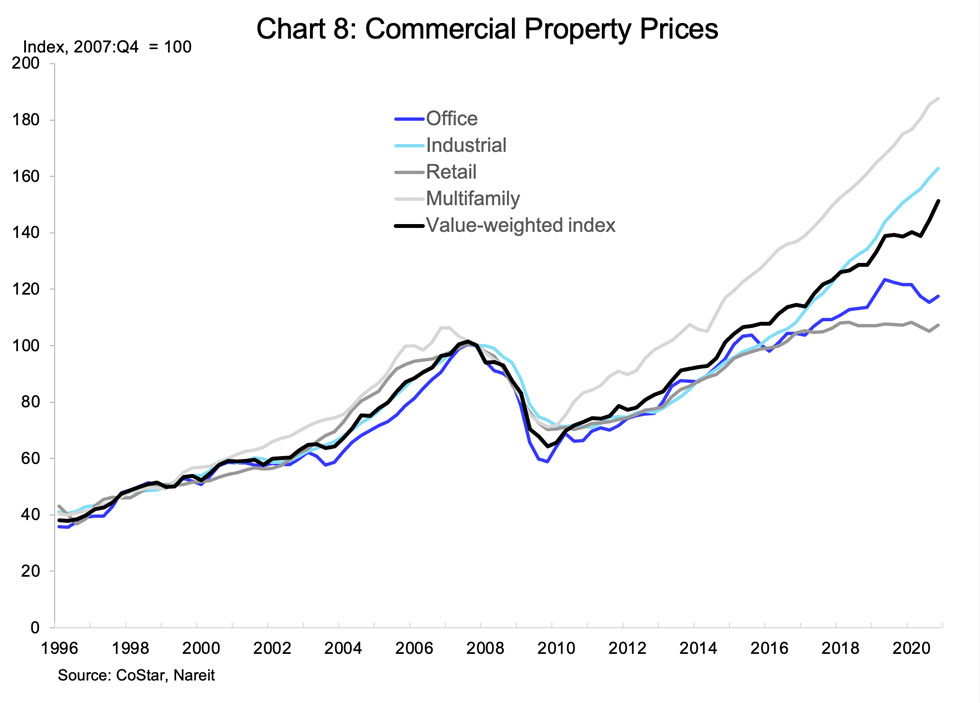 Commercial property prices were surprisingly resilient, considering the declines in demand and rents in 2020. Prices of office properties were weakest, according to the CoStar Commercial Repeat Sales Index, but still were down only 3.4% compared to the fourth quarter of 2019; retail property prices were in line with year-ago. Prices of multifamily and industrial properties, in contrast, have continued rising through the pandemic, and were 7.2% and 8.0% higher, respectively, than one year ago.