Calvin Schnure
Nonfarm payroll employment rose only 142,000 in September, far below recent trends, and gains in prior months were revised down as well. There’s little good news in this report concerning the economic outlook, as there was no gain in average hourly earnings, and labor force participation slipped further, indicating that weak demand for labor is keeping some potential workers on the sidelines. Taken at face value, such news would be a clear negative for the fundamentals for REITs and commercial real estate. 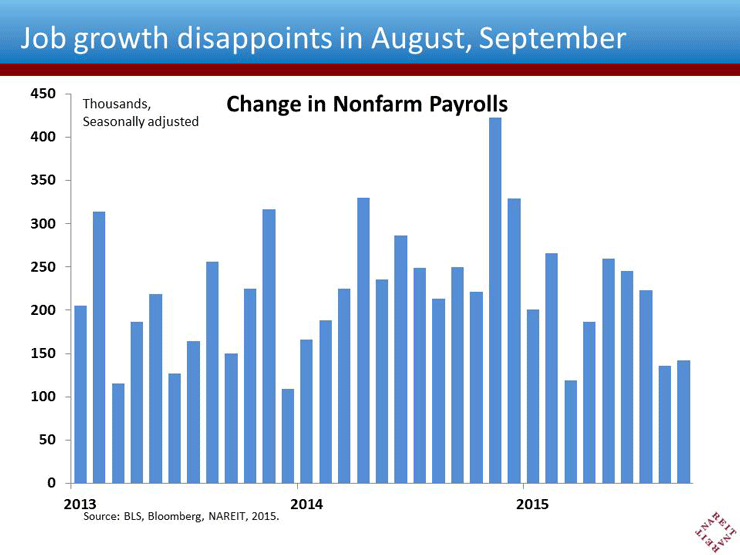 But there’s more to the story, as other information suggests the economy continues to gain momentum. For example, U.S. consumers, the mainstay of the economy, appear unfazed by recent events. Consumer sentiment has moved up despite all the recent turmoil in financial markets, suggesting that recent government statistics may not be reflecting any underlying weakness in the economy at large. 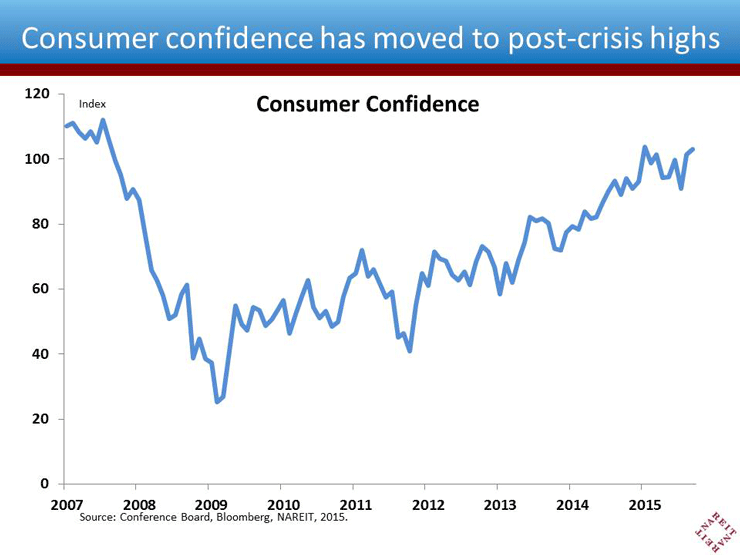 And consumers appear to be putting their money where their mouth is. Auto sales jumped in September to an 18.1 million unit annual rate, the fastest since 2005.  Not only does such strength confirm that households have some confidence about the future, the robust sales pace will also spur increased auto production, which sends ripples throughout many sectors in the economy. 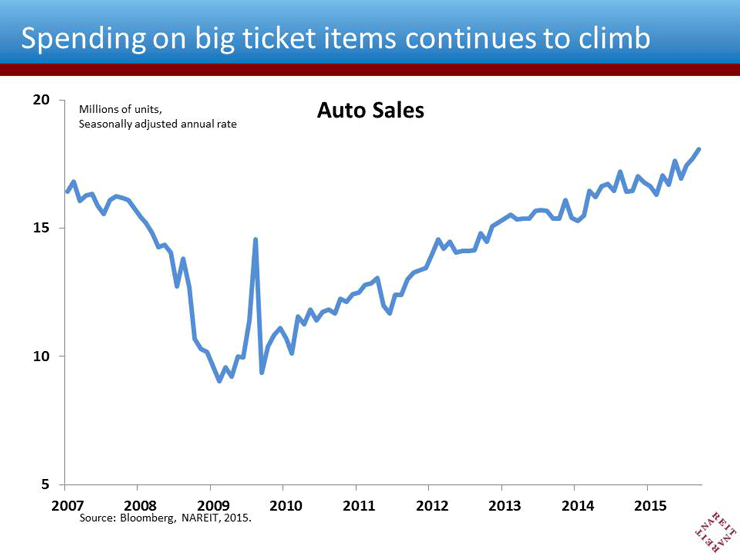 It can be challenging at times like this, when major economic indicators send such mixed messages, to see clearly the trend for the months and quarters ahead. We certainly take note of the pronounced weakness in the jobs report, given the outsized role of employment and income growth in driving an economic expansion. Currently, though, most of the rest of the signals are pointing up, leading us to continue to expect the macro fundamentals to support demand for commercial real estate. This is likely to continue to support occupancy, rent growth and property valuations, laying the foundation for solid returns for REITs in the quarters ahead.