Household formation, the ultimate source of demand for both rental and owner-occupied housing, has been stubbornly slow in recovering from the housing crisis. Recent data show, however, that a recovery is underway (finally)! 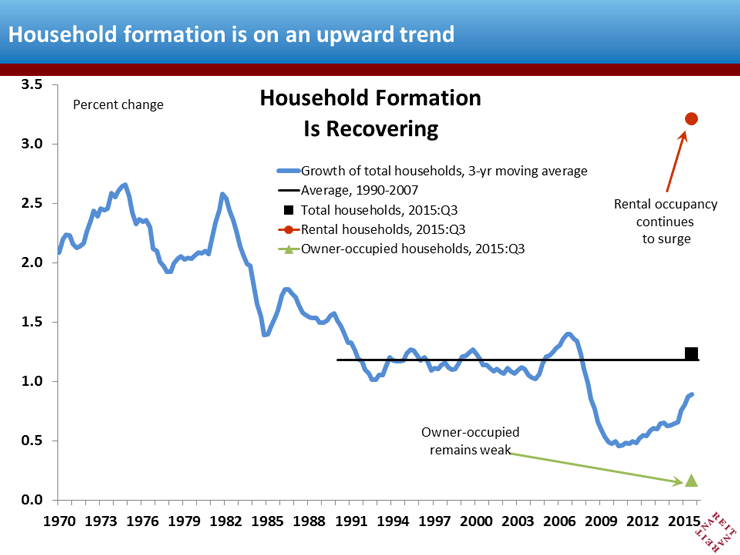 Total households rose 1.4 million over the past four quarters, a 1.2% growth rate, which marks the first time that total household formation has reached its pre-crisis trend.  Rental occupancy continues to lead the way with 3.2% growth. The number of owner-occupied households ticked up only slightly, after having posted declines for much of the past eight years. 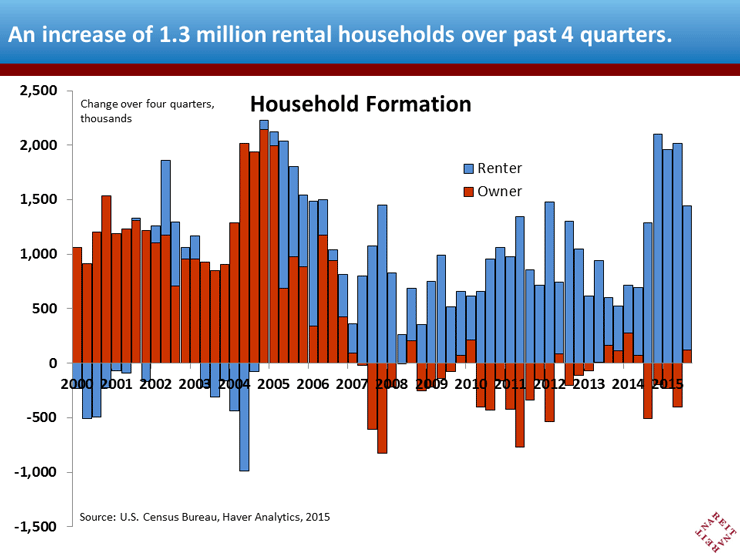 A slight deceleration in growth of rental occupancy and rising deliveries of new apartment units caused an increase in the rental vacancy rate, to 7.3%, from a 30-year low in the second quarter. New construction of multifamily housing, which has continued to ramp up, will provide further pressure on the rental vacancy rate in 2016, as will move-outs of renters that are buying homes. 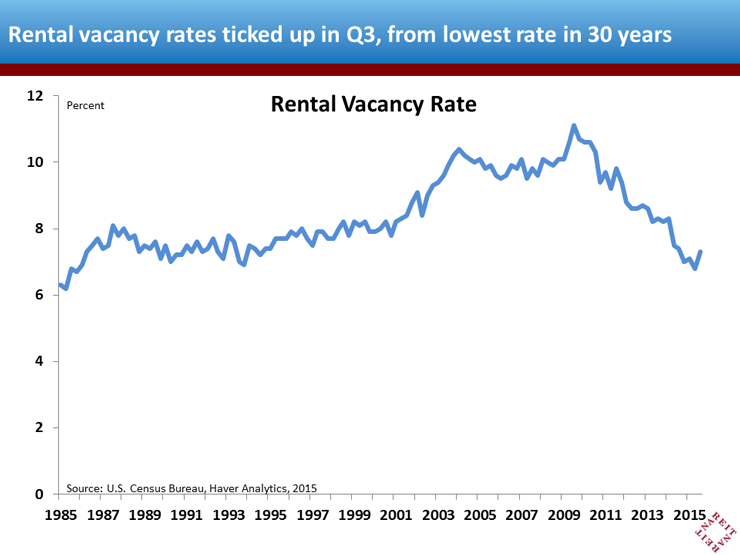 The driving force in the apartment market these days, however, is the pent-up demand represented by those doubled-up with roommates, living with parents, or otherwise sharing accommodations. We estimate this “backlog” of household formation to be anywhere from 3 million to 5 million households, more than enough to absorb the new construction in the pipeline (a quick way to picture this backlog is to look at the gap since 2007 between growth of total households, the blue in chart 1, and the pre-crisis trend, the black line).