A new tool may help you better understand real estate markets, focus on market segments or time periods, or even put together better presentations and exhibits.

NAREIT’s Real Estate Index Comparison brings together a wide array of leading sources of return measurement in the real estate market in a tool that makes it easy for you to select which measures you want to display.  The tool displays returns measured by eight widely respected benchmarks:

Check out what you can do with the index comparison tool:

To illustrate how the index comparison tool can be used, Chart 1 compares several measures of property appreciation (“App”) nationwide for all property types on an unlevered or property basis (“Nat, All, Property”) during the real estate market downturn and liquidity crisis, which started as early as 2007Q1 by some measures and ended as late as 2010Q1 by others.  (To facilitate comparisons, each index is normalized to take the value 100 at its peak during the pre-crisis period.) 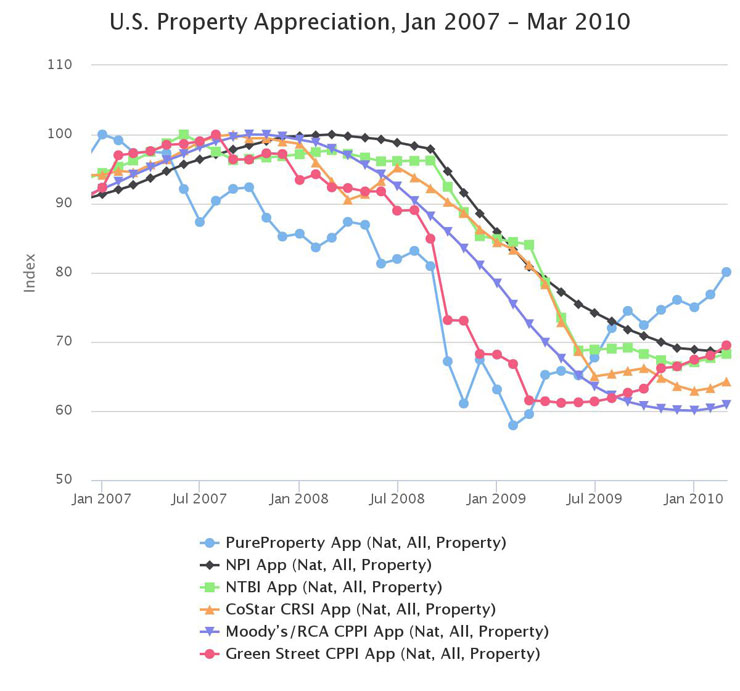 Chart 2 shows how the index comparison tool can be used to focus on a segment of the market—in this case real estate in the Midwest Region over the entire available historical time period from 2002Q3 through 2016Q2.  This chart displays three available indices on a logarithmic scale: 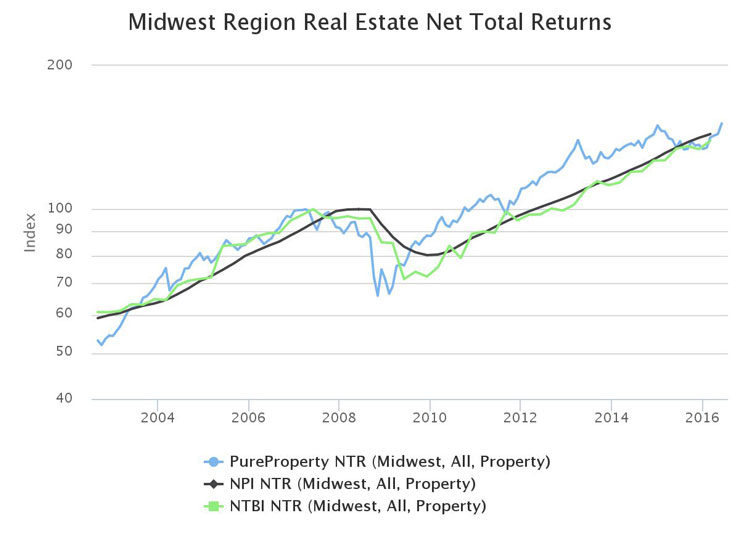 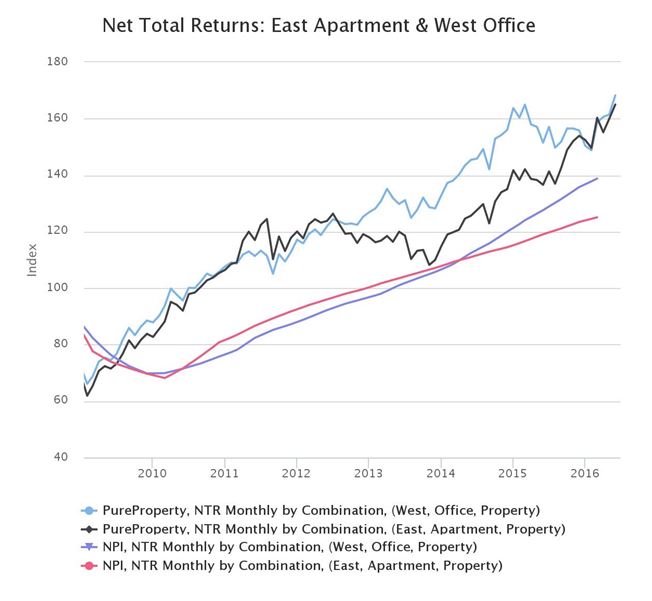 NAREIT’s index comparison tool is intended to make it easier to draw genuine insights by comparing measures of performance in different segments of the real estate market.  How will you use it to help prepare your next presentation?