The most recent data on state unemployment rates from the Bureau of Labor Statistics (through the end of May) show that, compared with April, unemployment decreased in 22 states, increased in 11 states and was unchanged in 18 states. 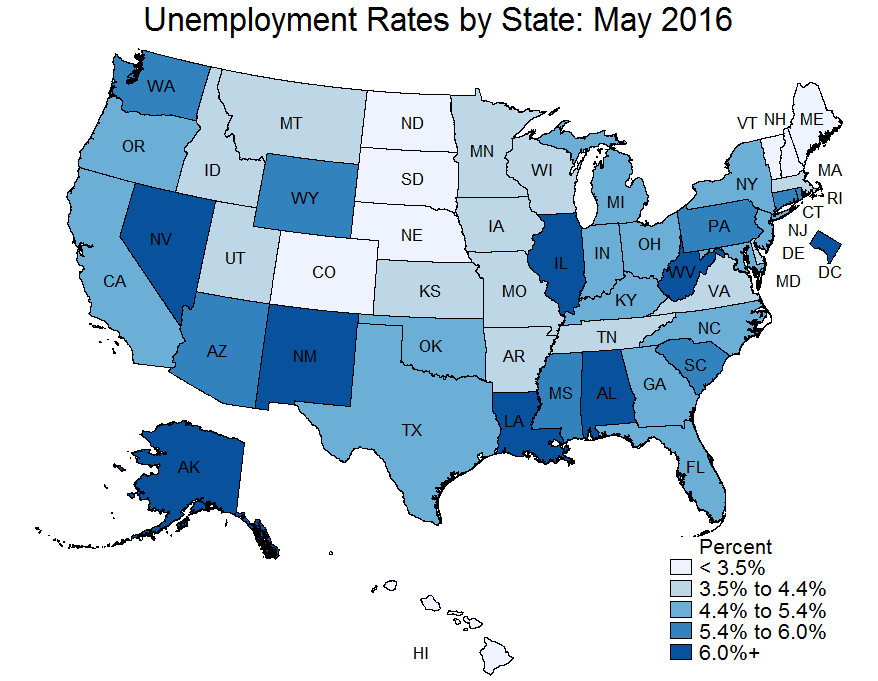 Unemployment rates are lowest in South Dakota at 2.5 percent, New Hampshire at 2.7 percent and Nebraska at 3 percent. The states with the largest listed REIT property ownership exposure saw decreases or no change in unemployment compared with last year. They include: