REITs have maintained access to capital markets, unimpeded so far by the pandemic. Total capital raised in the second quarter, including common and preferred equity and unsecured debt, was $30.9 billion, up 11% from the first quarter and 25% higher than one year ago ( note: the pandemic began affecting financial markets in the middle of March, a few weeks before quarter-end. The analysis presented here, however, would be little changed if one compared the period before and after March 15 .).

Total common equity raised in the second quarter was $6.2 billion, up 31% from the first quarter. Preferred equity capital raised declined from $1.5 billion to $0.5 billion (chart 1). 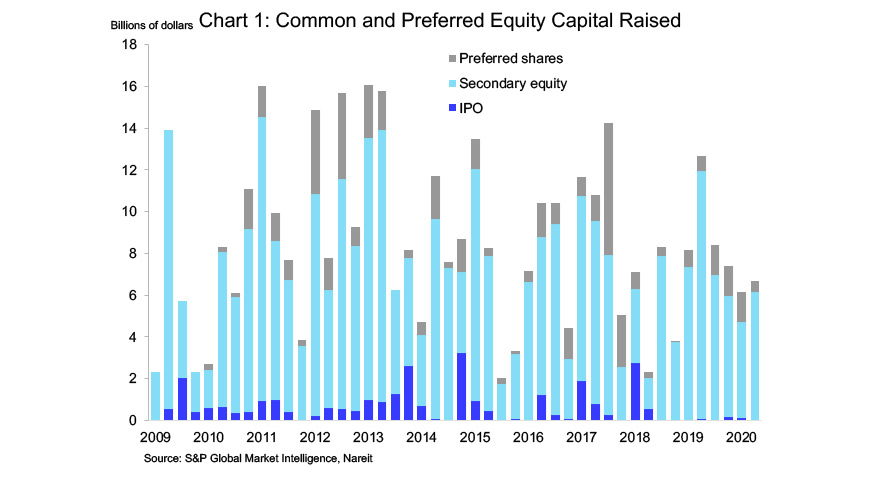 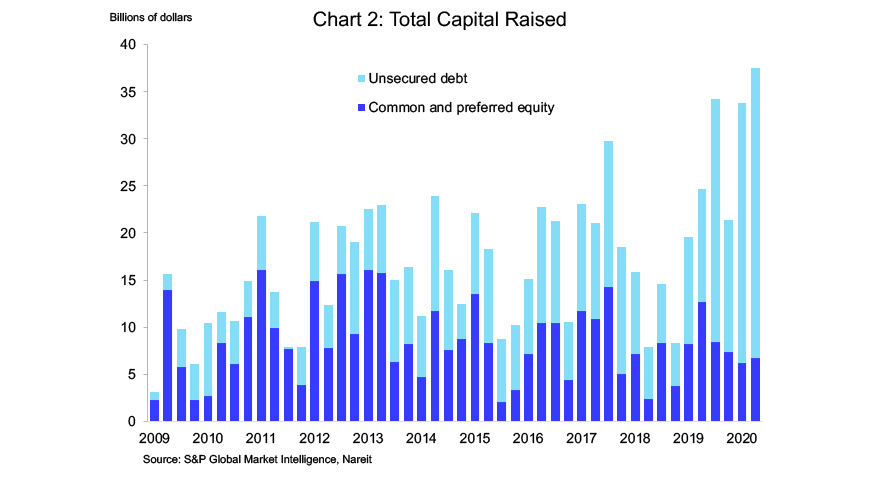 REITs’ access to capital demonstrates investor confidence in their ability to operate despite difficult economic and financial market conditions. This is due in part to the relatively strong financial position of most REITs at the time the pandemic began to spread in the United States. REITs raised $440 billion of equity capital between 2010 and 2019, which lowered the weighted average leverage of REITs to the lowest in decades. 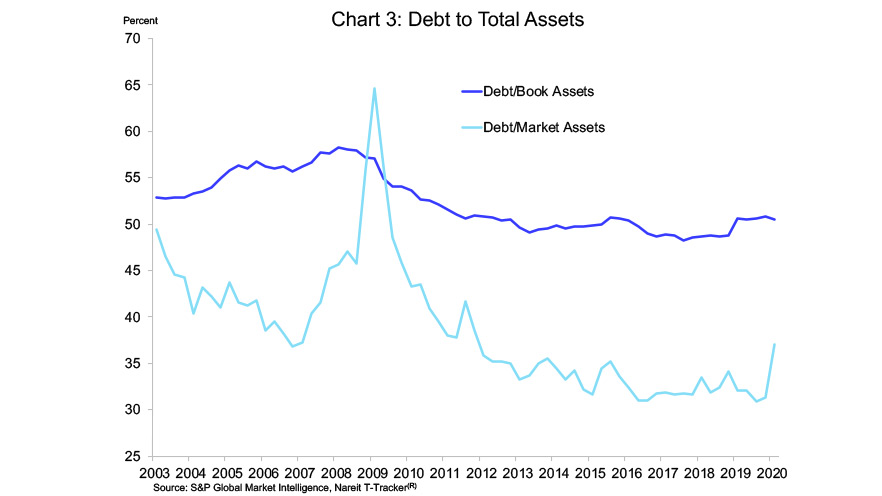 Access to capital and strong balance sheets can help protect against liquidity troubles due to shortfalls in rent receipts. The ability of tenants to pay rent during the pandemic has been a concern for many property owners, both REIT and private owners within the United States and abroad. To date, however, the REIT sector overall has had relatively little decline in rent receipts, according to a survey that Nareit has conducted of our REIT membership since April. In fact, as the economy began to reopen during June, rent receipts rose by ten percentage points or more among the free standing retail and shopping center property subsectors, while sectors including industrial, apartments, office, and health care, have had rent collections 95% or more of their typical receipts. The continued access to capital has helped maintain the solid balance sheet and liquidity positions of REITs and help protect against future shocks to cash flows.