A particularly noteworthy development in the asset allocation arena has been the significant increase in both the number of target-date funds (TDFs) that now include a listed REIT allocation and the percentage of total assets allocated to REITs within these products. 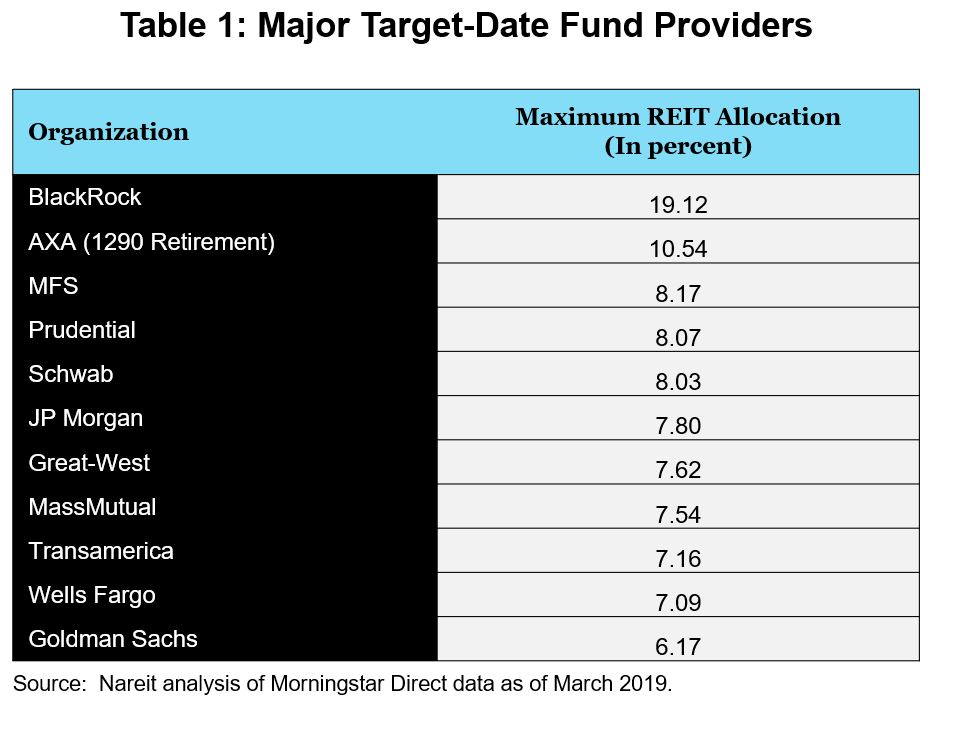 This trend is well illustrated by Table 1, which highlights large TDF fund providers featuring particularly meaningful REIT allocations. Among these providers is BlackRock, the largest investment manager in the world, offering a TDF with a maximum REIT allocation along its glide path of more than 19%. 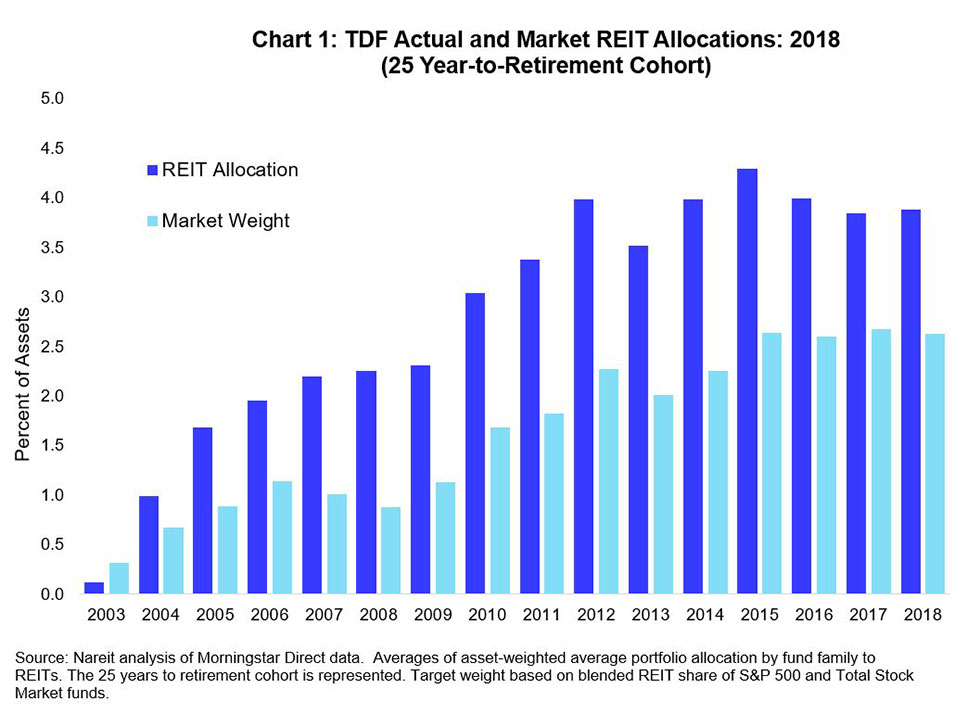 Back in 2003, the share of TDFs with REIT exposure was only 50%, while in 2018, 97% of them invest in REITs. In fact, 61%1 of TDFs have a dedicated REIT sleeve within their asset allocation. Chart 1 illustrates that since 2003, asset allocation product manufacturers have steadily increased their REIT allocations in their TDFs relative to the REIT market weight. The REIT market weight is estimated by using the maximum average blended REIT share of funds based on the S&P 500 or Total Stock Market funds. Actual TDFs’ share of REITs outpaced this benchmark consistently from 2004 to 2018 while generally following the same time trend. 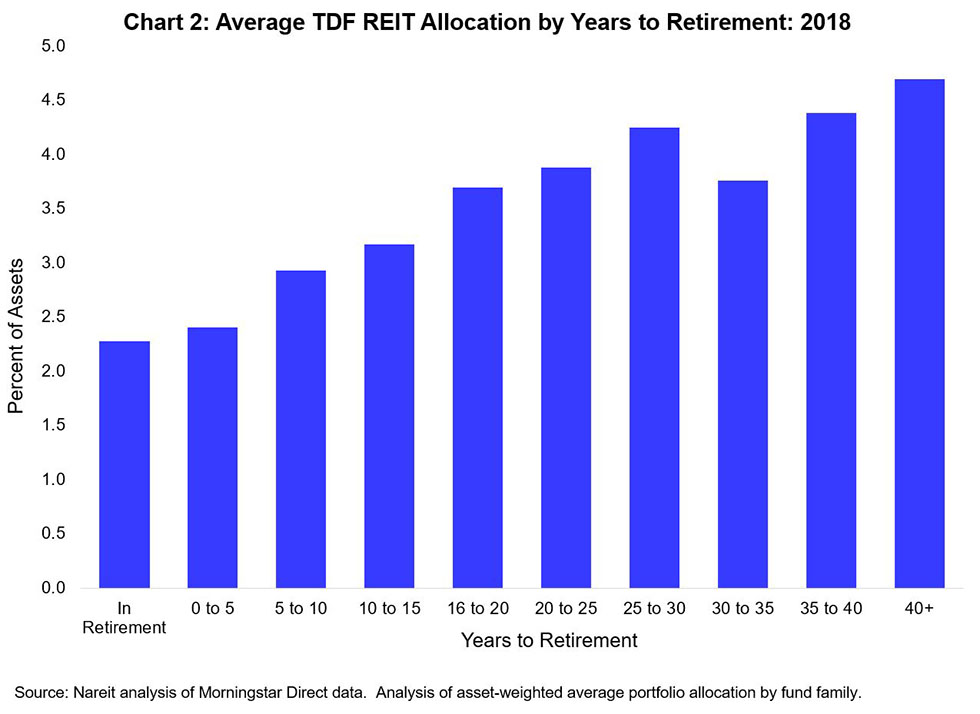 Looking across all cohorts of TDFs, no matter the time to retirement, REITs are part of the TDF strategy. Chart 2 shows the asset weighted average of REITs along the glide path. Following the same trend as total equity investments, TDFs reduce their holdings in REITs as retirement becomes imminent. However, REITs still play a small, but significant role in retirement income. They also play a key role in creating retirement wealth along the way.