REITs provide natural protection against inflation. Real estate rents and values tend to increase when prices do, due in part to the fact that many leases are tied to inflation. This supports REIT dividend growth and provides a reliable stream of income even during inflationary periods. 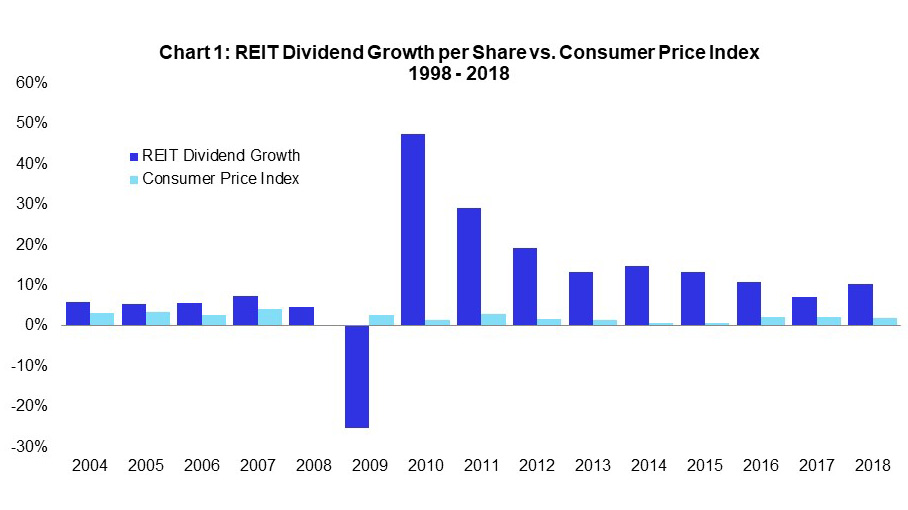 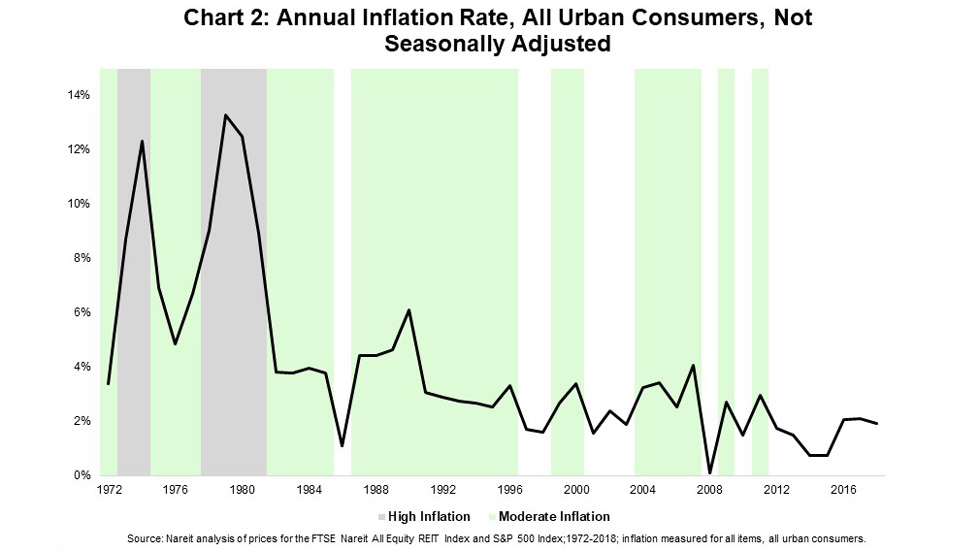 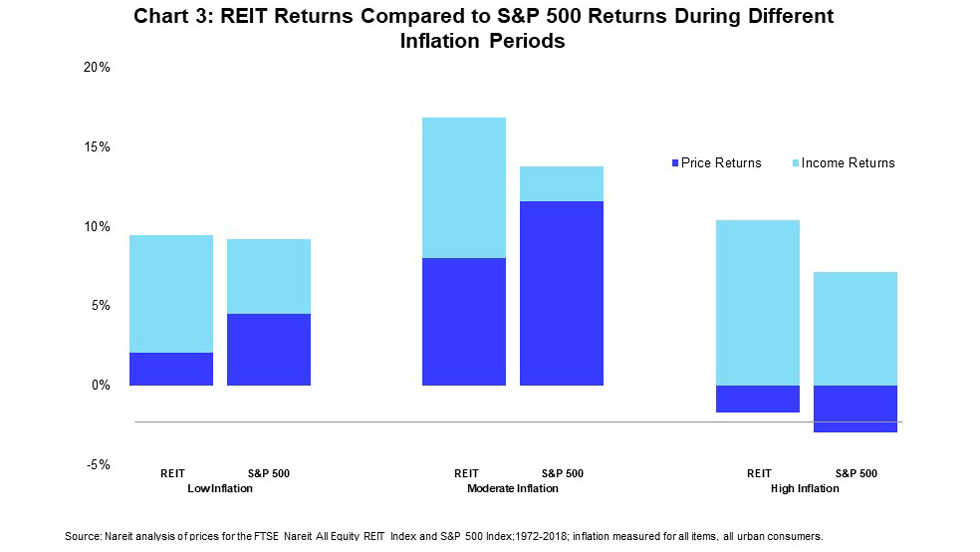 Chart 3 compares the performance of equity REITs and the S&P 500 in these three periods as demonstrated in Chart 2. In the high inflation periods, falling REIT prices were made up for by a strong income return. In periods of low and moderate inflation, although the S&P has stronger price returns in these periods, REIT dividends also lead REITs to outperform the S&P 500.