REITs and Interest Rates: A Positive Shift in the Market

There has been a decisive shift in REIT markets over the past six months, and investors would do well to take careful note of it:

The relationship between REIT returns and long-term interest rates has turned positive again.

REIT share prices generally rise as interest rates increase during periods of strong economic growth. The positive relationship is because a more robust economy boosts REIT earnings and the value of the buildings they own, while interest rates rise due to the demand for credit (and possibly inflation). The relationship tends to turn negative, however, when the Fed is tightening monetary policy, because the policies leading to the higher interest rates often slow the economy, which has a negative impact on earnings. 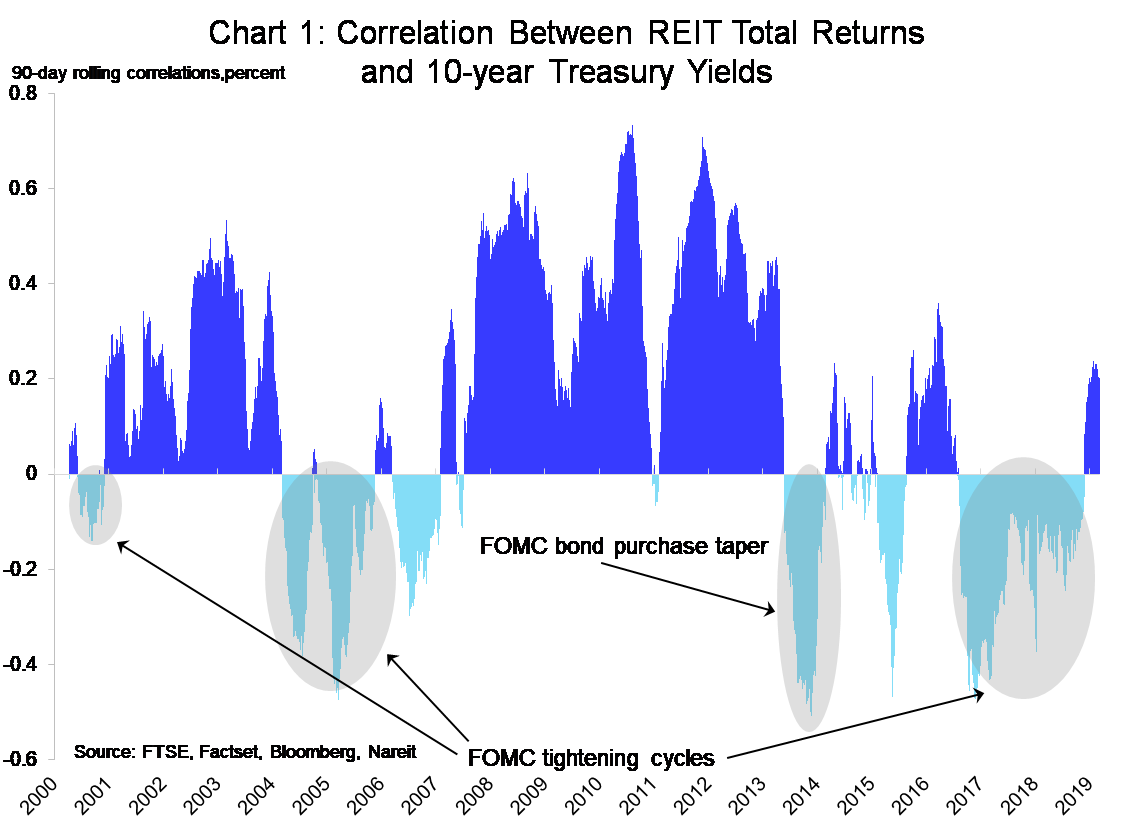 There have been extended periods over the past two decades when REIT stock returns and interest rates mainly moved in the same direction. Chart 1 shows the correlation was positive from 2001 through early 2004, and again from 2008 through the beginning of 2013. There were several shorter periods when the relationship was positive, for example, during most of 2016.

The periods with a negative relationship—that is, REIT share prices tended to fall on days that interest rates rose—follow a distinct pattern. From 2004 through 2006, the Federal Reserve was steadily raising its target for short-term interest rates, removing the monetary stimulus that had helped the economy and real estate markets recover from the 2001 recession; REITs responded negatively to rising rates for most of this period.

Similarly, following Ben Bernanke’s testimony on Capitol Hill in May 2013 that the Fed planned to end its purchases of long-term Treasury securities and mortgage-backed securities (often dubbed the “Taper Tantrum”), the relationship between REITs and rates once again turned negative. And while the relationship was positive for much of 2016, a period when Fed monetary policy was widely viewed as being on hold, the negative relationship returned around the time that the Fed began raising interest rates.

The period of negative responses is significant because it contributed to REIT underperformance relative to the S&P 500 and other broad market aggregates during the past few years. That’s why the Fed’s comments that their target for short-term interest rates will remain around current levels, and the return to a positive relationship between REITs and interest rates, is favorable for REIT investors. 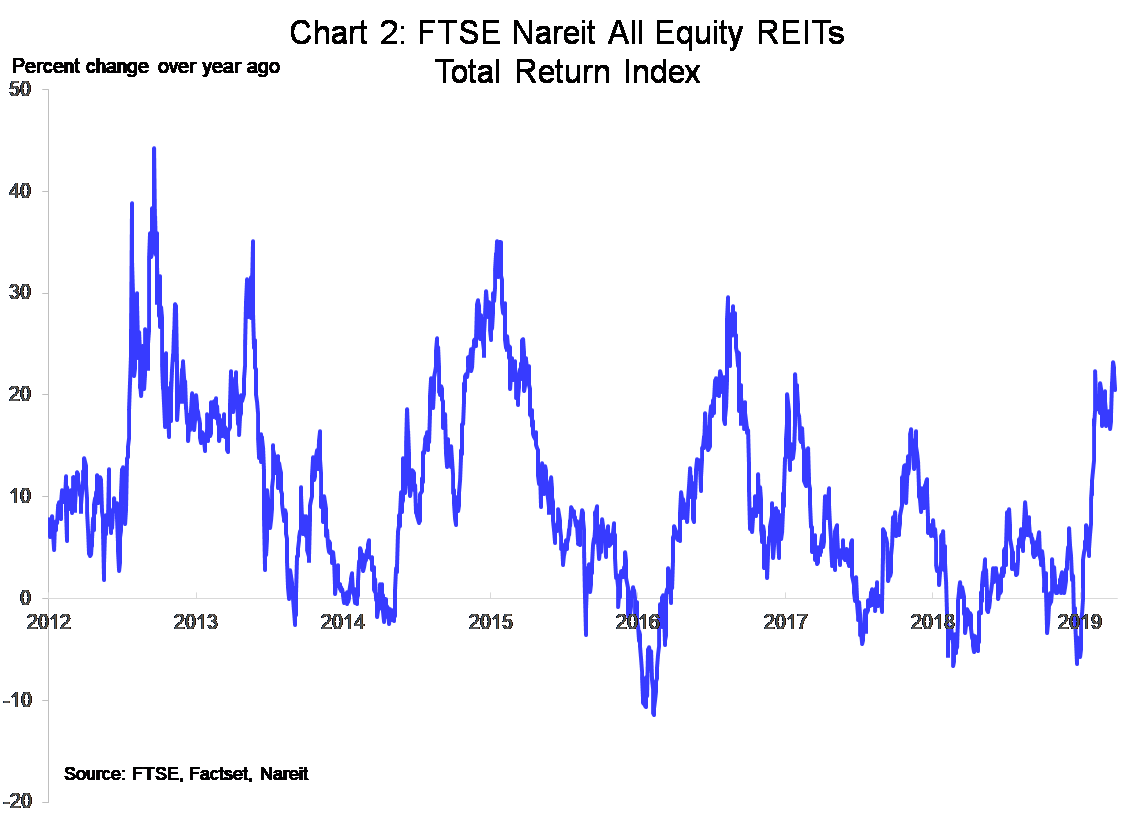 Indeed, recent stock market performance of REITs confirms the importance of the new interest rate environment. REITs delivered a total return of 17.2 percent in the first three months of this year. With underlying momentum in the U.S. economy and solid REIT earnings, the outlook for the remainder of the year looks bright.