REITs in a Rising Interest Rate Environment: Gauging the Impact on Operating Performance

The outlook for equity REITs’ operating performance in 2016 depends in many ways on the impact of rising interest rates. How much will higher interest payments affect earnings? How solid are REIT balance sheet positions? Will higher short-term rates cause any difficulties covering interest payments?

One way to gauge the impact of a Fed tightening on REITs is to examine the 2004-2006 cycle of interest rate increases. Similar to today, at that time the Fed had kept rates at what was then considered a historically low level, for a fairly long period, and subsequently embarked on a series of gradual increases in its target for short-term interest rates.

REITs performed well during this period, despite a 425 basis point increase in short-term interest rates. Consider:

Equity REITs today have higher capital ratios, lower interest expenses relative to NOI, and higher cash flow coverage of interest expenses than at the start of the Fed’s last tightening cycle in 2004. While the future will undoubtedly hold some surprises, the solid balance sheets and cash flows of equity REITs make them reasonably well positioned to weather the increases in short-term interest rates that lie ahead. 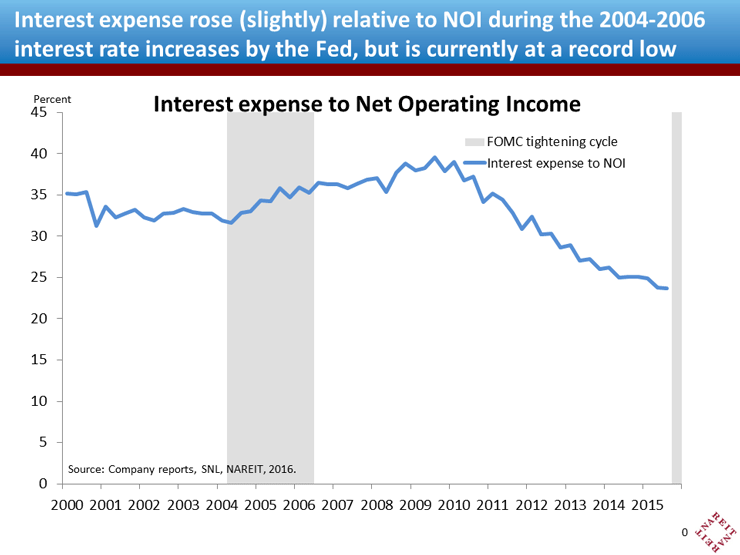 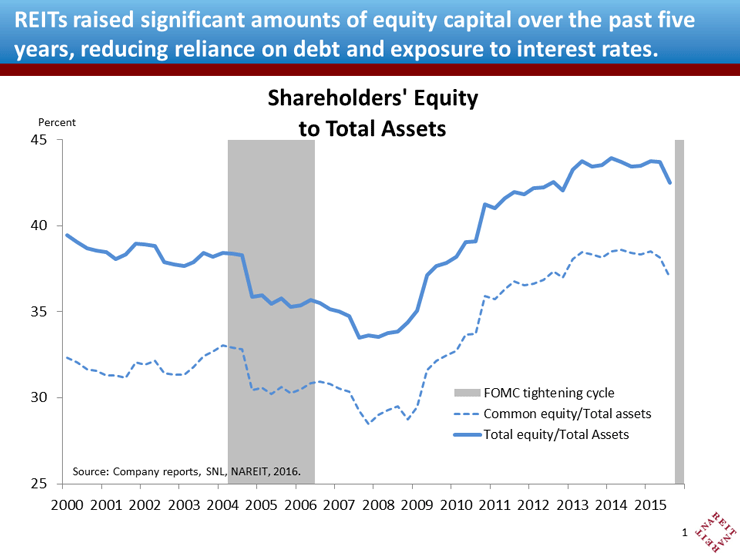 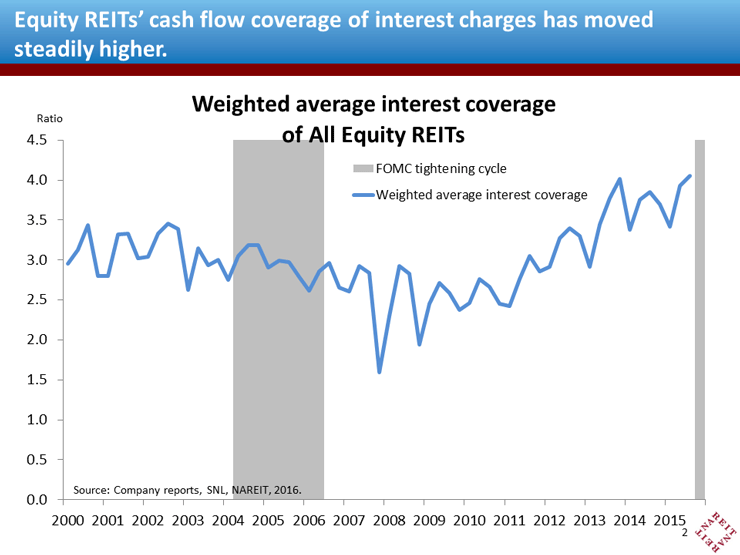 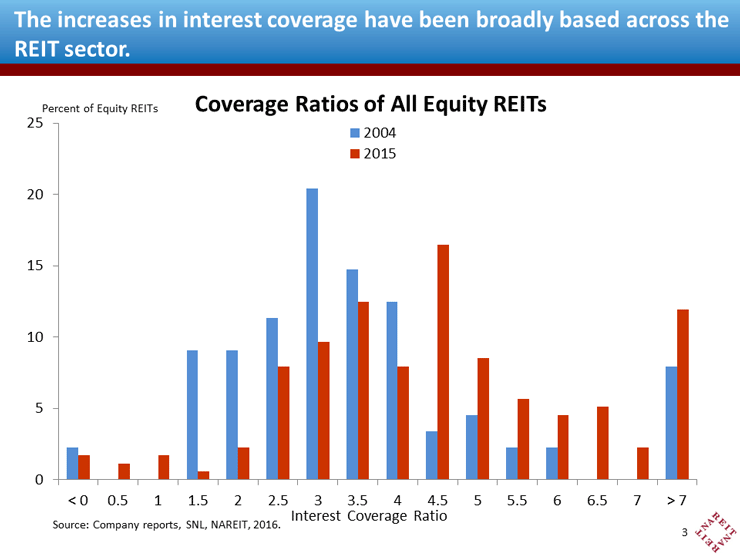