REITs raised $38.3 billion in common equity in 2017, the highest annual total since 2013. Underwritten secondary equity offerings totaled $27.9 billion and accounted for the largest component of this capital raise. In addition, there were $3.0 billion of IPOs, the highest total since 2014, while At-the-market (ATM) offerings provided a record $7.5 billion in equity capital for REITs in 2017. 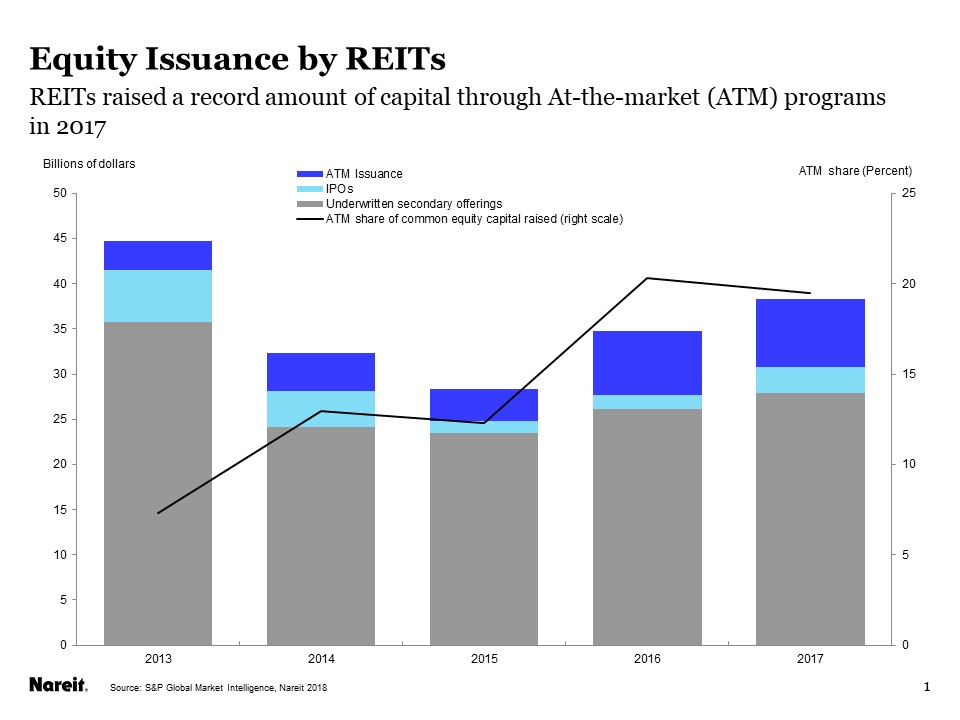 REITs have made increasing use of ATMs, where shares are issued in incremental amounts at current market prices. ATM programs provide a flexible, low-cost way to raise funds without the time and expense of road shows and other marketing efforts required for underwritten secondary offerings. The high degree of transparency of listed REITs, including SEC filings with detailed information on their operations, earnings and property holdings, facilitate their use of ATM programs. ATM issuance accounted for roughly 20 percent of total common equity capital raised in 2016 and 2017, compared to less than 10 percent in 2013 and earlier years.

A large number of REITs have ATM programs. Over the past five years, 107 REITs have raised equity capital through an ATM. Many REITs have done so repeatedly, as issuance through an ATM allows them to coordinate the timing of the capital raise with the need for funding, including acquisitions of new properties. In fact, 61 of the 107 REITs that have ATM programs have used them four or more times over the past five years. 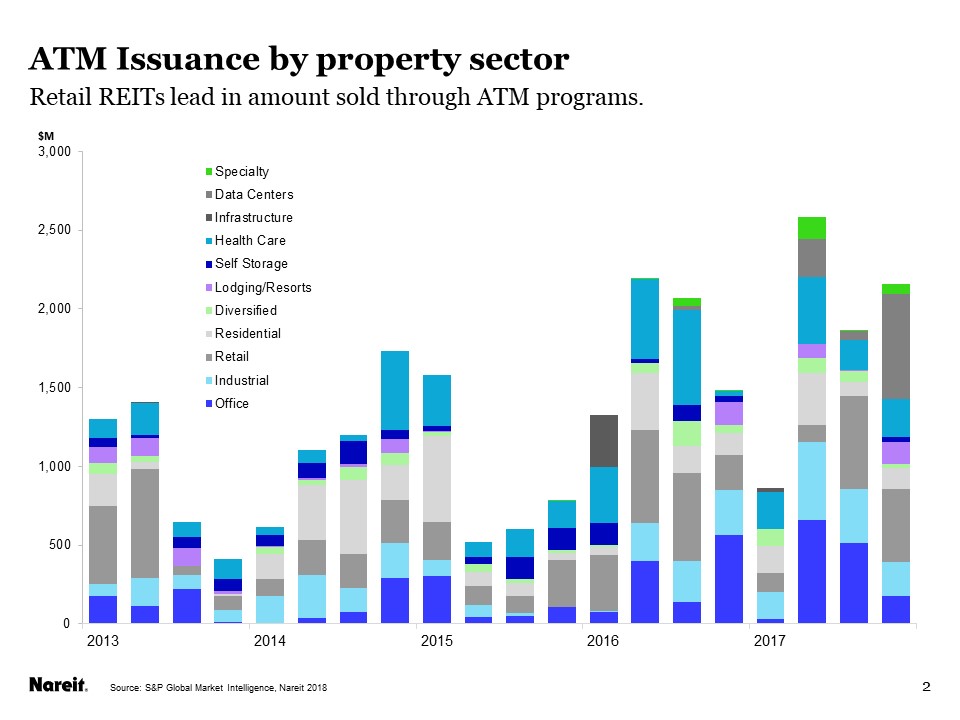 ATM programs are common across most property types. Data Center REITs had the largest issuance in the fourth quarter of 2017, totaling $670 million, followed by Free Standing Retail ($306 million), Health Care ($240 million) and Industrial REITs ($214 million). The market continues to grow, as nine additional REITs have announced new ATM programs already in 2018, with a combined total issuance capacity of $3.3 billion.