Solving One of the Job Market Mysteries of the Pandemic

One of the greatest concerns about the economy during the pandemic has been the surge in unemployment. Initial claims for unemployment insurance (commonly referred to as “jobless claims”) rose from an average of 212,000 per week during the first 10 weeks of this year, to a record high of 6.7 million in March.

A total of 43 million jobless claims have been filed since the stay-at-home orders first forced businesses to shut down in March, and during the first few months of the crisis, the unemployment rate appeared to be headed towards 20% or higher. 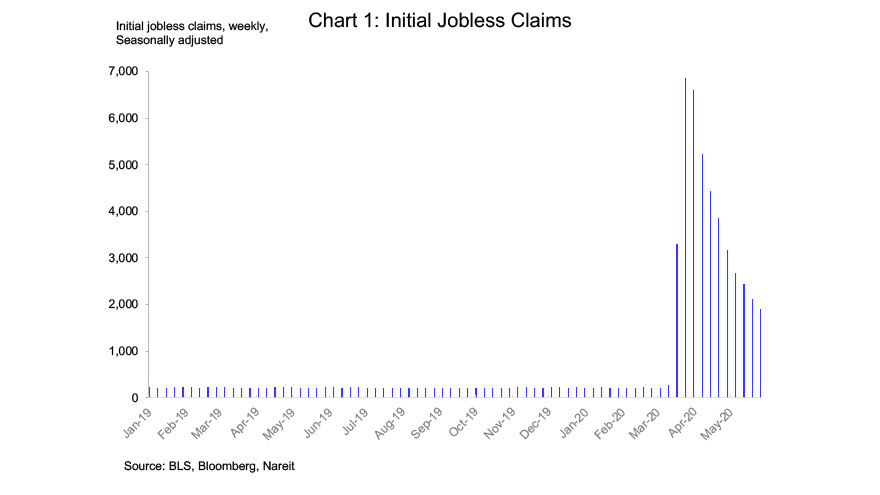 Jobless claims have receded from their record high, but remained well above historical experience. The high level of claims week after week raised fears that new rounds of layoffs may be spreading from the sectors initially hit by the crisis—hospitality, restaurants and bars, retail stores—to the rest of the economy, and perhaps warning of greater damage from the shutdowns. If this scenario were true, the prospects for an economic recovery would be worse than previously anticipated. As we shall see, however, by May the layoffs had slowed to pre-crisis levels.

There have been questions about the reliability of the data on jobless claims, however, as states were quickly overwhelmed processing the initial wave of millions of claims. As a result there were huge backlogs of claims to be processed, and sometimes individuals may have submitted multiple claims week after week. This raised the question whether the millions of claims filed in recent weeks reflect layoffs that took place weeks or even months ago, rather than a second round of layoffs.

We finally have a clear answer to this question from the data on layoffs reported in the JOLTS (Job Openings and Labor Turnover Survey). Layoff spiked from less than 2 million per month through February of this year, to 11.5 million in March, Layoffs continued at an elevated pace of 7.7 million in April. 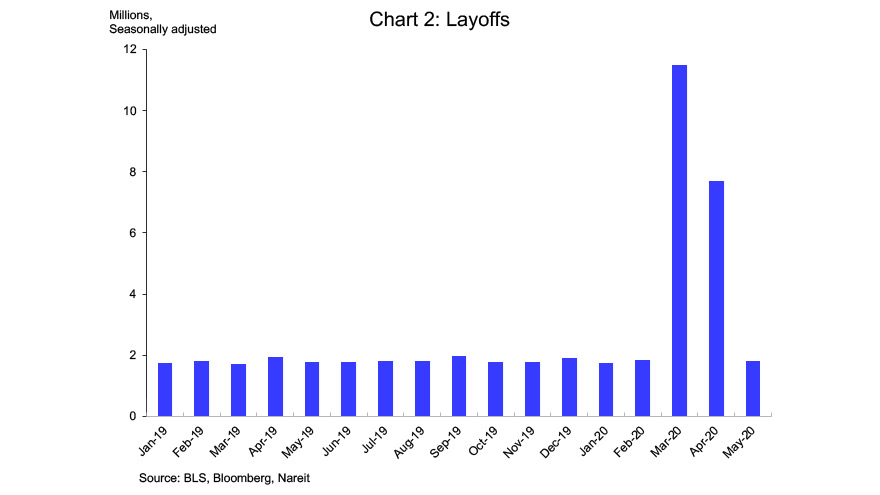 In May, however, the level of layoffs dropped back below 2 million. In fact, layoffs in May were below the level in February, just before the COVID-19 crisis spread widely in the United States. This provides strong evidence that the high level of jobless claims week after week, including through the end of May, reflect job losses that occurred in the first wave of business shutdowns.

This is good news for the U.S. economy, and for commercial real estate. The economy continues to face severe challenges from businesses that remain closed or are operating well below capacity, and millions of workers remain sidelined with no paycheck. It will be easier to address these problems, however, without having several million more people joining the ranks of the unemployed each week.