Strong and growing demand for commercial real estate in 2015 carried into the new year. Commercial property transactions totaled $139 billion in January, up 15.3% over January 2015. Indeed, the CRE market appears to have gained momentum recently, as total sales over the past three months were 22.2% above the prior three months. 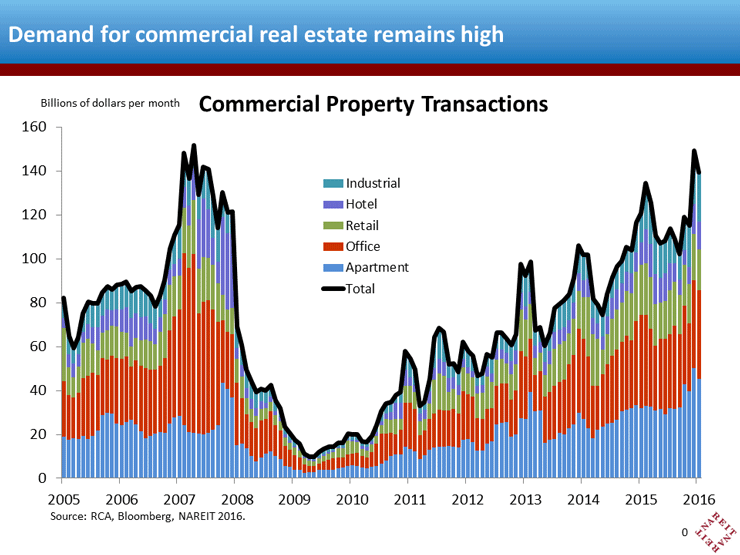 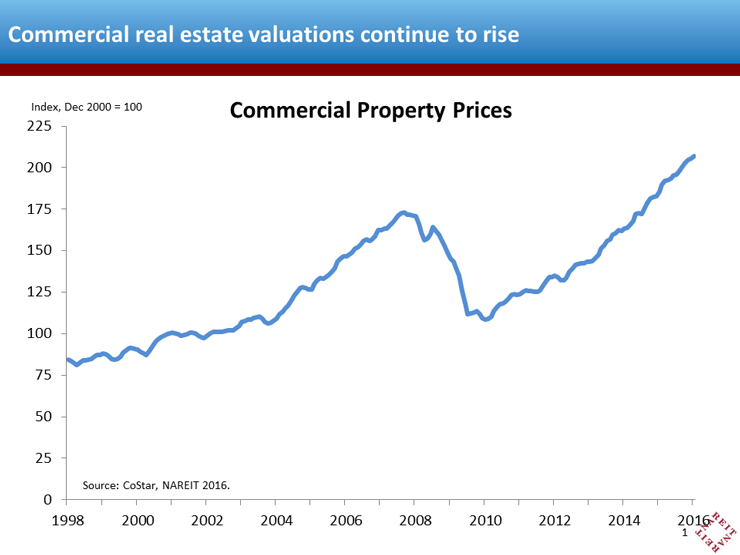 This news comes as a bit of a relief. Global turmoil, from China and Greece to the oil markets, has led to high volatility in financial markets and concerns about cracks in the economic foundation. Indeed, in January the VIX Volatility Index traded on the CBOE moved back near the highs it reached last August. Some have feared that such volatility could derail the economic recovery. 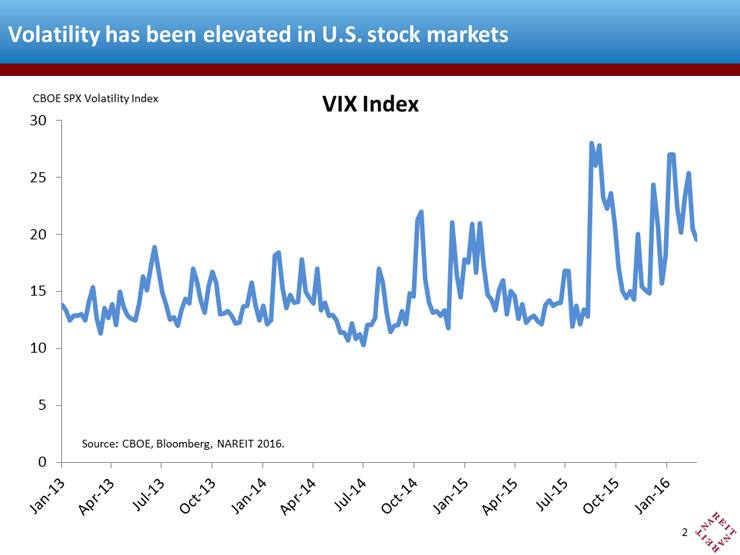 The high frequency economic news so far in 2016, however, indicates little if any negative impact on economic fundamentals; in fact, many measures turned up last month. Real consumer spending increased 0.4% in January, the largest increase since May 2015. Orders for durable goods (excluding the volatile transportation component) surged, easing concerns that businesses are cutting back on investment spending. And initial jobless claims (not shown) remain near historical lows, indicating the labor market remains on track. 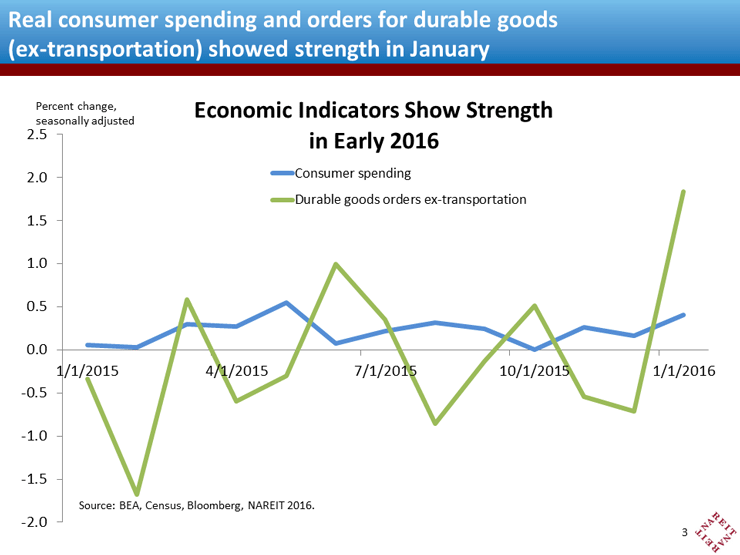