The Bureau of Labor Statistics’ March Job Openings and Labor Turnover (JOLTs) report highlights the health of the labor market. March marked 23 straight months with hires greater than separations and the March JOLTs report showed private job openings are in excess of 10.5 million, the highest level ever recorded. Total openings are at 11.5 million which represents 1.9 job openings per unemployed worker. The strong job market should dispel any residual concerns about near-term economic growth. However, it also indicates potential for upward pressure on wages and disruptions in staffing that employers are facing across the economy. Commercial real estate, including REITs, benefits from economic growth, and REITs have historically performed well during periods of high inflation. 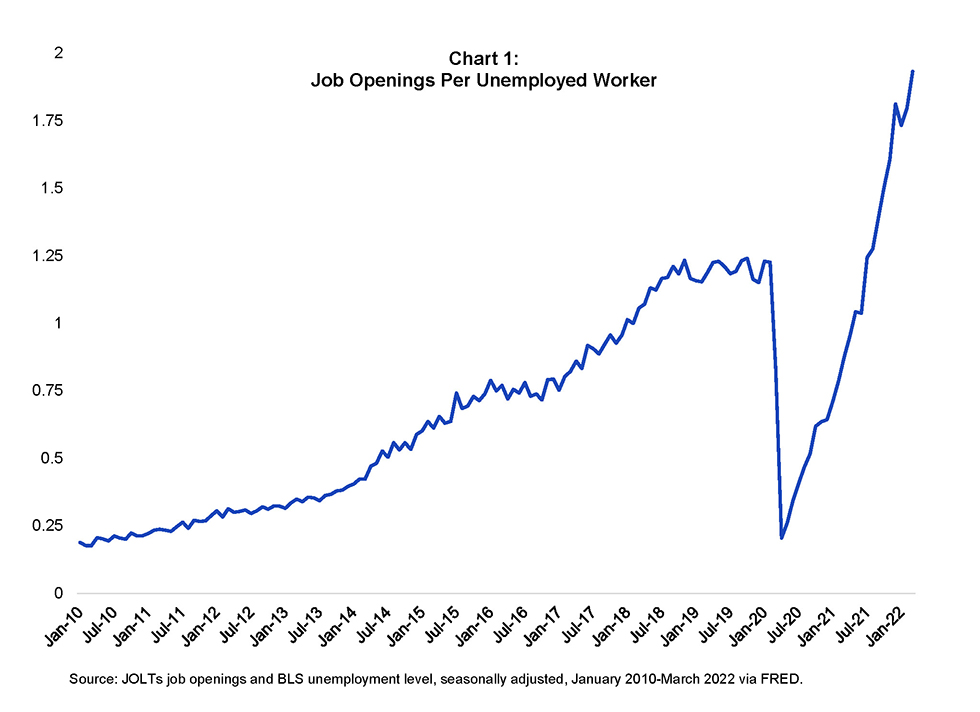 Chart 1 shows the historical trend of job openings per unemployed worker. The rate had been rising before the onset of the pandemic and began to rise again by June 2020.

Quits are a measure of worker confidence in the job market and the quits rate is at 3.3%—just under the all-time high from November 2021. Private quits ticked up to 4.3 million in March on a seasonally-adjusted basis from 4.1 million in February. Chart 2 shows the historical trend in hires and separations, including quits, from 2015 through March 2022. The level of hires minus separations had been steady since 2010. As the economy has begun its recovery from the pandemic shutdowns, quits have been a higher proportion of total separations, rising from 60% of separations in March 2020 to 72% of separations in 2022. Overall hires have outpaced separations during the recovery with cumulative net hires since April 2020 nearly 18 million. 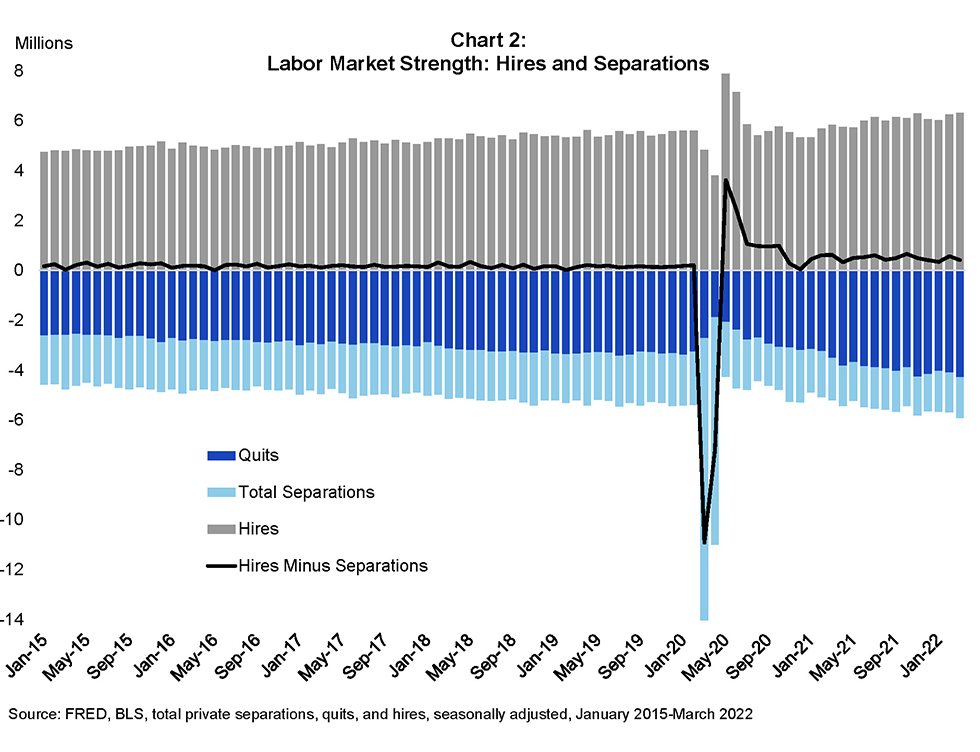 Some key sectors to watch over the next few months are Information, Financial Activities and Professional and Business Services. As more employers bring employees back to the office, quit rates in these sectors could possibly deviate from broader trends and will provide some perspective on the future of the office. In March, the professional and business services quit rate rose 0.4%, well above the 0.1% increase in total private quit rates, (to 3.7%, the second highest by industry), but financial activities and information quit rates were unchanged from February and are among the lowest quit rates at under 2%.