What are Workers Telling Us About the Outlook for Real Estate?

At a time of conflicting signals about the economy and outlook for commercial real estate, it’s important to use all the information available. Job market data like the monthly change in payroll employment or the unemployment rate are, of course, on everyone’s mind. But information from the JOLTS report can give us additional insights—and the latest news is somewhat reassuring.

The JOLTS report (perhaps the best acronym for any economic release, the full title is Job Openings and Labor Turnover Survey) includes information on job openings, new hires, and quits. We can learn about the job market outlook from the quits data for one simple reason: workers are more likely to quit their current job if they know that employers are hiring, or perhaps have another job already lined up. Conversely, workers are much less likely to quit if the job market is deteriorating. 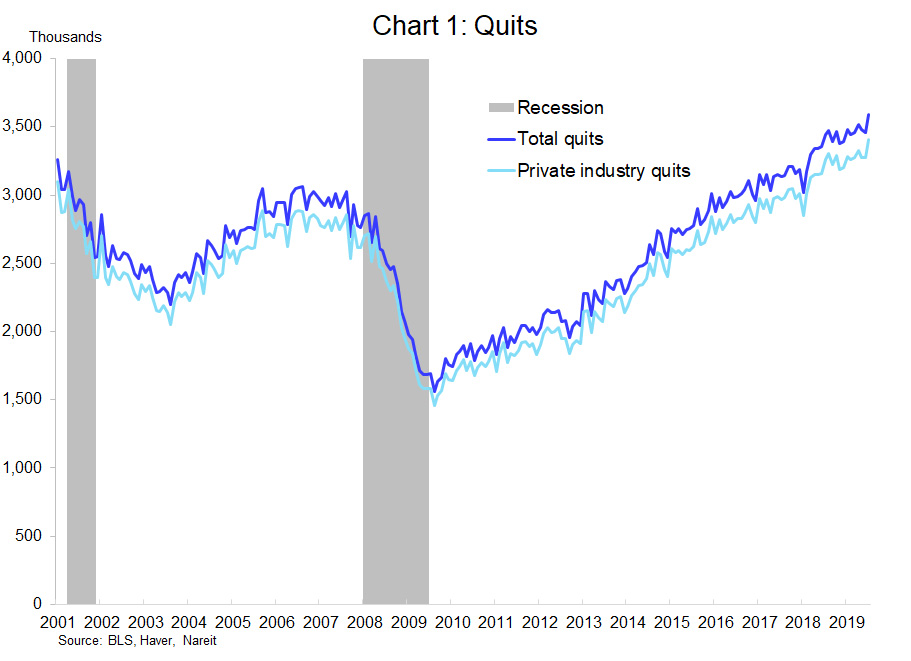 History shows that quits tend to slow well in advance of a recession, as jobs become harder to get. For example, quits peaked in mid-summer 2006, roughly a year and a half before the recession began. Quits fell much more sharply after the recession started, of course, but this data series did give warning signs that employment conditions were deteriorating.

The most recent data on quits send a more positive message. Quits rose to a record high in July and are 15% higher than they were in mid-2017. This suggests that, even as the monthly growth of payroll employment has slowed, the low unemployment rate means that many workers have confidence in their ability to find a new job. 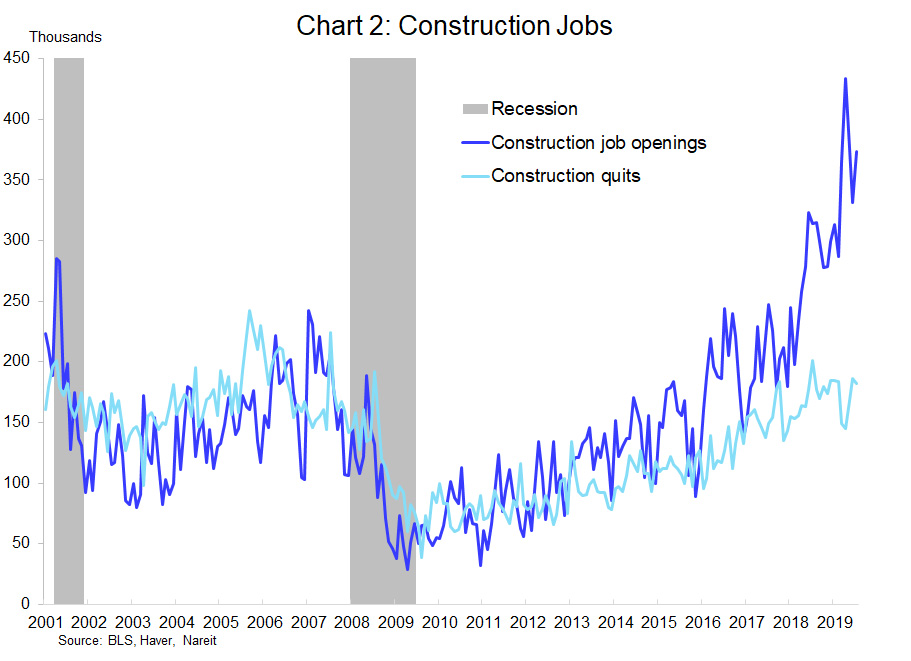