What’s Ahead for Cap Rates and Interest Rates?

One of the most critical issues for real estate investors in the year ahead is the outlook for cap rates and property prices, especially with Federal Reserve policy in the spotlights. In addition to the future path for their target for short-term interest rates, Fed officials have also been discussing policy options concerning their securities holdings. Any decision to slow the run-off of their $2 trillion holdings of long-term Treasury securities and $1.6 trillion holdings of Agency MBS may have a direct impact on long-term Treasury yields and mortgage rates—and commercial real estate. 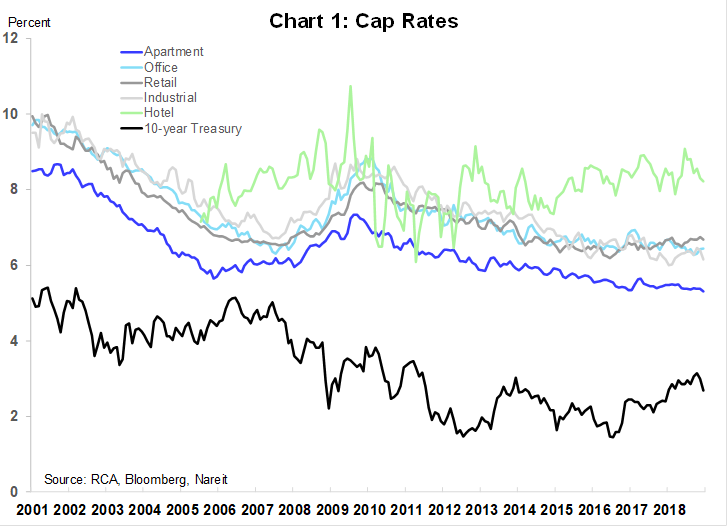 Cap rates for most major property types continued to trend downward through 2018, and ended the year near or even below their lows a decade ago. This suggested that property valuations were relatively rich, and raised some concerns about how prices might behave if interest rates moved higher.

In a low-yield environment, however, it is important to examine cap rates in terms of their spread to Treasury yields, as this represents the return in excess of the risk-free rate that investors earn for holding commercial real estate. Cap rate spreads narrowed a bit in 2017 and 2018, but remain in the middle of the range seen a decade ago, and well above the lows reached in 2006. This suggests there is still a cushion protecting investors should interest rates move higher. 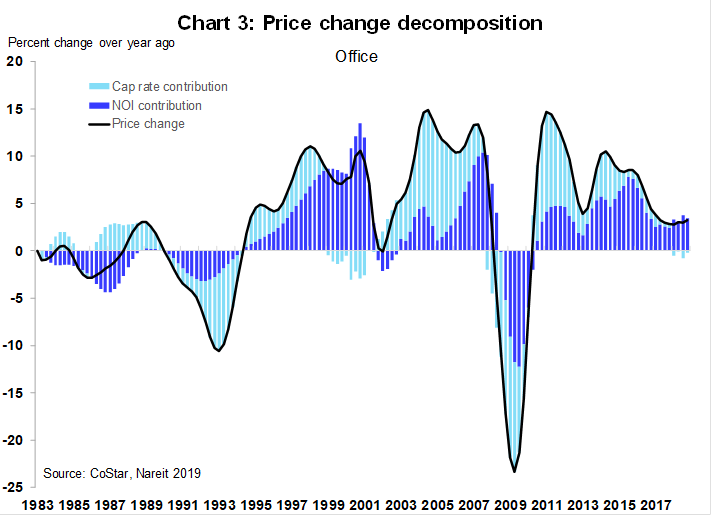 Recent increases in commercial property prices, moreover, have been fully supported by rising net operating income (NOI). Charts 3-6 illustrate the decomposition of price changes over four quarters into the component due to rising NOI (the dark blue bars), and the portion of price changes due to movements in cap rates (the light blue bars). 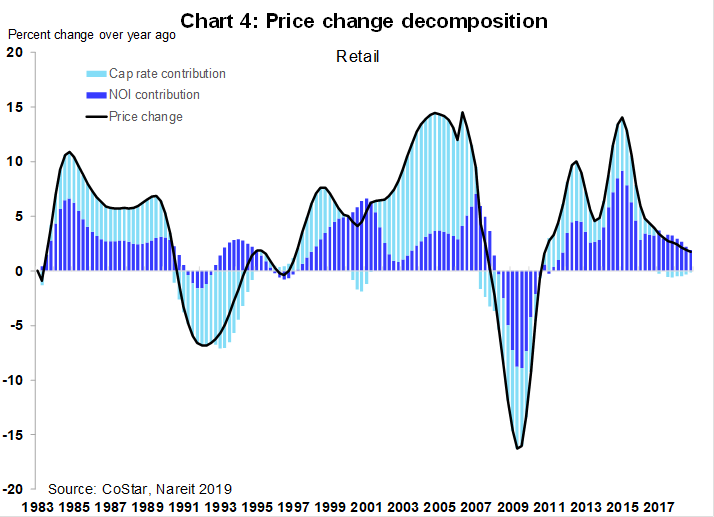 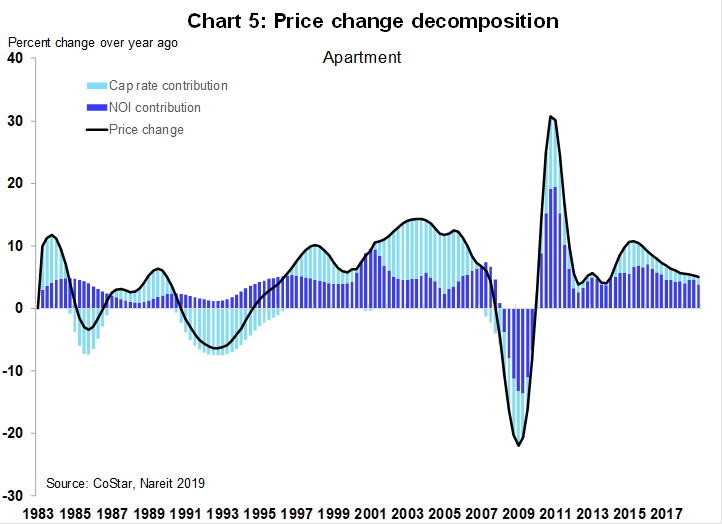 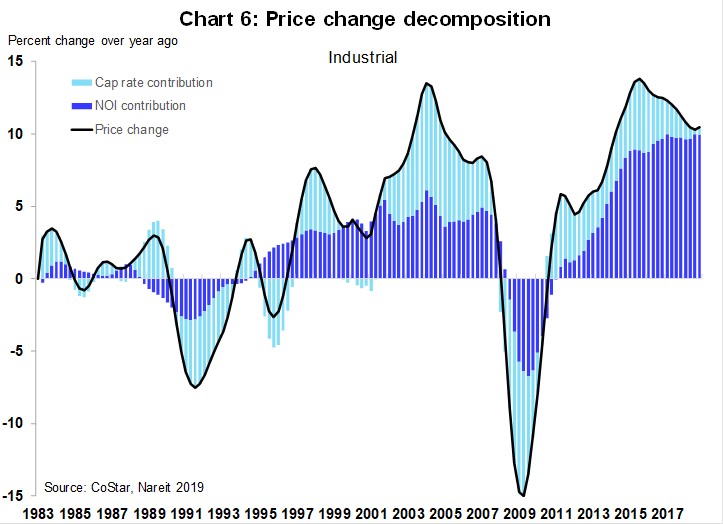 In the years prior to the financial crisis, much of the increase in prices had been due to cap rate declines, as price growth exceeded increases in NOI. This left prices more vulnerable the during the crisis than had prices not exceeded the growth of NOI.

That is not the case today. Most or all of the price gains for the past several years have been matched by rising NOI. Growth of NOI ranges from 2 percent over the past year for retail, to an impressive 10 percent growth among industrial properties.

The outlook for interest rates has also improved of late. This is important for real estate markets and especially commercial property prices because the true test of the resiliency of cap rates and property prices would be how they behave were interest rates to rise sharply. For one thing, Federal Reserve officials have been sending signals that the cycle of interest rates may be nearing an end soon. In particular, the minutes of the January FOMC meeting (PDF) indicated that officials would “be patient” in assessing the need for future rate increases. Inflation trends support their outlook, as inflation trends in the second half of last year slowed to a pace below the Fed’s 2 percent inflation target.

Long-term interest rates have also decreased in recent months. Yields on the 10-year Treasury note had risen from around 2 percent in September, 2017, to 3.24 percent in November of last year. Since then yields have retreated, and have been generally below 2.70 percent since the beginning of this year. With moderate economic growth, low inflation and a “patient” Fed, long-term rates are unlikely to move sharply higher over the next year or so.

In sum, commercial property price growth appears to be well-supported by rising NOI. The financial market environment remains favorable for commercial real estate, with inflation pressures muted and low and stable interest rates. And the level of cap rates relative to Treasury yields translates into a good return to investors in commercial real estate.