WASHINGTON, DC, (Oct. 14, 2021) — REITs have continued to outperform unlisted real estate investments over a more than two-decade period, delivering higher returns for pension funds. However, despite their strong performance, a newly released study found that many pension funds may still be missing out on REIT benefits by under-allocating to them in their real estate strategy.

The study, conducted annually by research firm CEM Benchmarking, provides a comprehensive look at investment allocations and realized investment performance across aggregate asset classes using a unique dataset covering over 200 public and private sector pensions over a 22-year period, with nearly $3.6 trillion in combined assets under management at the end of 2019. The analysis was commissioned by Nareit.

“As millions of Americans rely on pensions for their retirement security, the investment allocation decisions of pension fund managers are of the utmost importance,” said Nareit Executive Vice President of Research and Investor Outreach John Worth. “The strong returns of REITs shown in this 22-year study reaffirm that pension fund managers and institutional investors should look to REITs as a key component of their real estate investment strategy.”

Key takeaways from the study, entitled “Asset Allocation and Fund Performance of Defined Benefit Pension Funds in the United States,” include: 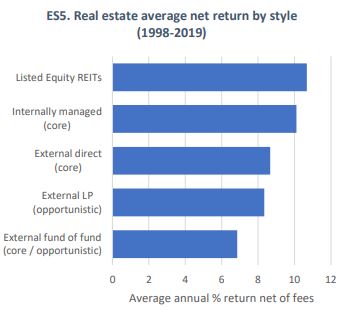 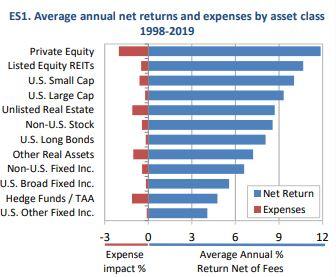 “Our analysis finds that, historically, REITs have outperformed all styles of unlisted real estate. While factors such as leverage, cost, or geographic differences might play a role, at the end of the day this study made clear that U.S. defined benefit pension funds would have achieved a better net return if they had more REITs and less unlisted real estate, whatever the style, all with a similar level of risk and more liquidity,” said Alex Beath, Senior Research Analyst at CEM Benchmarking.

Learn more about the CEM Benchmarking study at www.reit.com/cemstudy .