REITs in the Community: Cousin Properties in Georgia 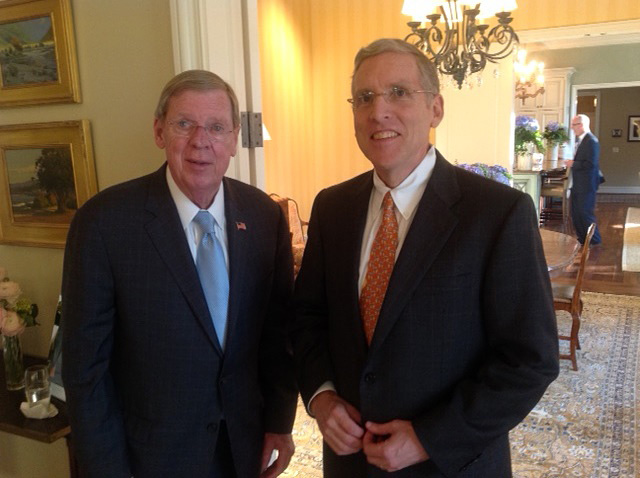 March 30, 2015 -- During a meeting in Atlanta, Cousin Properties President & CEO Larry Gellerstedt, left, visited briefly with Sen. Johnny Isakson (R-GA), a member of the Senate Finance Committee and chairman of the Senate Veterans' Affairs Committee, and updated the senator on Cousins' current activities in Georgia. Mr. Gellerstedt thanked Sen. Isakson for his strong support in securing reauthorization of the Terrorism Risk Insurance Act earlier this year and his efforts to achieve reform of FIRPTA during the 114th Congress. Sen. Isakson is co-chairman of the Senate Congressional Real Estate Caucus and has a long-standing background on real estate issues, including those that are important to REITs and the publicly traded real estate industry.