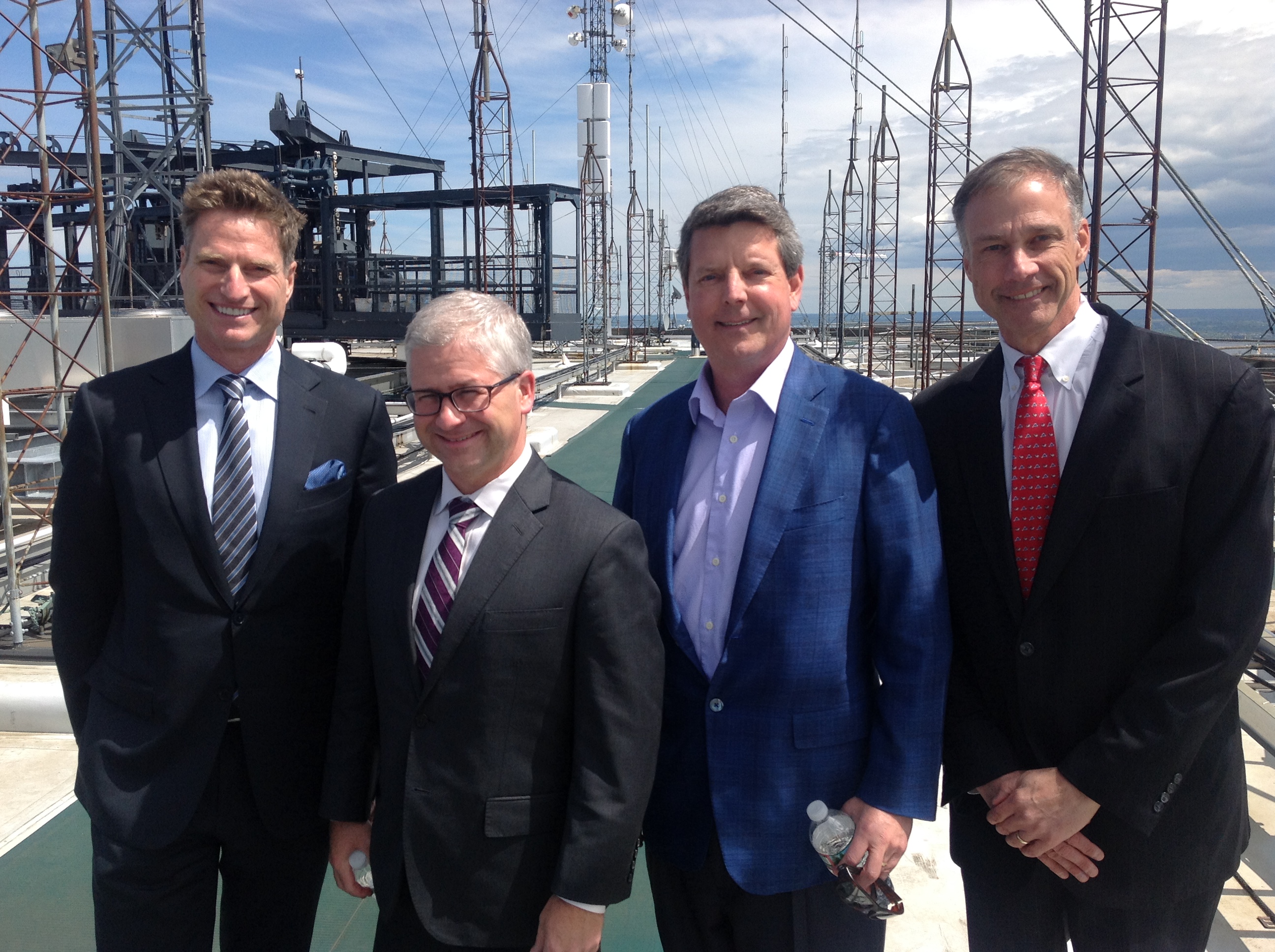 May 10, 2017 - Rep. Patrick McHenry (R-NC), second from left, visited the John Hancock Building in Boston, which is owned by Boston Properties (NYSE: BXP), and was briefed on the building and American Tower Corporation's (NYSE: AMT) numerous cell towers on the building's rooftop. He was hosted by, left to right, James Taiclet, American Tower chairman, president and CEO; Michael LaBelle, Boston Properties executive VP, CFO and treasurer; and Tom Bartlett, American Tower executive VP and CFO. Rep. McHenry is Chief Deputy Majority Whip in the House of Representatives and Vice-Chairman of the House Financial Services Committee.