Apartment Living Now a Lifestyle Choice, According to Steadfast President 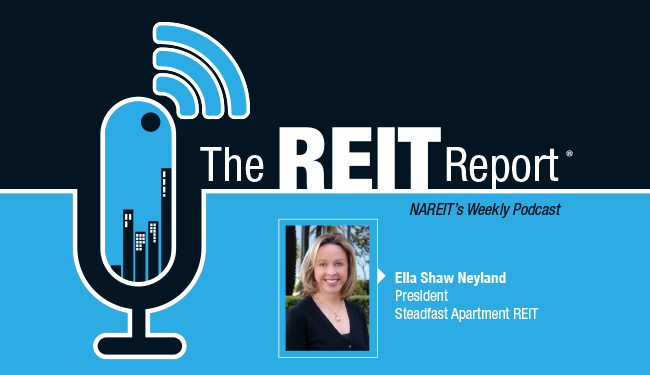 Steadfast focuses on moderate income apartments outside gateway markets such as New York and San Francisco. The company’s target market is renters earning between $45,000 and $75,000 per year.

Neyland rebutted the commonly held idea that people prefer living downtown. She pointed out that U.S. Census data show that more residents are leaving downtown urban areas in favor of suburban markets. Neyland speculated that living downtown is becoming too expensive for many American renters, who also gravitate towards suburban school districts. Additionally, ride-sharing services are making it easier to get back and forth to downtown from the suburbs, according to Neyland.

Neyland offered her opinion on the possibility that the apartment sector has topped out following its strong run in the decade since the great recession. She emphasized that consumers’ changing preferences are having a dramatic impact on demand for apartments, more so than housing affordability.

“The millennials really enjoy the lifestyle that they can have living in an apartment,” Neyland said.

Baby boomers are expressing their preference for apartments, too, according to Neyland. She noted that in the last 10 years, more than half of the net increase in renter households have come from the population aged 45 and up.

Regarding geographic markets, renters are moving away from the coasts in search of cheaper costs of living, according to Neyland.