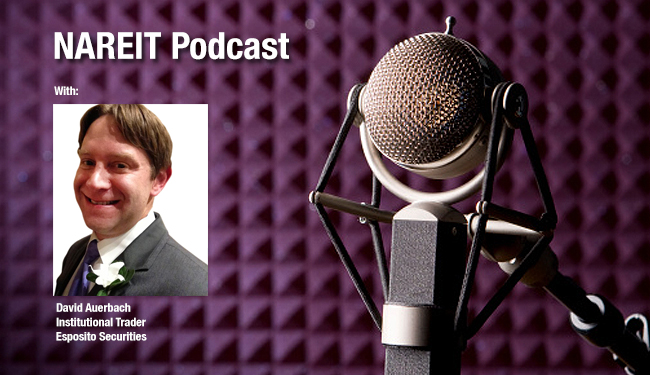 In the latest episode of the NAREIT Podcast, David Auerbach, institutional trader with Esposito Securities, discussed the biggest stories in the REIT market in 2015, including the growth of privatizations. He predicted more deals are to come.

Auerbach called 2015 "the year of Blackstone" in the real estate market, referring to the private equity firm's deals to take a handful of publicly traded REITs private. BioMed Realty Trust Inc., Excel Trust and Strategic Hotels and Resorts Inc. all sold to Blackstone in the course of the year, and Auerbach noted that the firm doesn't appear to be finished making deals.

"I don't think that [Blackstone is] done yet," he said.

Auerbach also pointed out that another private equity shop, Lone Star Funds, got involved in the sale of Home Properties in '15, prompting speculation that more private equity firms could be angling to buy REITs.

In the capital markets, Auerbach highlighted the fact that while REITs generally avoided issuing preferred stock in '15, they weren't as hesitant to issue debt. Regarding interest rates, Auerbach said he believes the REIT market has already priced in a rate hike on the order of 25 basis points. However, he described that as a "non-event" for REITs.