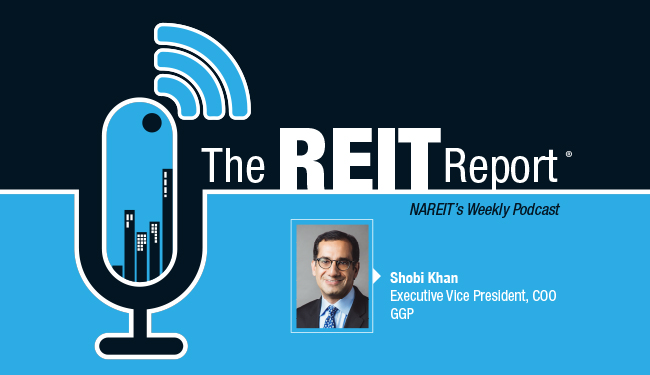 As a mall operator, Khan noted that cutting energy consumption was of particular importance to GGP.

Khan singled out GGP’s production of solar power as the company’s most significant accomplishment in the area of sustainability in the last year. The firm currently has 26 solar power projects up and running, with 10 more expected to come on line by the end of the year. As of 2017, GGP will have completed 43 solar power projects, according to Khan, and will be one of the top 10 producers of solar power in the United States.

Khan said much of GGP’s sustainability efforts have focused on common areas in their properties, such as parking lots. However, the mall REIT has also worked to encourage the participation of its tenants in the areas of recycling and lighting.

Regarding goals for the upcoming year, Khan said the company hopes to reduce its energy consumption by 10 percent by the end of 2017. Additionally, GGP wants to cut its water consumption by roughly 6 percent and increase its composting by 25 percent. GGP’s goal for greenhouse emissions is a 10 percent reduction.

“We’ve made great efforts over the last couple of years, but we’ve got goals to continue that effort through ’17,” Khan said.