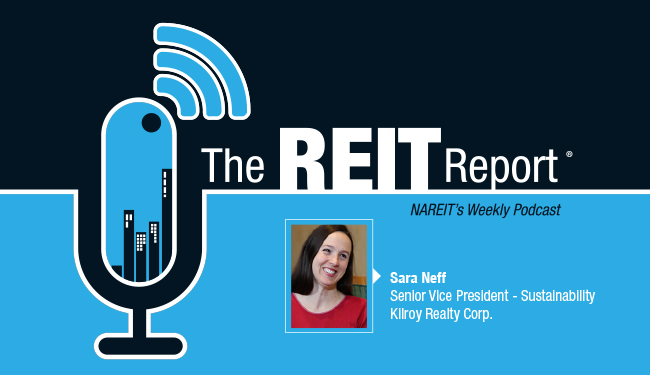 In 2015, Kilroy Realty met long-term goals for cutting energy and water usage, which Neff cited as the company's top achievement in sustainability. The firm cut its energy consumption from 2010 to 2015 by 10 percent. It set a similar goal for decreasing its water consumption from 2012 to 2017, and it hit the 10 percent reduction mark two years ahead of schedule. Reaching those goals "took a lot of concerted effort," according to Neff.

Neff also talked about Kilroy Realty's "green janitor" program, which aims to educate janitors about the benefits of eco-friendly cleaning techniques. "Janitors are the eyes and ears of your building," she said.

Neff described the 30-hour curriculum as "rigorous." A vast majority of the janitorial employees working in Kilroy Realty's Los Angeles portfolio, which accounts for 40 percent of the firm's holdings, have gone through the training, she said, and the program is now being expanded to other markets.

Regarding the janitorial program's effectiveness, Neff predicted that the company would see at least "a little bit" of improvement in reducing energy and water use.

Lastly, Kilroy has expanded its sustainability platform to include health and wellness issues. That part of the company's program includes measures aimed at employees, tenants and the buildings themselves. For example, the buildings are going through air-quality testing.