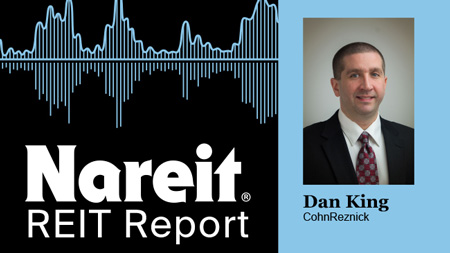 Opportunity zones were created by the Tax Cut & Jobs Act of 2017, and final regulations were released by the Treasury Department and the IRS at the end of December 2019.

“The final regulations have answered a lot of the uncertainties in the market,” King observed, and include “a lot of taxpayer-friendly aspects.”

While there are still some aspects that need to be clarified, overall the final regulation package has been “very well received by the industry,” which has resulted in CohnReznick “getting a lot more questions coming in, and a lot more people interested in doing deals,” King said.

In terms of the types of investors being drawn to opportunity zones, King pointed to interest from family offices, real estate developers, and closely-held businesses.

“We’re advising a lot of investors and developers that you still want to do good deals that you would otherwise do without the opportunity zone program…These are still investments that you really want to vet for the long term,” King said.

“The best investors in opportunity zones are the ones with long-term investment goals. REITs and family offices are really good examples, so we’re expecting to see even more of this going forward,” King added.

Meanwhile, King noted that private REITs are showing solid interest in opportunity zone investment and are in a strong position to move quickly, especially for projects that might already be in the pipeline and are waiting for investment capital.