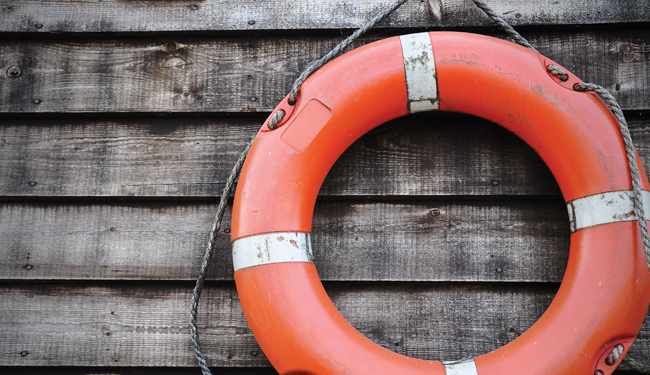 As a wave of real estate debt matures in the coming years, REITs with the strongest balance sheets will be best positioned to take advantage of troubled properties hitting the market.

Record levels of maturing debt will create challenges for commercial real estate. This year, $363 billion of loans—direct mortgages, mortgages tied to commercial mortgage-backed securities (CMBS) and loans from life insurance companies—are expected to come due, up from $346 billion in 2011, according to research firm Trepp. That compares with $223 billion in 2007, and an expected peak of $372 billion of loans maturing in 2013.

Overall, public REITs are in good standing in terms of leverage, having cleaned up balance sheets since the financial crisis. This gives them a competitive advantage versus their private counterparts, especially at a time when banks have retrenched in lending and the CMBS market has faltered.

“REITs are fairly well positioned,” says Jim Taylor, a senior managing director and head of investment banking at Eastdil Secured, a real estate investment banking company. “When you look at the general trends, you see pretty obvious tailwinds in favor of the public REITs as acquirers.”

Not that it was easy to get to this point. Investors brutally sold off REIT stocks during the credit crisis in late 2008 and early 2009, sending debt-to-market capitalization levels higher. That forced REITs to deleverage by issuing equity and selling off assets. At mid-year 2011, the debt-to-market cap ratio was about 38 percent for listed equity REITs, according to NAREIT data. It was 48 percent for all listed REITs, which includes both mortgage and equity REITs.

“Overall, REIT balance sheets have been cleaned up very quickly compared with the private market,” says Hans Nordby, a managing director at Property and Portfolio Research (PPR). “They took a lot of pain early, and now they are in much better shape than a lot of private investors.”

Of all the debt coming due, banks hold the lion’s share, typically direct mortgages with maturities ranging from three to seven years. They are often amortized on a much longer time horizon such as 30 years, leaving a balloon payment due at the end. Other loans may be interest-only. Counting the bank debt not paid down, about $210 billion is due to mature this year, up from $205 billion in 2011 and $132 billion in 2007, according to Trepp. Bank debt maturities are expected to peak at $213 billion in 2013.

“It doesn’t look like the market is going to necessarily implode,” says Matt Anderson, a managing director at Trepp. “But lenders for the next five years will be pretty much inward-looking and consumed with their own portfolios, trying to manage through the whole maturing loan and value problem.”

No doubt, value is a problem in certain markets, where the loans are underwater. Of the $1.8 trillion of CRE loans due during the period of 2011 to 2015, 60 percent had loan-to-value ratios greater than 100 percent as of November, according to Trepp.

“You are still going to have issues where a loan is maturing and the value of the property has fallen so much,” Anderson says, “or where the ratio is too high for a fresh loan.”

Meanwhile, refinancing of bank debt before maturity to take advantage of low interest rates won’t be a panacea. While the Federal Reserve’s policies of supporting low interest rates have pushed down rates on 10-year Treasury bonds, it’s not as though borrowers can rush out and refinance bank debt in order to reduce costs. Bank loans typically have make-whole payment provisions, where borrowers must pay lenders the net present value of the coupons they would have received over the entire term of the loan. Such prepayment provisions reduce the risk for the lenders, since they increase the odds of getting paid the return they sought for their investment. So any gain from a drop in interest rates gets wiped out by potentially expensive prepayment fees.

“Refinancing portfolios that are overleveraged can be incredibly costly today,” says Gilbert Menna, a partner at law firm Goodwin Procter. “As the Federal Reserve has made it easier to borrow money at a cheaper cost, it has also inadvertently made it expensive to refinance existing paper in terms of make-whole obligations that might exist out there on secured debt.”

With all the bank debt coming due, many analysts say the technique of extending loans may be greatly diminished going forward for a few reasons. For one, REIT-owned property values have greatly recovered since the market bottomed in 2009. Values were within 9 percent of their all-time highs of 2007 at the end of October 2011, up 48 percent from the lows of May 2009, according to Green Street Advisors, a research firm. The increase in property values lessens losses for banks if they do foreclose or sell debt.

“As values have risen, the loss that the bank is likely to sustain—if any—is diminished,” adds Michael Ashner, chief executive officer of Winthrop Realty Trust (NYSE: FUR). “Investor belief in real estate has increased, so the interest in private debt has increased also. You have a lower level of loss and greater level of liquidity in these positions.”

To be sure, banks are still extending loans, but they tend to be only by at most one year, according to Ken Miller, a partner that represents bank and life companies for law firm Ervin Cohen & Jessup. Yet, lenders are asking the hard questions of whether management can make it through the slow down and whether they are aiding tenants and paying themselves. “They are really looking at the issues in terms of the quality of management,” Miller says. “If they don’t have confidence in the borrower’s ability to properly operate the property, then they” are not extending just to avoid the problem.

Whether banks foreclose also has to do with the quality of the real estate. Property values for class-A real estate in downtown gateway centers of New York and Washington, D.C., have rebounded stronger than other types. Apartments nationwide have also done well. But areas such as secondary and tertiary retail and office space in suburban markets have not recovered as much, leading to higher LTVs. Often, underperforming bank loans are comprised of development projects that were supposed to have been leased up, but are far from high occupancy, says Alex Goldfarb, an analyst at Sandler O’Neill & Partners. “Now there is much more differentiation in the market,” he says. “Lenders either have to accept a write-down, or take whatever proceeds they can get for the debt. They may not be willing to do that.”

Public REITs as a group have done a good job of deleveraging over the past few years, emerging with stronger balance sheets, allowing them a distinct advantage in being able to refinance debt and raise capital for deals.

There is a lot of value in being public in terms of access to capital, particularly when you don’t have a broadly functioning debt market.

REITs with the lowest leverage ratios tend to receive the highest multiples, which will make it easier for them to go after real estate bargains. For example, AvalonBay Communities Inc. (NYSE: AVB), Federal Realty Investment Trust (NYSE: FRT) and Public Storage (NYSE: PSA) have debt ratios under 30 percent, some of the lowest in the industry as of the November last year. The markets have rewarded them in part due to their discipline, with funds-from-operation (FFO) multiples to 2012 earnings in the 20 to 23 range, some of the highest in the industry.

“Most management teams across the board are very cognizant of the fact that the market ascribes a lower cost of equity to those companies that maintain conservative leverage,” says Sheila McGrath, an analyst at Keefe, Bruyette & Woods Inc. “The companies with the lowest leveraged balance sheets are getting much better valuations.”

If anything, the premium given to companies with conservative balance sheets had grown in the second half of last year, Taylor says. “You have some of the smaller REITs that may have good-quality assets but challenged balance sheets that are trading at substantial discounts to NAV,” he says. “The choice they are faced with is ‘do we raise dilutive capital to get out of the box, or do we stand pat?’”

Those with the strongest balance sheets also get the best terms when it comes to refinancing their debt. They’re also the first to get served in volatile markets. For example, Boston Properties Inc. (NYSE: BXP), which had a debt ratio 31.2 percent and more than $1 billion in cash Sept. 30, announced in November a deal to sell $850 million of seven-year unsecured bonds at a coupon of 3.7 percent. Boston Properties’ deal was the first unsecured deal completed since SL Green Realty Corp.’s (NYSE: SLG) $250 million deal for seven-year bonds at 310 basis points above Treasuries in August.

When it comes to the overhang of bank debt, some REITs have been aggressive buyers of underperforming loans, such as Winthrop Realty Trust. Winthrop has taken advantage of the changing market conditions, snapping up troubled loans at discount prices. For example, Winthrop announced in November it purchased from Wells Fargo & Co. in the fourth quarter a $117.9 million C-note for $96.7 million in a $798 million first mortgage, encumbering 31 properties in southern California. The debt is a fulcrum security, which would allow Winthrop to take an equity stake in the case of foreclosure.

<h2 >CMBS: Red Light or Green Light?While the volume of commercial mortgage-backed securities (CMBS) maturing in 2012 is a fraction of the overall bank debt coming due, it’s nothing to sneeze at. About $53 billion in CMBS will mature this year, according to Trepp. Yet, refinancing could be tricky.
For one, market disruptions caused by events such as the European sovereign debt crisis can limit the ability of originators to make loans, notes Alan Todd, a credit analyst at Bank of America Corp. Life insurance companies are also competing for lending against high-quality assets, resulting in fewer class-A properties to include in a securitization. “Not only is it limiting the pool of loans from which the CMBS originators can choose, it’s giving them to a certain extent less quality loans,” Todd says.
For lesser-quality real estate, investors in the fourth quarter were demanding high rates for lower tranches, driving up the cost of funding for CMBS in general. Even if CMBS continues to slog along, REITs will be less affected, experts say. “It will impact the greater real estate market, but less so for REITs,” says Sheila McGrath, an analyst with Keefe Bruyette & Woods Inc. “If it never comes back, it would impact valuation of real estate, but REITs have more options than other private players.”
Things will get more interesting in the coming years, when the maturities for CMBS loans start to balloon. CMBS loans tend to have longer maturities than direct bank commercial mortgages, ranging generally from seven to 10 years. Given the underwriting frenzy for commercial real estate in the middle of the last decade, that means CMBS maturities are expected to swell in the middle of this decade, to $101 billion in 2015, up from $67 billion in 2014. That compares with about $8.7 billion – 54 issues – of unsecured debt due to expire by the end of 2013, according Trepp.

“This is an area we will continue to pursue, where we see the best risk-adjusted return,” Ashner says.

Though cash-rich, REITs with strong balance sheets have also arranged large revolving credit facilities to take advantage of opportunities when they do arise. Vornado Realty Trust (NYSE: VNO), for instance, had two unsecured facilities last Sept. 30. The facilities amounted to $2.9 billion, only $300 million of which was outstanding, according to a filing with the Securities and Exchange Commission. Boston Properties had a line of credit of $750 million at mid-year, with none of it used.

While the market hasn’t yet been flooded with distressed properties, there should be a significant exchange of assets over the long haul as banks stop extending and record amounts of debt come due. “We are going through a significant deleveraging of debt around the globe,” Menna says. “It’s a continuing process through the debt cycle.” u

Charlie Keenan is a regular contributor to REIT magazine.