Title: Chairman and CEO of Gallup

Experience: Clifton has served as Gallup’s CEO since 1988, growing the organization from its U.S. base into a global operation with 40 offices in 30 countries. Under his leadership, Gallup now offers organizational consulting around The Gallup Path, a performance model emphasizing employee engagement and customer centricity in use at 500 companies the world over. In 2011, Clifton received the Chairman’s HOPE Award from Operation HOPE, America’s leading non-profit dedicated to financial literacy and economic empowerment among the disadvantaged. Clifton is chairman of the Thurgood Marshall College Fund and has received honorary degrees from Jackson State, Medgar Evers, and Bellevue Universities.

REIT investors look for it. The strength of every real estate market is tied to it. And, ultimately, political stability depends on it.

Job growth is not only an issue of critical importance to the REIT industry (and the industry’s ultimate prospects in the capital markets), the Gallup polling organization has found that having a good job is now the top concern among ordinary people worldwide.

Gallup Chairman and CEO Jim Clifton explains that we are in an intensifying global competition for new jobs in his book, “The Coming Jobs War.” In this edition of Capital Markets, Clifton discusses why job creation has more to do with animal spirits than with donkeys and elephants, and why leaders are looking in all the wrong places for new jobs.

REIT: What are the consequences if the U.S. fails to create more jobs?

Clifton: Everything will change. Unemployment is the single-most important metric in the United States. Markets will change. GDP will sputter. We’ll be destined for 10 years of 0-to-1 percent growth, where we need 2.5 percent at a bare minimum to stay in the hunt, so to speak. And leaders will change. Whether or not President Obama gets re-elected will have more to do with the level of unemployment than with any debate, or any fund-raising or campaign activity.

That said; the variation between cities will be huge. Detroit was arguably the richest city in the world 40 years ago. When I first started going to New York City at about the same time, I was told by my hotel, which was right downtown, not to go outside, and that was at 7 in the evening. It wasn’t safe. And companies were bailing out of New York at the time.

The situation has completely flipped. So the key is local leadership, not national policy. Local leaders failed Detroit but saved New York and turned it around.

REIT: Why won’t a normal cyclical recovery take care of the problem you see?

Clifton: Because our jobs are going to China, India and other places overseas. It’s hallucination to think they’re coming back. We have to create new jobs.

REIT: You very much believe in free enterprise and the idea that America is an exceptional country that should continue to lead the world. Both ideas are under heavy attack. How do you defend them?

Clifton: I think what we would all agree on is that we’re striving for positive human development. To imagine that any country has contributed more than the United States of America to human development is just wrong.

At the very base of that is free enterprise. We have 6 million small and medium-sized businesses in the U.S., and that’s where two-thirds of employment is. By the way, small and medium-sized business is the single-most trusted institution in the country outside of the military, Gallup data show. The fact that these two institutions – free enterprise and the military – are the two most trusted shows that most Americans think we have been good for the world.

REIT: You say the answer is not another stimulus or jobs bill out of Washington. Why shouldn’t people look to the government to fix the problem?

Clifton: Real, authentic job creation lies within the American spirit, not what Washington calls shovel-ready jobs. We’re not going to create jobs until business people are in a state of mind to do it. You’ve got 6 million turtles – business owners – who have pulled their heads into their shells and are currently unwilling to hire. Policy has to inspire them, not depress or confuse them, or cause them to lack confidence in the future.

Right now, 30 million people in the U.S. are out of work or underemployed. Here’s the question for policymakers: Do you make policy to favor the job creators in business, or to favor those sitting on the sidelines? That’s really what the big divide in America is right now, and we’re more divided than we have been in 75 years, according to our data.

Democrats believe the solution is more government. Republicans believe the answer is less government. The divide between Democrats and Republicans has never been this clear or this specific. But if you pass a jobs bill making people who have been out of work 12 months or more a protected class able to sue employers for discrimination if the employers don’t hire them, that’s an example of policy disfavoring job creation. If employers have to worry about which job applicants are going to sue them for this, it may sound good on the surface, but you have just placed a heavier burden on job growth. New requirements from government are the number one reason for the lack of hiring, Gallup has found.

So when you hear anybody in Washington say it’s because businesses can’t get a loan, they are dead wrong. Business owners don’t have confidence in the future because there’s too much legislation coming at them.

REIT: Gallup has been studying what makes entrepreneurs tick. What have you learned so far?

Clifton: They definitely have different DNA. They have rare optimism overlaid with rare determination, and they’re burning with it.

The other trait that sets them apart is that they absolutely demand complete independence. They’ve got to be their own boss. They put that ahead of money and everything else.

This is one place where the American spirit of freedom still lives. We’re talking about three out of a thousand people. We have to find them all. It’s people like this who will create the jobs we need.

REIT: What are some other keys to job creation?

Clifton: I’ll give you three. First,

"We need to change social attitudes and move more chips onto entrepreneurship. We have to change the conversation and get people talking about how to build business success."

Right now, only 5 percent of seventh-to-12th graders get business internships. If towns would look for unusual entrepreneurs like they look for high school quarterbacks, everything would change.

Second, Gallup believes that a city’s future economic prospects are determined by the attitudes of its fifth-to-12th graders toward free enterprise and entrepreneurship. The sweetest spot of all for forming attitudes on these questions is fifth through 12th grades. So it’s crucial that schools offer financial literacy instruction at that age. At Gallup, we ask students whether their schools teach them about money and banking, or have classes on how to start and run a business, or whether students are currently interning in a local business. One of our best questions is whether they plan to start their own business. This age is where the richest mining can occur. As the answers to those questions go, so goes the future of GDP growth and job creation. I’m absolutely certain that if we double the number of kids in fifth to 12th grade who are excited about free enterprise, everything will change.

Third, the answer lies locally, not nationally. Stop looking to Washington and start seeking out what I call the local tribal chiefs in every town in America – not the mayor or the city council, but the shadow government of influential pillars of the community, the legacy wealth, the CEOs of local companies, the car dealers and the real estate brokers.

They are the most valuable resource in the town. They have access to talent, money and networks that can make things happen faster than the government can. So if you want to land the College World Series for your town or get a new YMCA built, go see the tribal chiefs first. They are the ones who can help you build authentic job growth.

Economic development agencies that attract outside employers with tax breaks and subsidies are fine, but they don’t get you any where close to the number of new businesses needed for significant job creation. 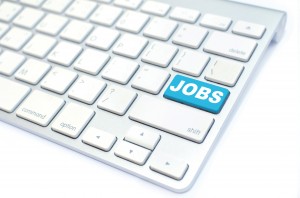 "We need a million new businesses to start every year and currently we only have about 400,000."

REIT: Is your vision inclusive? Where do women and minorities fit into this picture?

Clifton: Their active participation is an absolute necessity. We can’t win the jobs war unless they are starting businesses at the same rate as historically in America, especially women because there are so many of them. The more freedom we can create in the workplace and society for women to start a business, the better. That’s a huge advantage the U.S. has, that women and minorities here have much more freedom to start businesses, and even create their own business empires, than in most other countries in the world. It’s critical that women and minorities start businesses at a comparable rate, or we’ll lose.

REIT: Have you gone beyond just writing a book and actually taken steps to create more jobs?

Clifton: Yes, in three ways and I’m very proud of them.

First, Gallup helped start th e Entrepreneur Acceleration System (EAS) in Nebraska to pair up small businesses with mentors who work to double company size in three years by finding new customers. The success we’re having is just absolutely mind-blowing. Governor Dave Heineman, the University of Nebraska and Paul Engler – the largest cattle rancher in the world – are among our partners.

We had an instant breakthrough when a customer asked one of the companies in the program to take on the rest of the customer’s business. The company didn’t think it could handle it, but didn’t realize it was an easy matter to have the customer sign a multi-year contract we could take to the bank and get a loan for new equipment.

We also had a small Internet game company tell us they added three full-time and two part-time jobs since being with the program and expected to double the size of its team from there. You cannot believe how emotional people get when they see that somebody cares about their business and things start happening – they cry. Create new customers, and the jobs will come.

Second, I’m the chairman of the Thurgood Marshall College Fund, an association of 47 historic black colleges. We asked them to give us their 10 most unusual potential leaders from among their students—not just the smart ones, but the ones who might change the world.

So we sent almost 500 kids to New York, where they rubbed shoulders with IBM, Hewlett-Packard, and 30 other companies, plus the CIA and State Department. That experience and meeting people they would never otherwise get to meet got those kids really excited about free enterprise.

Finally, I personally mentor two kids who intern at Gallup. One just graduated from high school and the other is a seventh-grader who was born in Africa. The seventh-grader wants to spend his time off from school putting in huge hours at Gallup. When I first met him, his ambition was to become a professional basketball player, but he knew he wasn’t good enough. When I asked him about being a businessman, he asked me, “What’s that?” His goal completely changed with just the smallest conversation, it worked like magic. That’s why I think this is so doable.

Christopher M. Wright is a regular contributor to REIT magazine