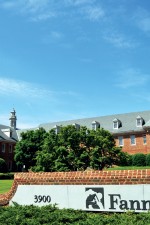 REITs’ holdings of Agency MBS grew from $40 billion in 2005 to nearly $200 billion by the middle of 2011.
An estimated $3.5 trillion in home mortgage assets will require recapitalization, including GSE portfolio holdings of mortgage loans and MBS that total roughly $1.5 trillion.

As the market for home mortgages faces a fundamental restructuring, mortgage REITs may have an opportunity to significantly expand their role in the system for home financing.

In the ongoing fallout from the 2008 financial crisis, the markets for both home and commercial mortgages  have dealt with problems related to lower asset values, underwriting standards, credit availability and refinancing. The impact on home financing has been particularly pronounced.As the market for home mortgages faces a fundamental restructuring, mortgage REITs may have an opportunity to significantly expand their role in the system for home financing.

For years, credit financing in the home mortgage market has been priced and delivered mainly through the government-sponsored enterprises (GSEs), including Fannie Mae and Freddie Mac. However, according to Calvin Schnure, NAREIT’s vice president for research and industry information, that will almost certainly change in the future.

“The future home mortgage market structure and regulatory regime are very much in flux, but most scenarios under consideration anticipate a considerably smaller role for the GSEs, which have held or securitized the lion’s share of home mortgages for the past three decades,” Schnure says. “As the GSE role is scaled back, other players in the

financial sector will be called upon to recapitalize several trillion dollars of home mortgages and MBS. Mortgage REITs may thus have a significant opportunity in the years a

head to expand their presence in the home mortgage and MBS markets.”

As of mid-2011, the total equity market cap of mortgage REITs was greater than $40 billion. REITs specializing in home mortgage financing, especially through agency MBS, represent roughly 80 percent of the sector. Other REITs that concentrate in multifamily mortgages or CMBS comprise the balance of the market.costs and the yield on their mortgage assets. In sum, secondary mortgage market investors provide 75 percent of the capital to the U.S. housing market.Mortgage REITs provide credit financing for both the housing and commercial property markets by acquiring home mortgages and home mortgage-backed securities (MBS) as well as commercial mortgages and commercial mortgage-backed securities (CMBS). Their use of debt financing allows them to profit on the spread between their borrowing
Through Nov. 30, the FTSE NAREIT Mortgage REITs Total Return Index was down 4.69 percent for 2011. The FTSE NAREIT Equity REITs Total Return Index had gained 3.46 percent during that same period, while the S&P 500 was up approximately 2 percent.

As is the case in nearly every corner of the global economy, the home mortgage market in which mortgage REITs operate changed dramatically in the wake of the financial crisis that began in 2008. Although much of the panic that set in during that crisis has subsided, Schnure maintains that the future of the home mortgage market and its regulation remains far from settled.

“Government actions, including financial support for nearly all the major banks and the conservatorship of the GSEs, helped to stabilize the market,” he says. “Market conditions remain severely stressed, however, and the future shape of the home mortgage market remains uncertain as regulatory reform proposals are being formulated and debated.”

Additionally, lending standards remain very tight, with a growing rate of foreclosures putting downward pressure on asset values.. Many analysts attribute the absence of a meaningful housing recovery to the lack of credit availability, even to well-qualified borrowers. “This highlights the need for a better way to bring capital to the housing finance system, and mortgage REITs may be a part of that solution,” Schnure says.

Certain changes in the mortgage industry do, however, appear likely, according to Schnure. Most important, all major reform proposals call for a significant decrease in the size of the GSEs’ portfolio holdings of mortgage loans and MBS, which total roughly $1.5 trillion. Most proposals, including what was proposed by the Treasury Department in a February 2011 white paper, call for a gradual wind-down of the GSEs’ holdings in the course of a 10-year period.  The resulting shift in market structure will require other market sectors to absorb and recapitalize significant volumes of home mortgage credits outstanding.

As such, the likelihood is growing that in the next 10 years, sectors other than the GSEs or Federal Reserve will have to recapitalize a major share of outstanding MBS and mortgage debt.

“I think that’s definitely a big opportunity,” says Bose George, REIT analyst with Keefe, Bruyette & Woods. “These are the only public companies that actively play that role. We think it’s a very meaningful opportunity for them over the next five to 10 years.”

“While mortgage REITs are unlikely to become the dominant form of mortgage finance, they do appear poised to grow, perhaps significantly, as the GSE, Federal Reserve and private-label MBS positions wind down,” says Schnure, who notes that REITs’ holdings of Agency MBS grew from $40 billion in 2005 to more than $200 billion by the middle of 2011.

If the mortgage REIT market is likely to expand in the near future, investors apparently haven’t caught on yet. 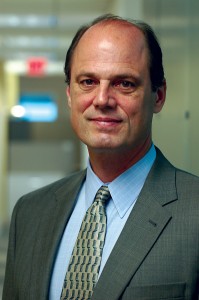 Mortgage REITs may have a significant opportunity in the years ahead to expand their presence in the home mortgage and MBS markets.

Out of a total of eight REIT initial public offerings that were held in 2011 through the end of November, three were mortgage REITs: AG Mortgage Investment Trust Inc. (NYSE: MITT), Apollo Residential Mortgage Inc. (NYSE: AMTG), American Capital Mortgage Investment Corp. (NASDAQ: MTGE). The newly public mortgage REITs accounted for less than a quarter of the more than $3.5 billion generated by REIT IPOs through the first 11 months of 2011. Of the $16.5 billion total generated by mortgage REIT equity offerings during that same period, IPOs accounted for a little less than 5 percent of the capital raised.

George notes that because most mortgage REITs are trading below book value, going public isn’t all that appealing. Instead, he says, until mortgage REITs start seeing their stock prices improve, expect established companies to garner most of the capital via secondary equity offerings. u