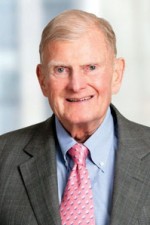 Wm. Polk Carey, founder and chairman of investment management company, W. P. Carey & Company LLC, died Jan. 2 at a West Palm Beach, Fla. hospital. He was 81.
The entrepreneur formed W. P. Carey & Co. in 1973, primarily to structure single-asset private investments. Under his leadership the firm became a global leader in the commercial real estate industry and provided capital to hundreds of companies.
“Bill saw early on the benefits of using the REIT structure to match the investment goals of individual investors seeking stable, inflation-protected dividend yields with the long term financing needs of corporate owners of real estate,” according to Trevor Bond, CEO of W. P. Carey & Co. LLC (NYSE: WPC).
Carey was a pioneer in global corporate finance for more than 60 years. He played a large role in the development of the sale-leaseback investment strategy for commercial real estate. He also was a former member of NAREIT’s Board of Governors. 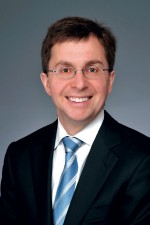 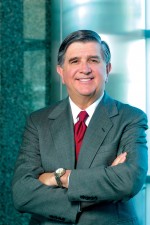 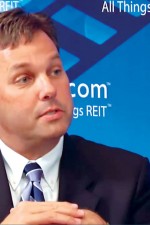 Rayonier Inc. (NYSE: RYN) announced that president Paul Boynton has added the role of CEO to his responsibilities. Boynton is replacing Lee Thomas, who will continue to serve as chairman of Rayonier until his retirement in May. At that time, Boynton will become chairman in addition to president and CEO.
Robert Alter, executive chairman at Sunstone Hotels Investors Inc. (NYSE: SHO), has stepped down. He was named chairman emeritus and will continue to serve as director until the company’s May 2012 shareholder meeting, where he will not seek re-election. Lewis Wolff has also stepped down as Sunstone’s co-chairman of the board, but will remain a board member. Keith Locker was named independent chairman of the board. 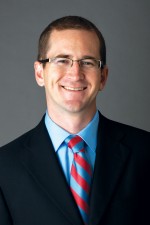